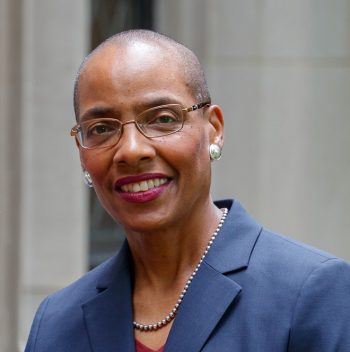 The Very Rev. Dr. Kelly Brown Douglas was named Dean of the Episcopal Divinity School at Union Theological Seminary and Professor of Theology at Union in September 2017.  She was named the Bill and Judith Moyers Chair in Theology in November 2019.  She also serves as the Canon Theologian at the Washington National Cathedral and Theologian in Residence at Trinity Church Wall Street.

Ordained as an Episcopal priest in 1983, Douglas holds a master’s degree in theology and a Ph.D. in systematic theology from Union.

Douglas is the author of many articles and five books, including Sexuality and the Black Church: A Womanist Perspective and Stand Your Ground: Black Bodies and the Justice of God.  Her academic work has focused on womanist theology, sexuality and the black church.