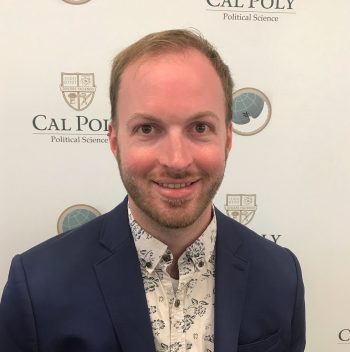 Cravens received his Ph.D. in Political Science from the University of Tennessee in 2017, and he joined the faculty at Cal Poly in 2019. He currently teaches in the areas of American Politics and Political Theory.

His research examines political attitudes and participation among LGBTQ people. Specifically, Cravens’ published work explores how religion, sexuality, race, and gender interact to influence identity development and political activity among LGBTQ people. He has been awarded both the Bailey and Cynthia Weber prizes from the American Political Science Association for his LGBTQ-focused research and his work has been featured in multiple academic journals.

Cravens resides in California with his husband and partner, Darren.