Women in America are deeply divided along the lines of party, education, and race and ethnicity in what issues they consider critical to the country. In PRRI’s 2020 American Values Survey, around six in ten women consider the coronavirus pandemic (61%), the fairness of presidential elections (60%), and health care (59%) critical issues. About half of women consider jobs and unemployment (52%), foreign interference in presidential elections (51%), crime (49%), terrorism (48%), racial inequality (46%), and climate change (45%) critical issues. About four in ten or fewer consider the growing gap between rich and poor (42%), the appointment of U.S. Supreme Court judges (40%), abortion (38%), immigration (35%), the federal deficit (34%), and trade agreements with other countries (21%) to be critical. 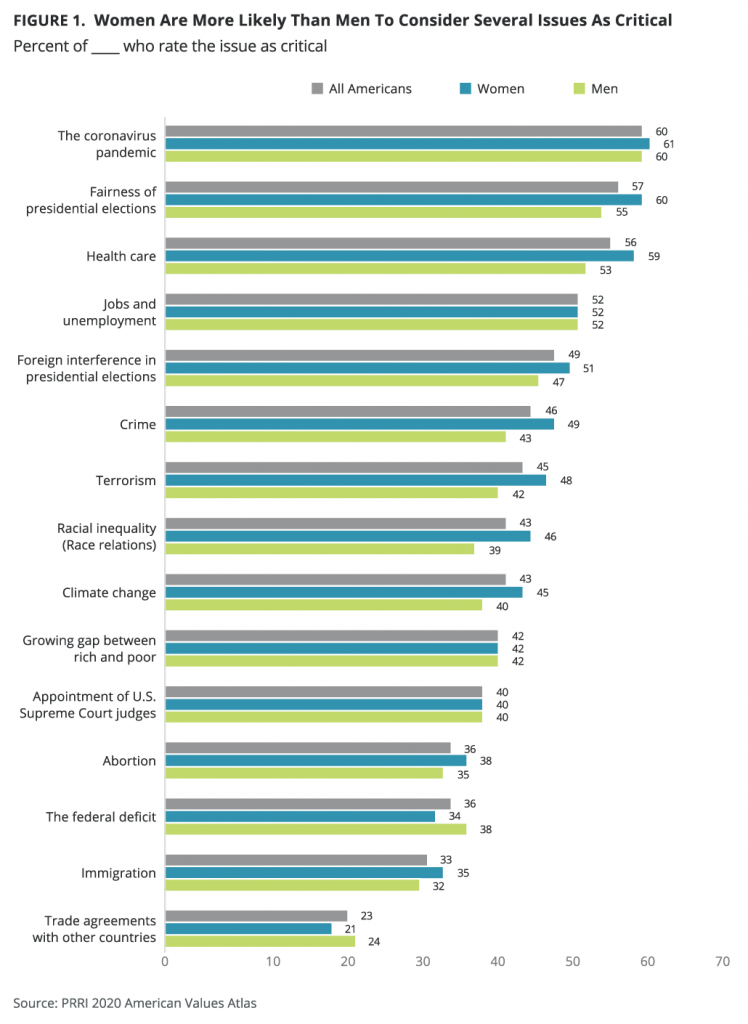 However, these differences are mostly attributable to the gap in partisan identification among men and women. Women are more likely than men to be Democrats (36% vs. 29%) and less likely than men to be Republicans (24% vs. 31%). Comparing men and women within partisan groups reveals that there are only small gender differences on a handful of issue priorities. In fact, women only differed significantly from their male partisan counterparts on five of the issues tested, and there were no significant differences between independent women and independent men on any issue. 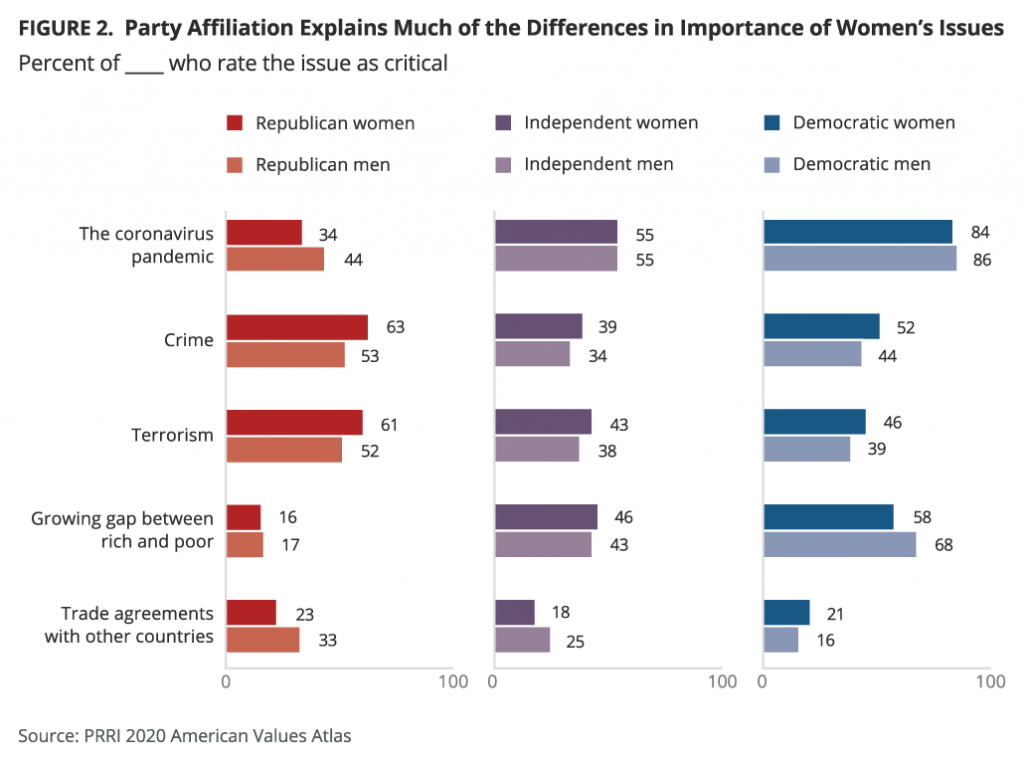