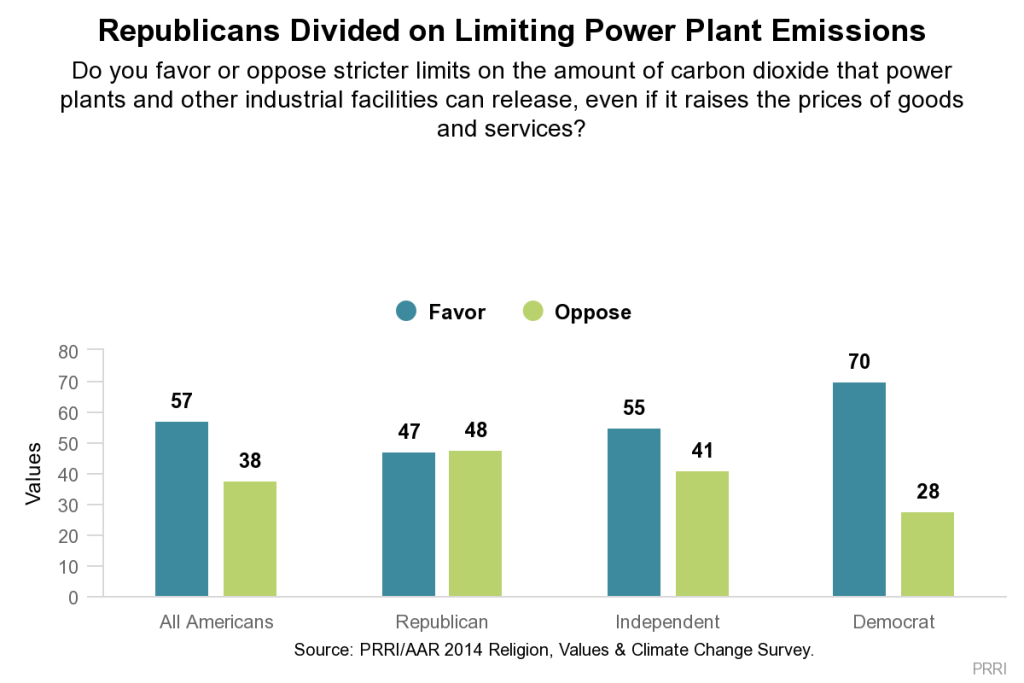 A majority (57 percent) of the country favors stricter limits on the amount of carbon dioxide that power plants and other industrial facilities can release, even if it raises the prices of goods and services. Seventy percent of Democrats and 55 percent of independents agree. And even among Republicans, there is no clear consensus: 47 percent favor stricter limits while 48 percent oppose them.

White evangelical Protestants, another key part of President’s Trump’s base, are also divided. Just under half (49 percent) favor stricter limits on power plants, while 45 percent are opposed.

For more, read through the PRRI/AAR climate change survey.

Related Research
Believers, Sympathizers, and Skeptics: Why Americans are Conflicted about Climate Change, Environmental Policy, and Science
Americans Think Climate Change is a Serious Threat—For Other People
Thanks for signing up!
Tweet
Tweet
Tweet