Despite continued appeals to the Black community and hyperbolic statements that he has done more for Black Americans in the U.S. than any other president, President Donald Trump has never gained much traction with the group. PRRI polls have consistently found that fewer than one in five Black Americans view the president favorably, with an average of around 16% viewing him favorably throughout his presidency. 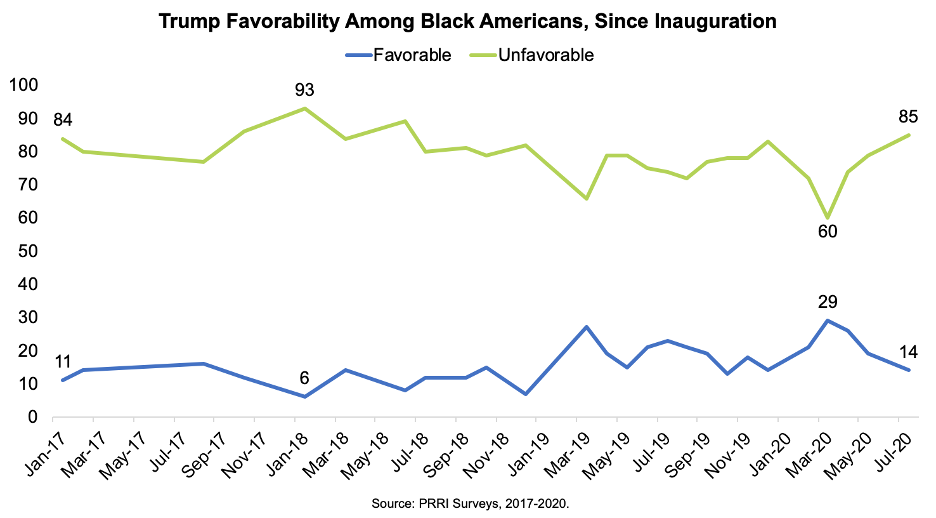 As easy as it would be to believe that Trump’s numbers with Black Americans are historically bad, that is actually not the case. Black Americans have been largely sour on Republican presidents for at least the last four decades, and much of the modern polling era. Even when President George W. Bush got a large bump in approval in the aftermath of the Sept. 11, 2001, terrorist attacks, his approval among Black Americans remained under 50%. It sunk back to an average of 11% in his second term, according to Gallup.

Some GOP presidents have managed better approval ratings, but Black Americans have not awarded any Republican presidential candidate more than 17% of the vote (for Gerald Ford in 1976) since 1964. In 2008, John McCain only won 4% of Black voters against Barack Obama, the nation’s first Black candidate, and in 2012 Mitt Romney fared little better against Obama, receiving 6% of the Black vote. Trump’s 8% in 2016 was right in line with these recent trends, and similar to the 11% George W. Bush received in 2004 (the last time prior to 2016 Obama was not on the ballot). 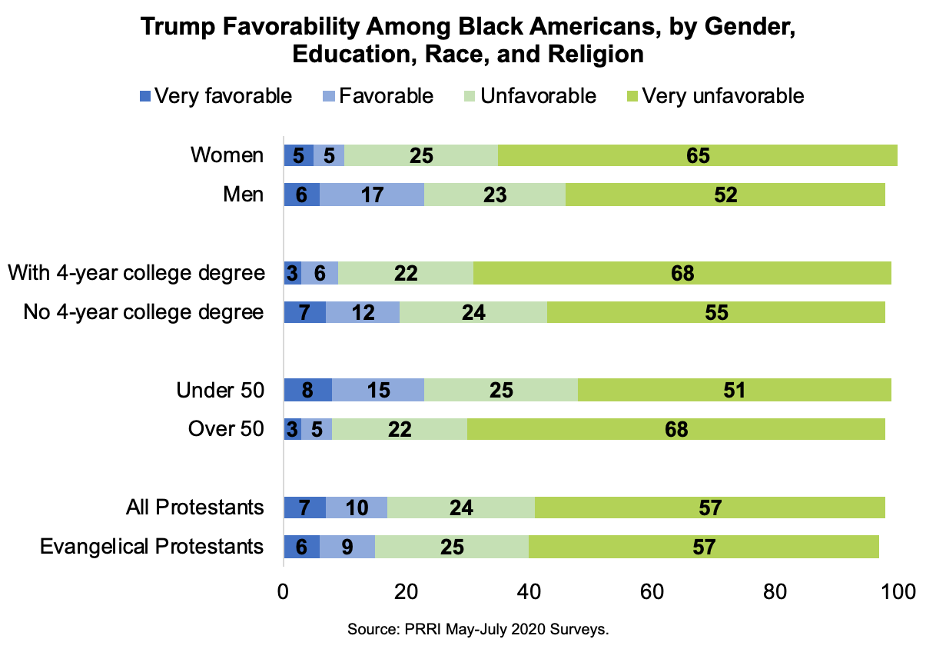