Sen. Susan Collins, a key moderate Republican, has indicated she will not vote to confirm a Supreme Court nominee who will vote to overturn Roe v. Wade. Recently, the senator said, “A candidate for this important position who would overturn Roe v. Wade would not be acceptable to me, because that would indicate an activist agenda that I don’t want to see a judge have.” Collins, who represents the state of Maine, has been a critical swing vote on issues like health care and tax reform. She is the first, and possibly only, Republican senator to indicate that the nominee’s position on Roe v. Wade would be a deciding factor in her vote.

A critical factor in Collins’ vote on the issue may be the views of her constituents, who are among the most supportive of legal abortion in the U.S. In 2014, two-thirds of Maine residents said abortion should be legal in most (41 percent) or all cases (26 percent). Only three in ten Maine residents think abortion should be illegal in most or all cases. In only two states do residents express greater support for legal abortion: New Hampshire (73 percent) and Vermont (69 percent). 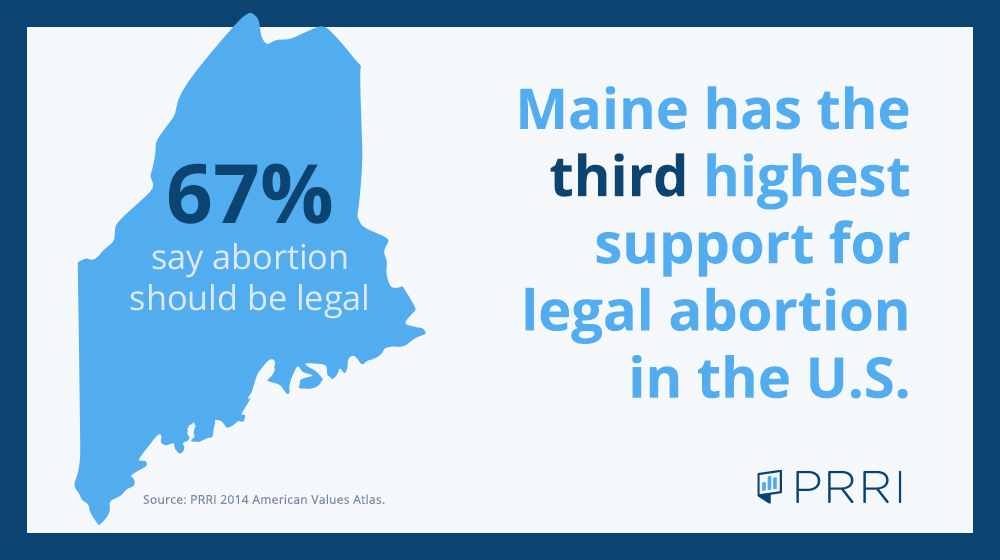 Collins is the only GOP senator representing a New England state, and as of now, she is the only GOP senator who has indicated Roe v. Wade will be a threshold issue in her vote. Although she will almost certainly face significant pressure from her colleagues to support the eventual nominee, her decision may also be influenced by her constituents—including her Republican constituents—who believe abortion should remain legal.

Religion News Service
40 Years After Roe v. Wade, How Do Americans Really Feel About Abortion?
Related Research
A Real-Life Handmaid’s Tale? Forty Percent of Americans Say Abortion Could Be Illegal in Their Lifetime
Abortion After 40 Years of Roe: Legal But Restricted
Thanks for signing up!
Tweet
Tweet
Tweet