When it comes to finding love, most nonreligious Americans don’t believe it’s a major issue if their partner doesn’t share their religious beliefs. Only 17 percent of unaffiliated Americans say that having different religious beliefs can be a major problem for a marriage or romantic relationship. In contrast, a majority (56 percent) of white evangelical Protestants say the same. 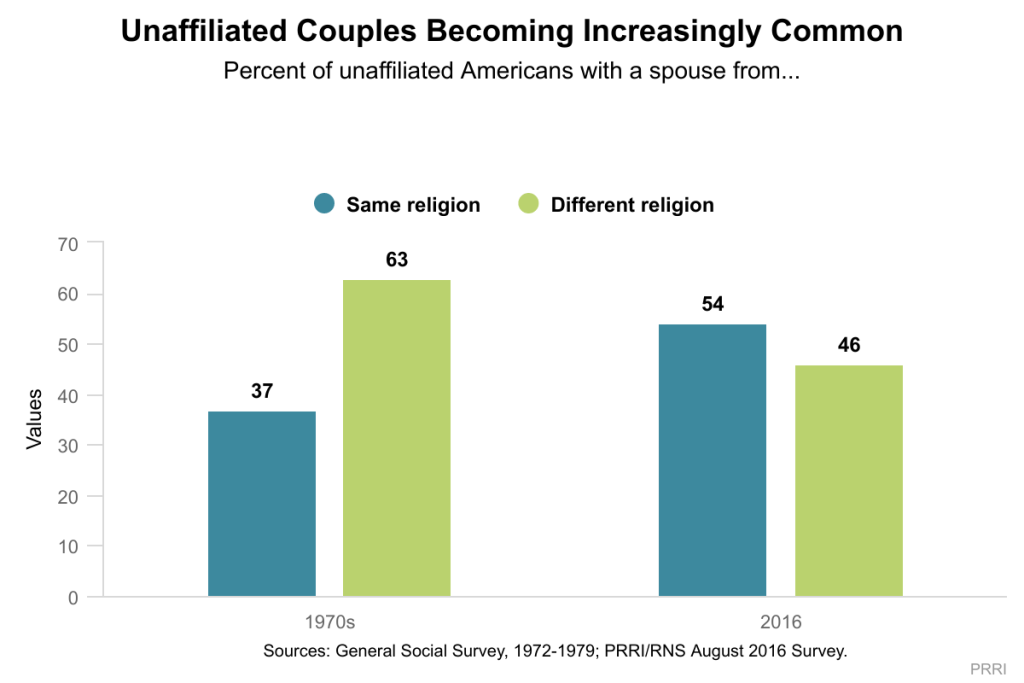 The rise of secular couples may be as much about opportunity as preference. The proliferation of online dating and social networking websites has made it easier than ever for nonreligious Americans to find each other. Sites like Atheist Passions and Free Thinker Match cater exclusively to nonreligious singles. On mainstream dating sites, being nonreligious can be an asset—atheist users tend to have more luck than religious users. In an analysis of 500,000 members the online dating site, OKCupid, found that nonreligious identifiers had the highest match percentage, while profiles that mentioned God had the lowest.

If the unaffiliated population continues to grow it is likely that the number of secular romances should rise as well. That’s good news if you have a rustic barn to rent out.

Related Research
Strong Gender Divisions in How Americans Plan to Spend Valentine’s Day
Exodus: Why Americans are Leaving Religion—and Why They’re Unlikely to Come Back
Thanks for signing up!
Tweet
Tweet
Tweet