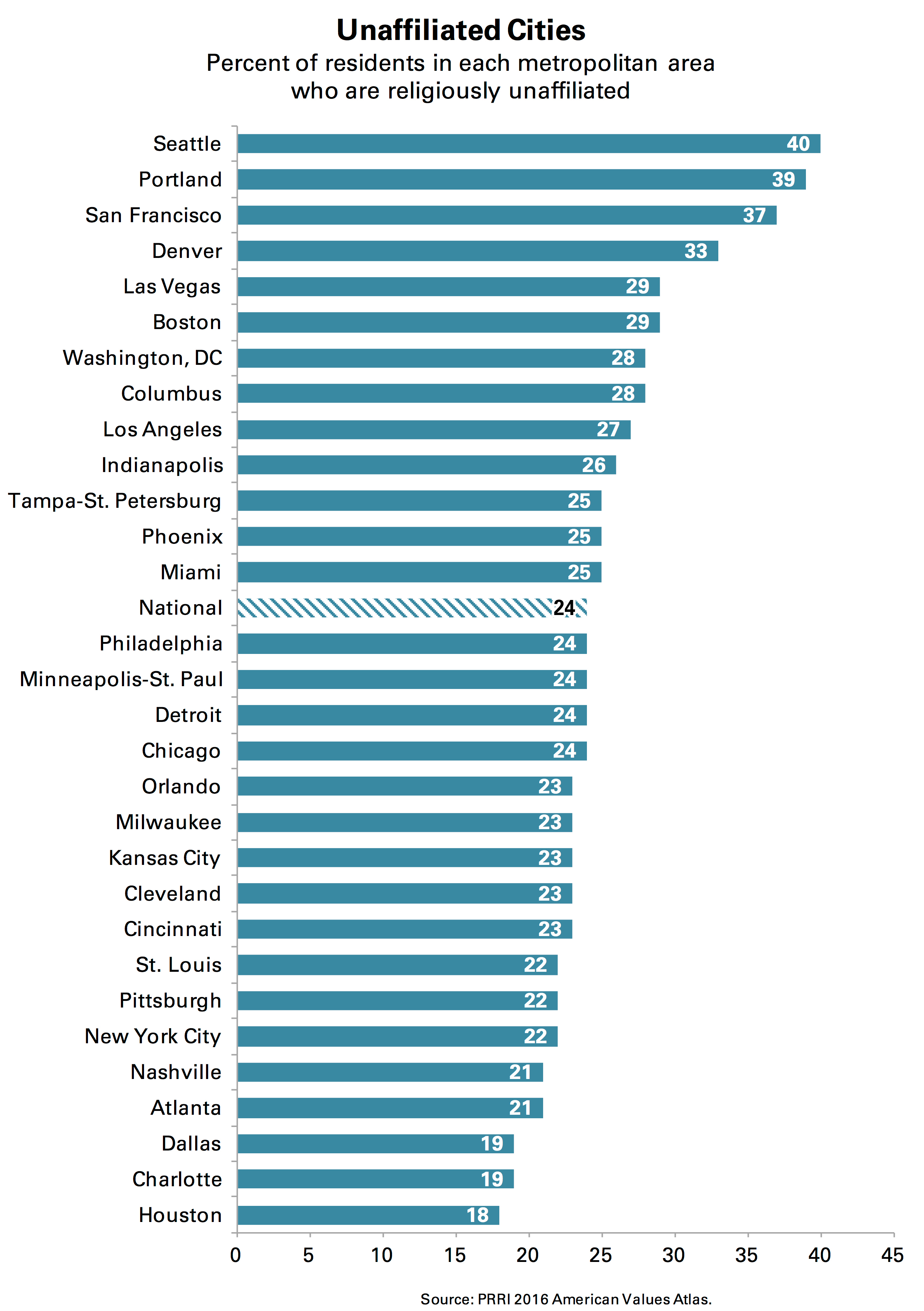 The Pacific Northwest cities of Seattle (40 percent) and Portland (39 percent) have the largest share of unaffiliated Americans, followed closely by San Francisco (37 percent). At 28 percent, our nation’s capital is slightly more unaffiliated than the public overall. Columbus (28 percent) and Indianapolis (26 percent) are the only two Midwestern cities with above-average percentages of unaffiliated individuals, and the bottom five metro areas are all in the South.

While most metro areas’ religiously unaffiliated population have grown in the last few years, some cities experienced monumental growth. Las Vegas saw the most growth: A jump of 8 percentage points, from 21 percent to 29 percent. Portland (39 percent), San Francisco (37 percent), Columbus (28 percent), and Tampa (25 percent) all experience 6-point jumps between 2013 and 2016.

Find out the religious make-up of your city and state by visiting the American Values Atlas.

PRRI’s “America’s Changing Religious Identity” and American Values Atlas are based on more than 101,000 interviews. Metro areas are based on U.S. Census definitions. The metro areas included in the AVA include the largest and most culturally important urban centers in each region.