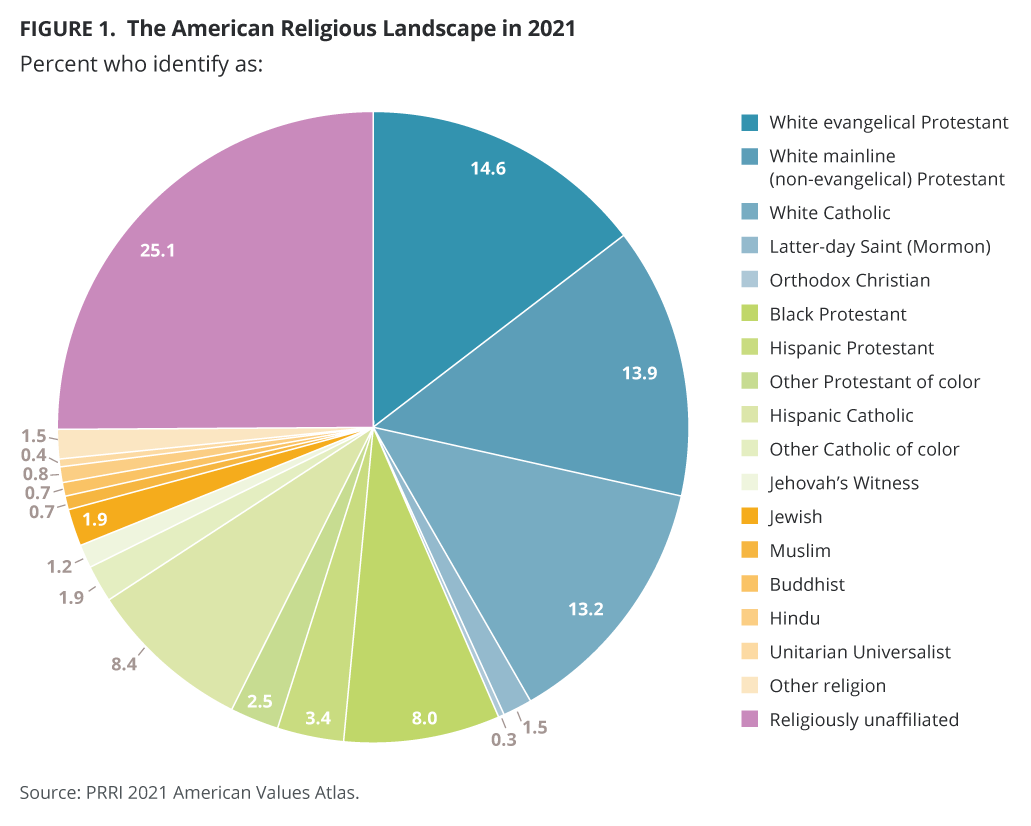 An additional quarter of the country is comprised of Christians of color, meaning Christians who are Black, Hispanic, Asian American, Native American, multiracial, or any other race or ethnicity. This figure is also essentially unchanged from 2020. The remaining six percent of Americans belong to a different religion, including those who are Jewish, Muslim, Hindu, Buddhist, Unitarian Universalist, or any other world religion. 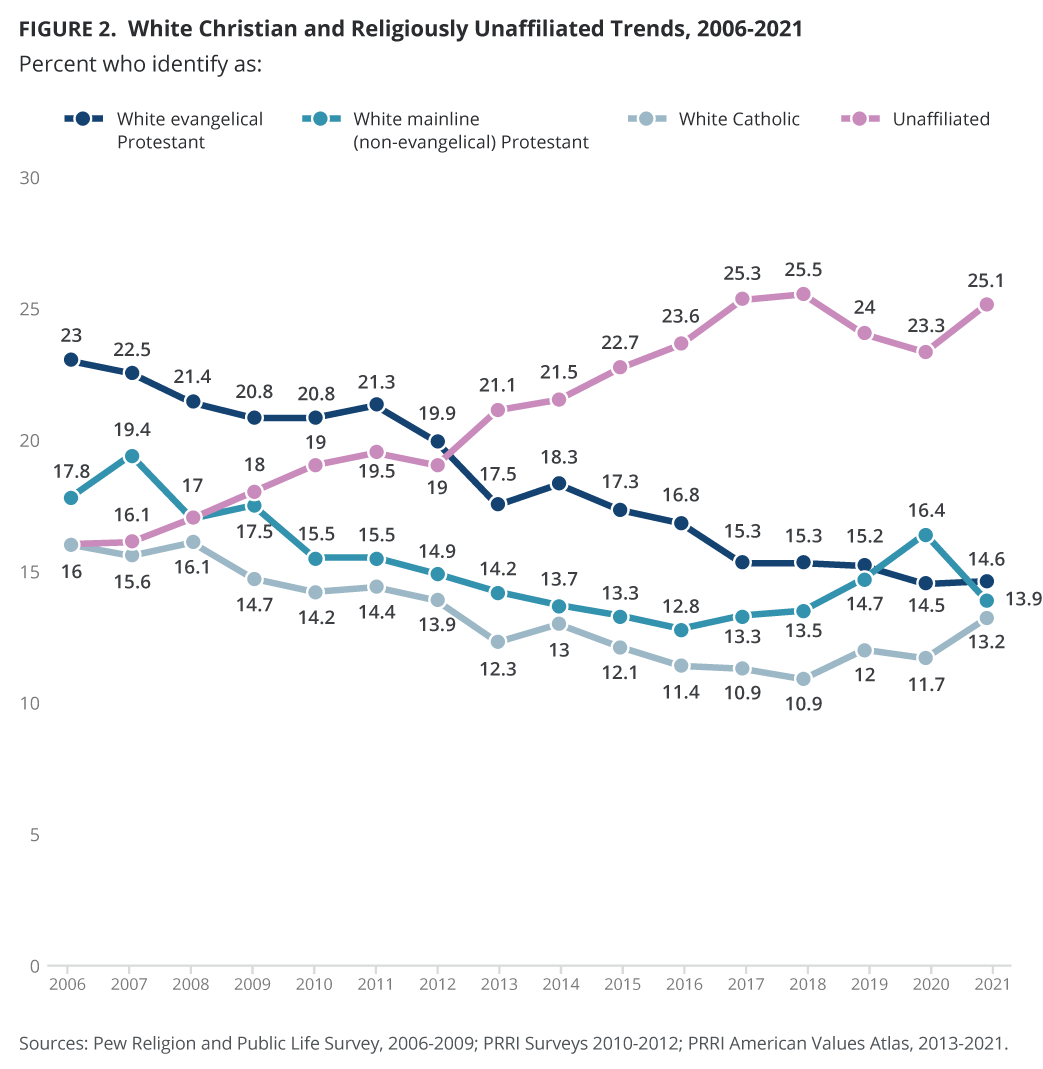 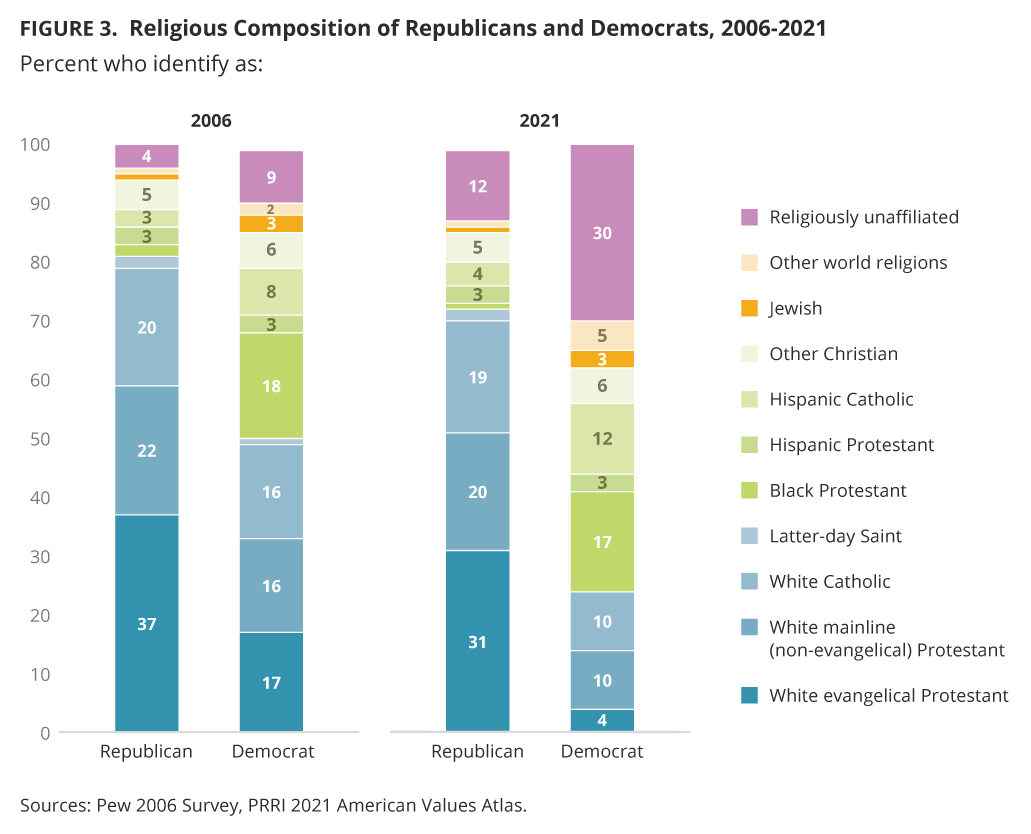 Both parties have seen considerable shifts in the religious makeup of their constituencies over the last 15 years, but Democrats have seen a much more sweeping shift, from 85% Christian in 2006 to 62% in 2021 (23 percentage points), than Republicans did, going from 94% to 85% Christian (9 percentage points). The largest changes have occurred within the Democrats’ ranks, dropping from 17% white evangelical Protestant to four percent, and increasing from nine percent religiously unaffiliated to 30%. The proportion of white evangelicals among those who are Republican has decreased as well, but not by nearly so much — from 37% to 31% — and the increase in those who are religiously unaffiliated was also smaller, from four percent to 12%. 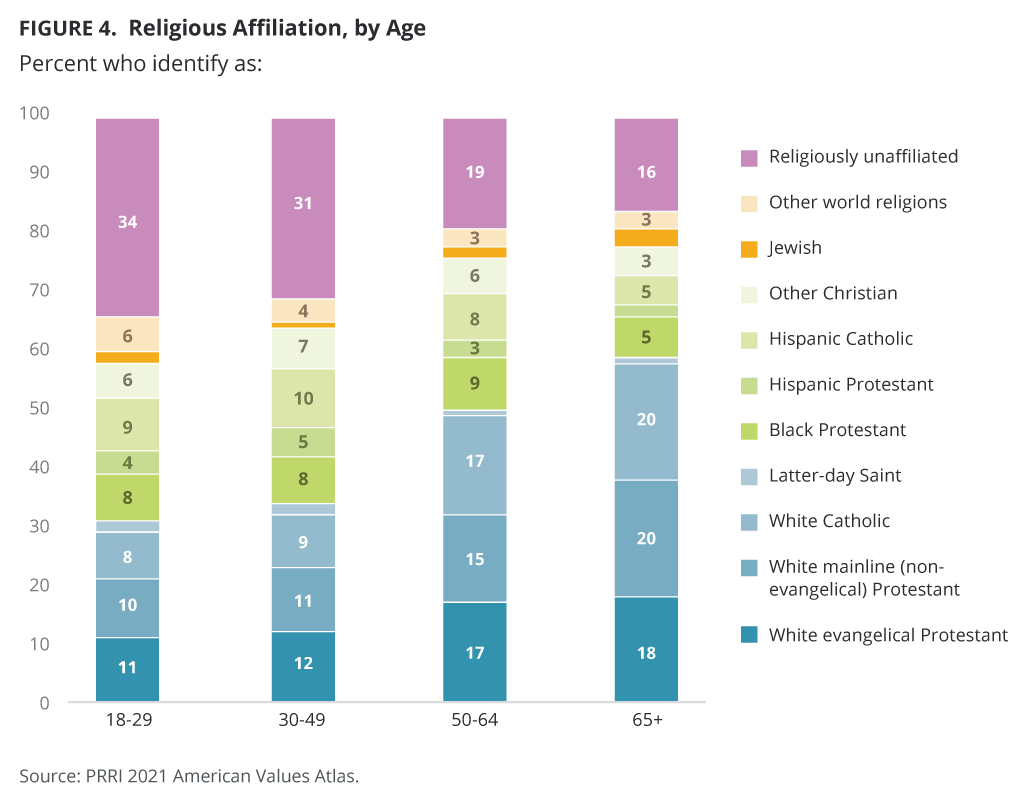 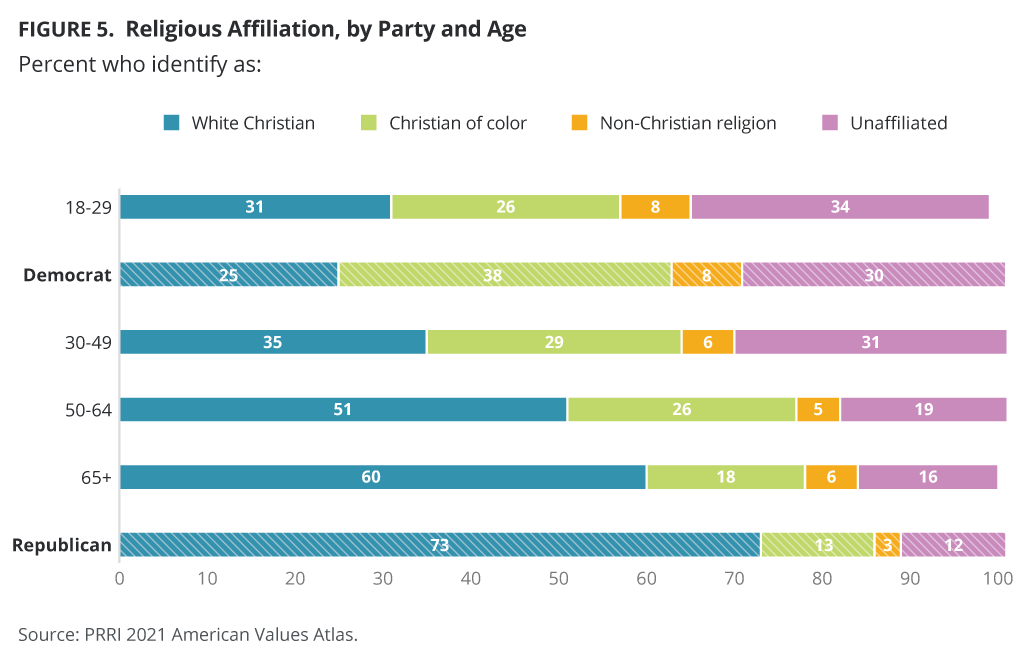 [1]Due to rounding, many numbers appear to be farther apart than they are. For example, the percentage of white Christians in 2020 is 44.1, and in 2021 it is 44.7. This difference is right at the edge of statistical significance, with a design-effect adjusted margin of error of +/- 0.6 percentage points.