After an historic eight years in office, President Obama will offer a farewell address to the nation and final insight on the state of the union this week. Using the 2016 American Values Survey, we took a look at where Americans of different religious, racial, class, and political stripes stand on their views of the outgoing president. 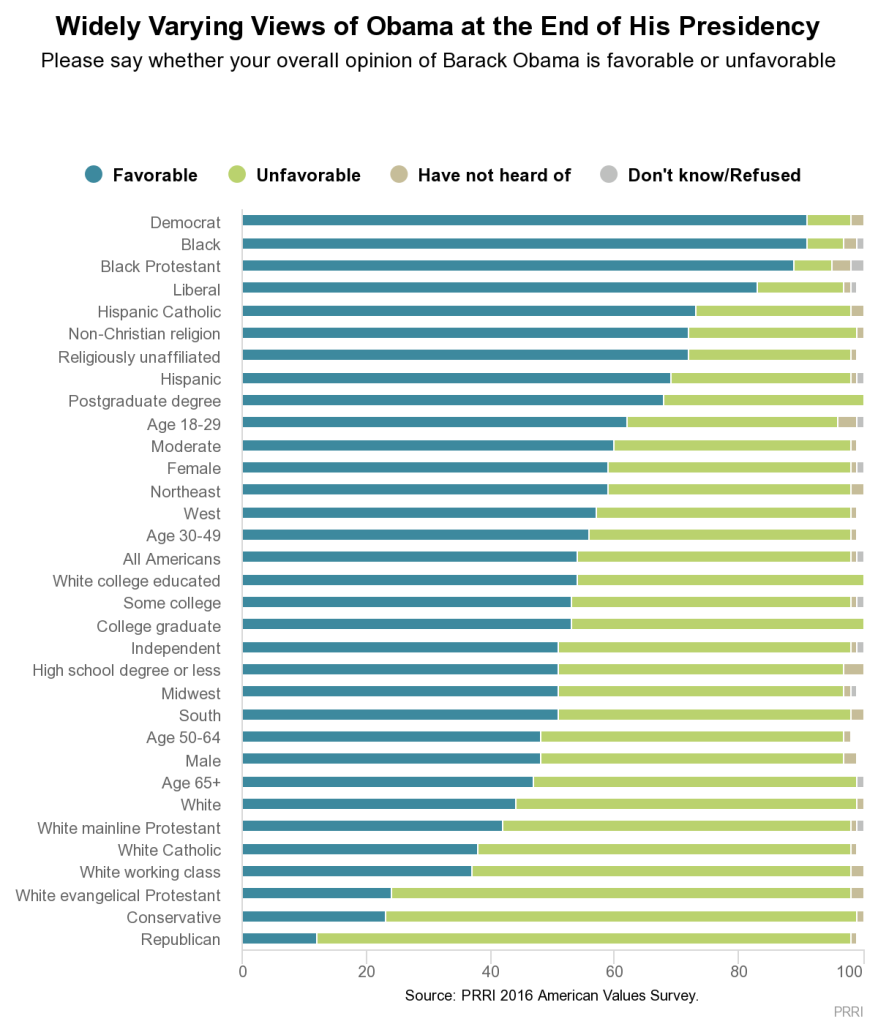 There are notable racial divides. Over nine in ten (91 percent) blacks and nearly seven in ten (69 percent) Hispanics view Obama favorably, compared to a majority (55 percent) of whites overall who report an unfavorable view of the retiring president. Among whites, socioeconomic class reveals a stark divide on the issue. About six in ten (61 percent) white working-class Americans report an unfavorable view of President Obama, while a majority (54 percent) of white college-educated Americans view him favorably.

Young Americans are more likely to view the outgoing president favorably than their older counterparts. More than six in ten (62 percent) young adults (ages 18-29) say they hold a mostly or very favorable view of Obama, while a slim majority (52 percent) of seniors (ages 65+) view him mostly or very unfavorably.

The Huffington Post
8 Years Did Little To Sway White Evangelicals’ Views On Obama
Related Research
The Divide Over America’s Future: 1950 or 2050? Findings from the 2016 American Values Survey
Nearly One in Five Female Clinton Voters Say Husband or Partner Didn’t Vote | PRRI/The Atlantic Post-election Survey
A Look Back: 2016 PRRI Findings That Will Shape Politics in 2017
Thanks for signing up!
Tweet
Tweet
Tweet