Under mounting pressure from an FBI probe scrutinizing the president’s ties to Russia as well as a record government shutdown approaching its 5th week, calls for impeachment are beginning to percolate among political observers. Over the course of President Trump’s presidency, PRRI has surveyed Americans on this very topic.

Nearly half (47%) of Americans say that based on what they have read or heard, President Trump should be impeached, compared to 51% who disagree. In February 2017, shortly after Trump took office, only three in ten (30%) Americans supported Trump’s impeachment.[1] 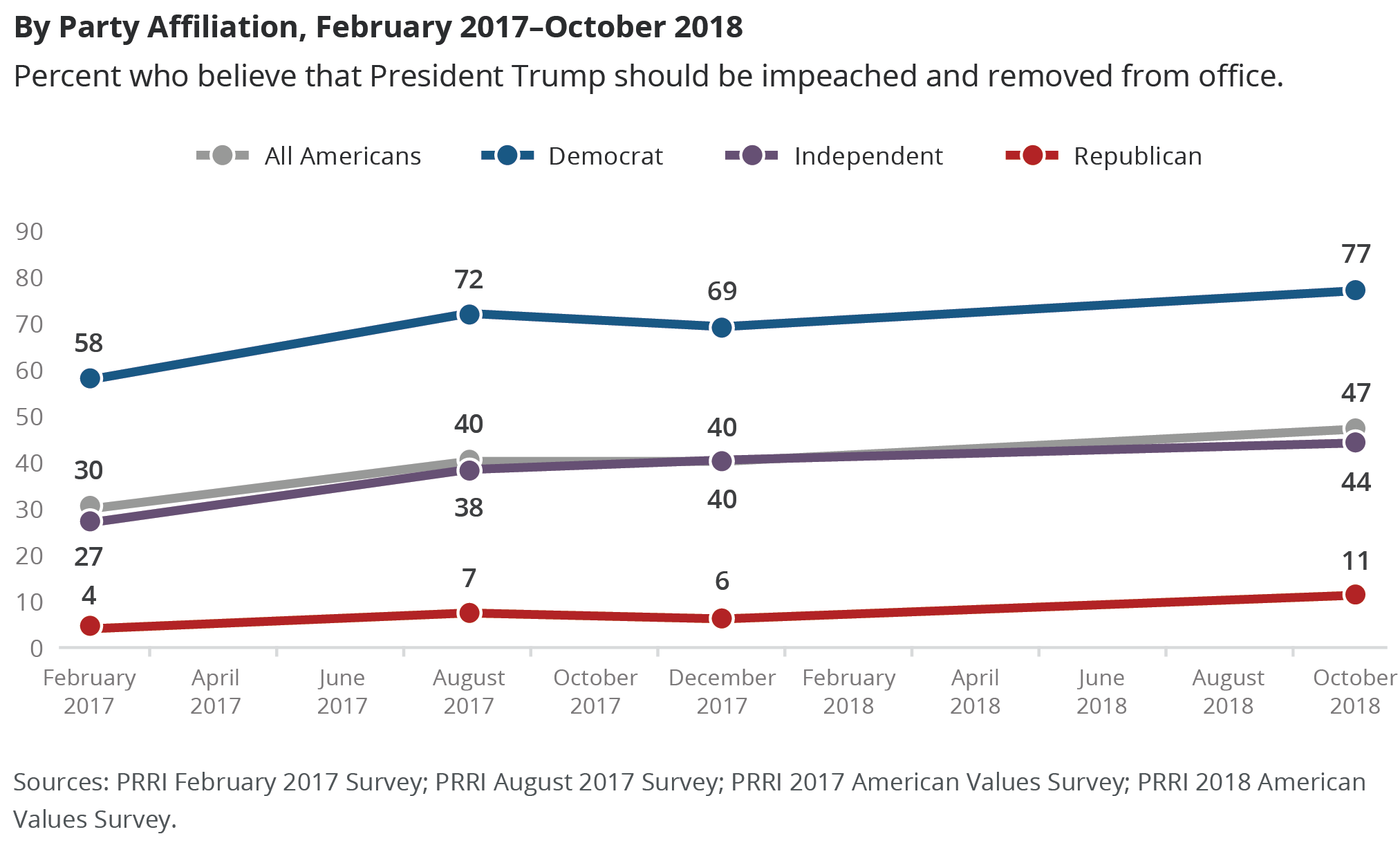 More than three-quarters (77%) of Democrats and about four in ten (44%) independents say that the president should be impeached. Even about one in ten (11%) Republicans agree with this sentiment. Democrats, independents, and Republicans are all more likely than they were at the start of Trump’s presidency to say that he should be impeached (58%, 27%, and 4%, respectively). Notably, the gap between Republicans and independents has broadened significantly over this time, from 23 percentage points to 33 percentage points.