With a leak from the U.S. Supreme Court indicating that Roe v. Wade, the 1973 decision that affirmed a constitutional right to abortion, will be overturned in the coming weeks, new data from PRRI shows that the court’s decision will be far removed from what most Americans want. As of March 2022, a broad majority of Americans oppose overturning Roe v. Wade (61%) and just over one-third (36%) support it. Opposition is highest among Democrats (74%), including a majority (56%) who strongly oppose overturning Roe. Most independents (61%) also oppose a Roe overturn.

PRRI has previously surveyed all 50 states in the 2018 American Values Atlas. The state-by-state results reveal that across the country, majorities of Americans in most states support abortion legality in most or all cases. In no state does more than one in four Americans say abortion should be illegal in all cases. 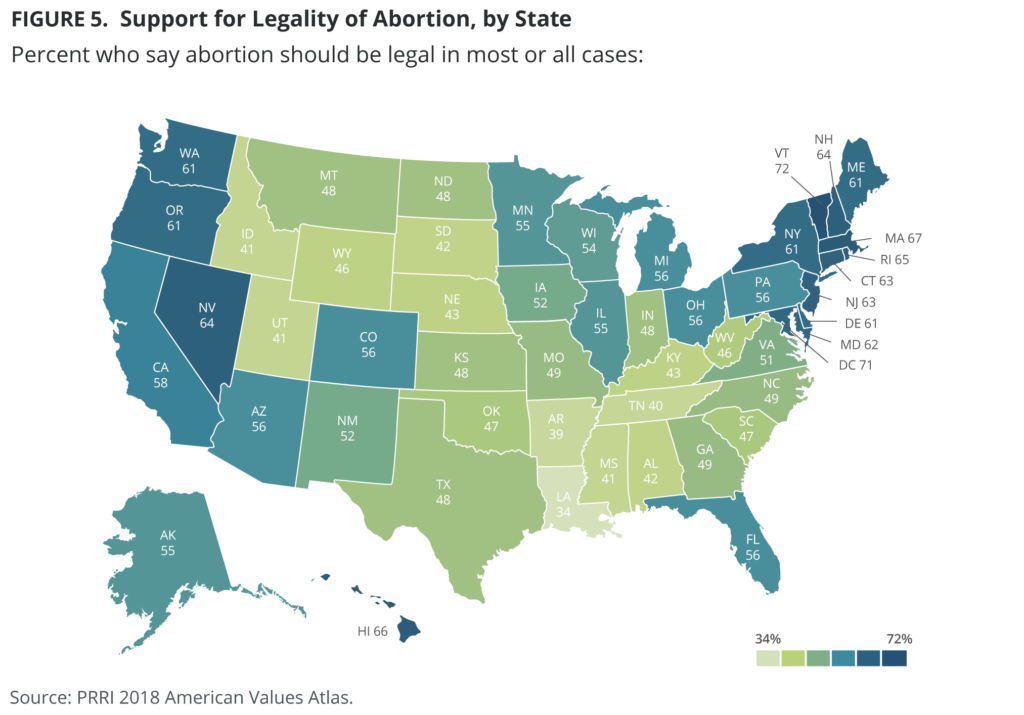 The survey was designed and conducted by PRRI. The survey was conducted among a representative sample of 5,042 adults (age 18 and up) living in all 50 states in the United States who are part of Ipsos’s Knowledge Panel, and an additional 419 who were recruited by Ipsos using opt-in survey panels to increase the sample sizes in smaller states. Interviews were conducted online between March 11 and 30, 2022.

The margin of error for the national survey is +/- 1.6 percentage points at the 95% level of confidence, including the design effect for the survey of 1.4. In addition to sampling error, surveys may also be subject to error or bias due to question wording, context, and order effects. Additional details about the KnowledgePanel can be found on the Ipsos website:  https://www.ipsos.com/en-us/solution/knowledgepanel

Results are based on a subset of 40,292 telephone interviews (including 24,149 cell phone interviews) conducted between March 14, 2018 and December 16, 2018 by professional interviewers under the direction of SSRS. The margin of error for issue subsample is +/- 0.5 percentage points at the 95% level of confidence. The design effect for the total sample, the issue subsample, and the same-sex marriage question subsample is 1.4.  In addition to sampling error, surveys may also be subject to error or bias due to question wording, context, and order effects.

CNN
Analysis: Why the Republican offensive on abortion is escalating 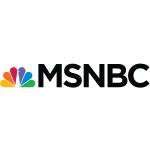 The Washington Post
Michigan Gov. Whitmer sues in bid to protect access to abortion
Related Research
The State of Abortion and Contraception Attitudes in All 50 States
Political and Religious Identities and Views on Abortion
The Link Between Opposition to Abortion and Denying Structural Racism
Thanks for signing up!
Tweet
Tweet
Tweet