The COVID-19 pandemic, social justice movements, and economic uncertainty have all had an impact on Americans’ trust in government. In 2017 and 2021, PRRI asked American adults a series of questions related to their trust in various levels of government, and, though the topline numbers did not move significantly in the intervening years, several demographic and religious subgroups did display a shift in levels of trust over time. Republicans generally distrust all levels of government more in 2021 than they did in 2017, while the opposite is true of Democrats.

Partisans Have Switched Places on Trusting the Federal Government 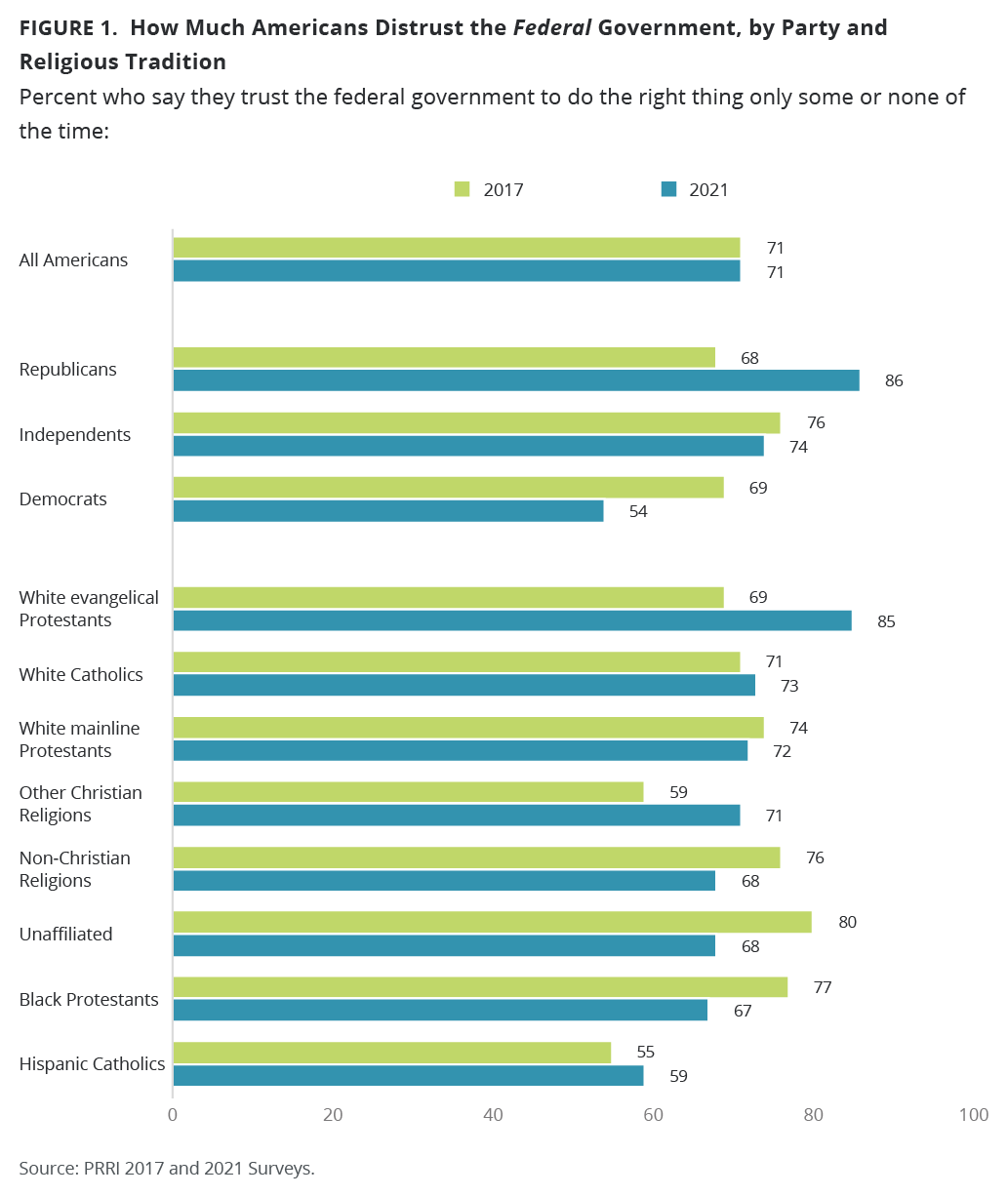 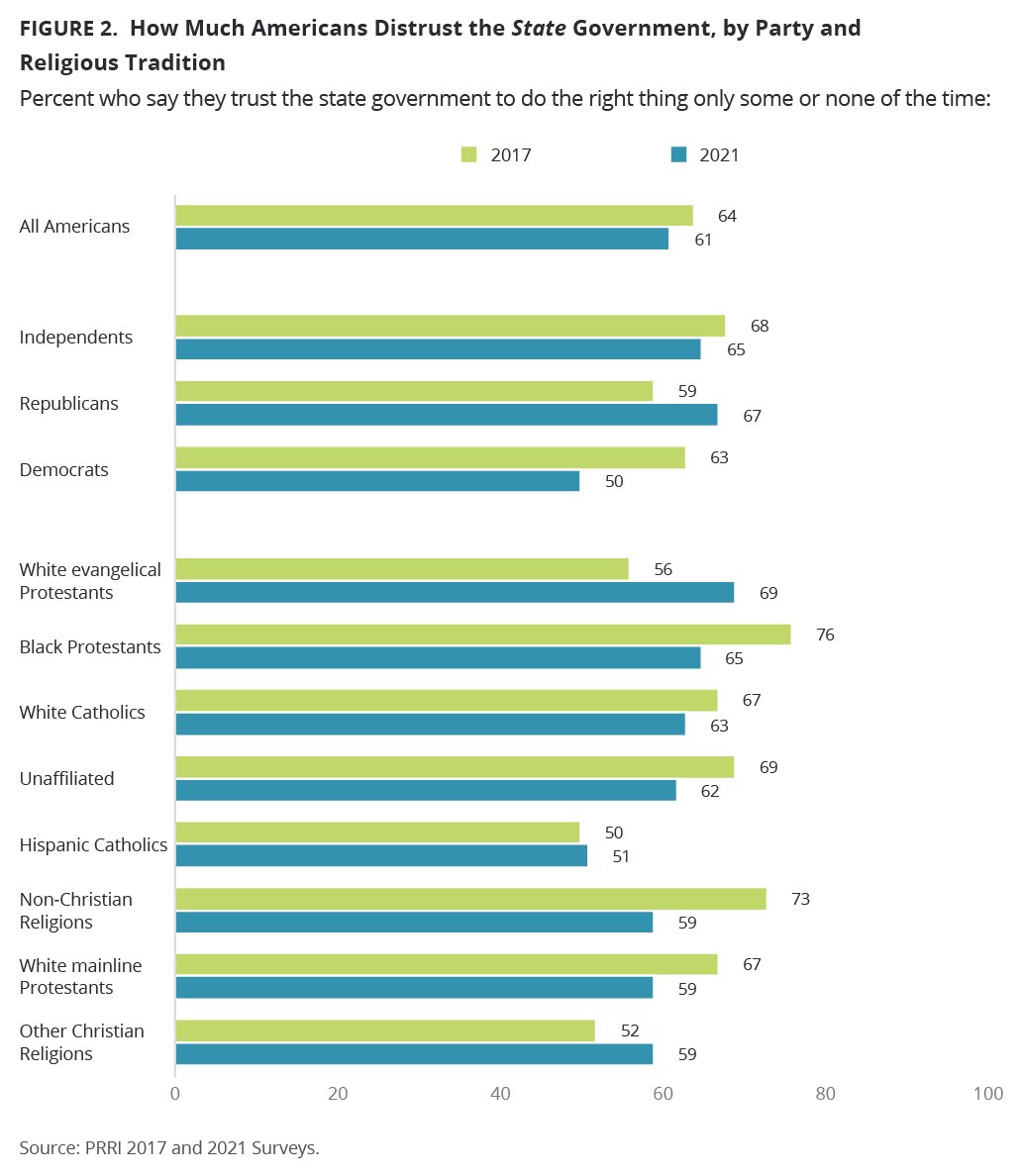 [1] Another race includes those who are Asian American or Pacific Islander, Native American, and multiracial. Sample sizes were not large enough to report these groups separately.