The Graphic of the Week highlights data from PRRI’s newest study, “I Know What You Did Last Sunday: Measuring Social Desirability Bias in Self-Reported Religious Behavior, Belief, and Belonging,” which finds that Americans tend to exaggerate how often they attend religious services. By comparing survey modes, the study concludes that Americans are more likely to report higher levels of religious participation when polled by live interviewers on the telephone than they are when completing a self-administered online survey.

On the telephone, 30 percent of Americans overall say they seldom or never attend religious services; that number jumps to 43 percent when Americans respond online.

The study also found significant differences between younger and older Americans, as well as among people living in different regions of the country, in the degree to which they inflate religious participation. For more information about the study, click here. 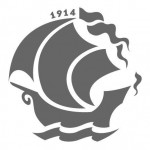