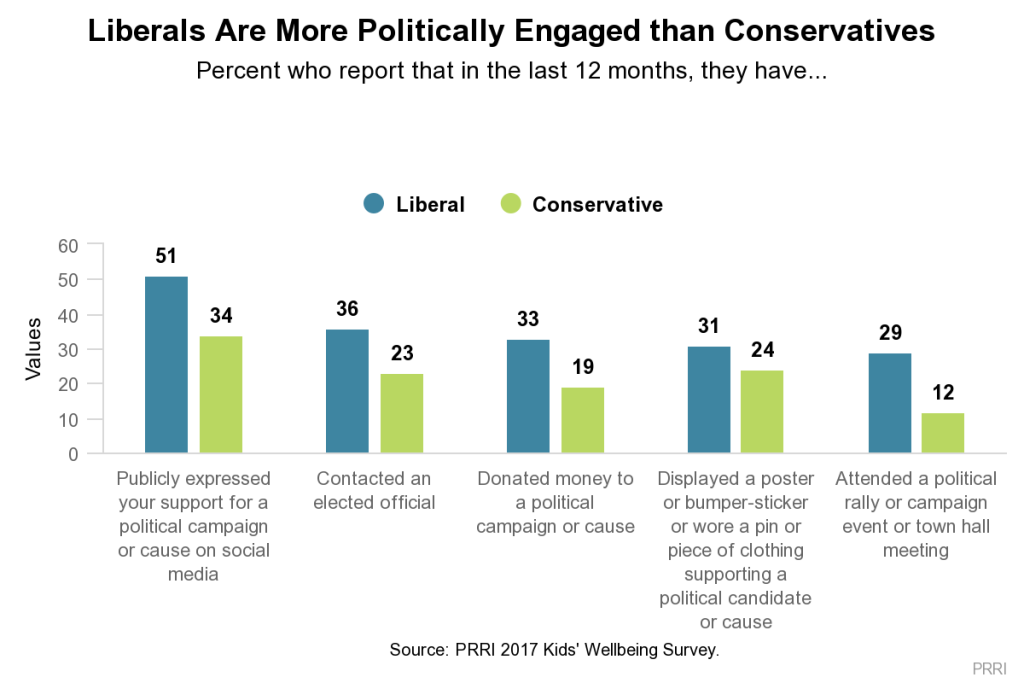 There is no doubt that 2016 was a good election year for conservative politics. Republicans control all the levers of power at the federal level and retain a substantial advantage over Democrats at the state level. However, with an election looming just 12 months away much of the energy is now among the political left. New PRRI analysis reveals that liberals more than conservatives are reporting substantially greater involvement across a range of different political activities within the last year.

These results are consistent with research that has shown that protests are being dominated by left-leaning groups and individuals. According to analysis by researchers at The Washington Post, 83 percent of protests in August 2017 in the U.S. have been in opposition to Trump or his administration.