The nation’s capital is still reeling after President Trump’s brusque firing of FBI Director James Comey. While the dismissal was within the president’s power, the abruptness of Comey’s departure was another reminder that the country has a president who isn’t used to sticking to precedent. To better understand how partisans are reacting to this news, we looked at attitudes on authoritarian leadership among the public. 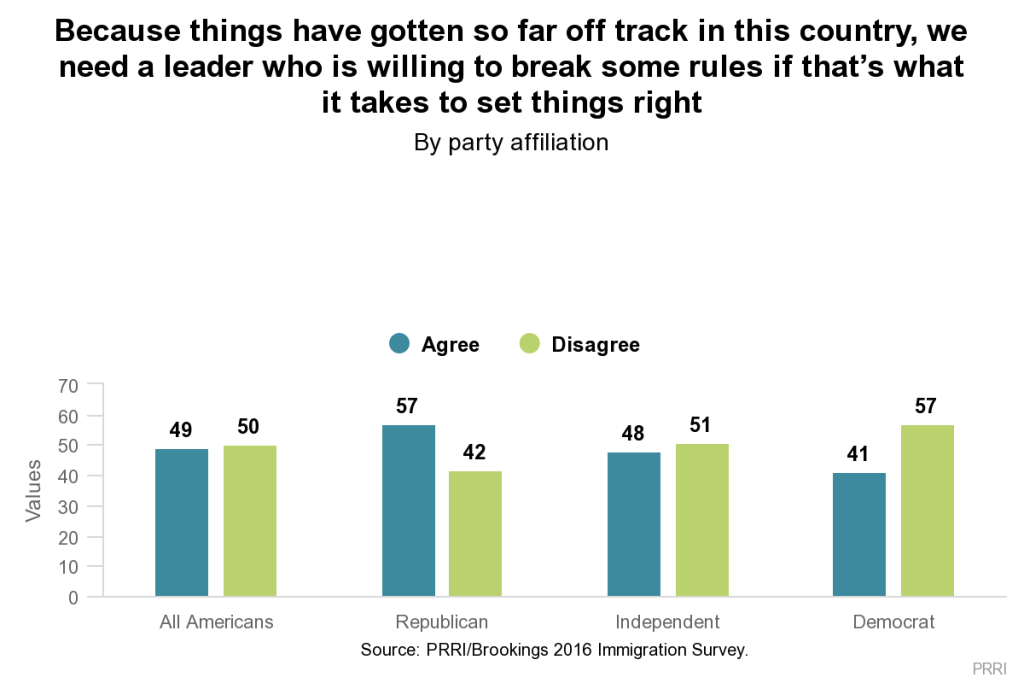 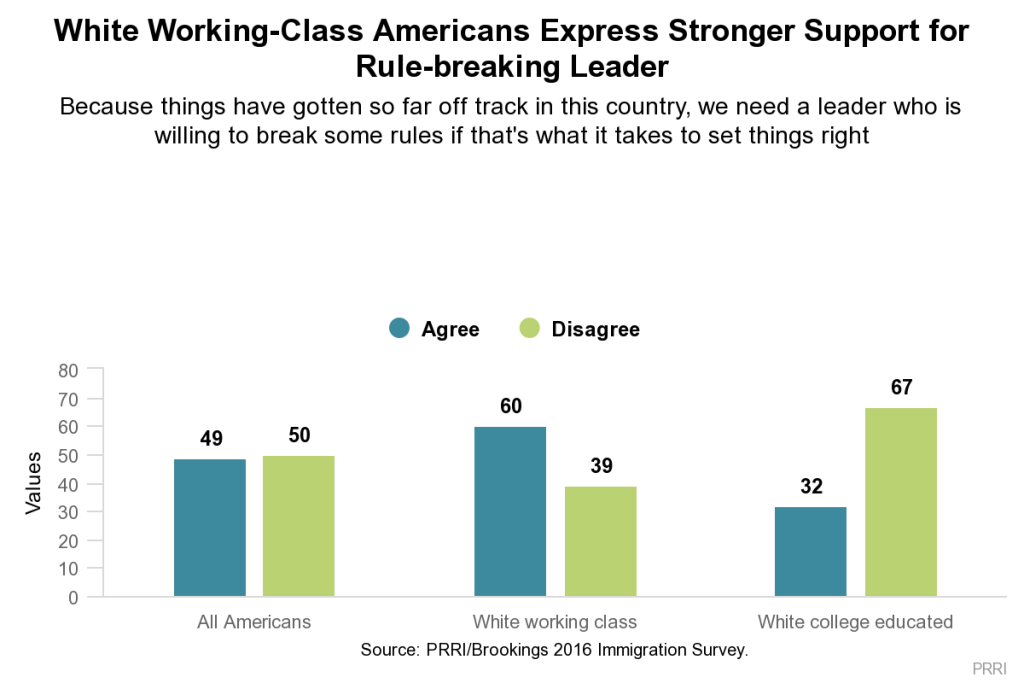 Individuals who feel as though American culture is being threatened are also more likely to say that the country needs a leader willing to break some rules. Those who agree that the American way of life needs protection from foreign influence are much more likely than those who disagree to say that we need such a leader (59 percent vs. 36 percent, respectively).