In the wake of disproven allegations of voting fraud in the 2020 election and subsequent efforts to restrict voting access across the country, PRRI included questions about elections and voting in its fall 2021 American Values Survey. As the nation prepares to observe the anniversary of the January 6 insurrection at the U.S. Capitol by supporters of former President Donald Trump, the findings illustrate that, although partisanship and far-right news consumption continues to play a major role in shaping views, a large majority of Americans support a federal voting-rights law. 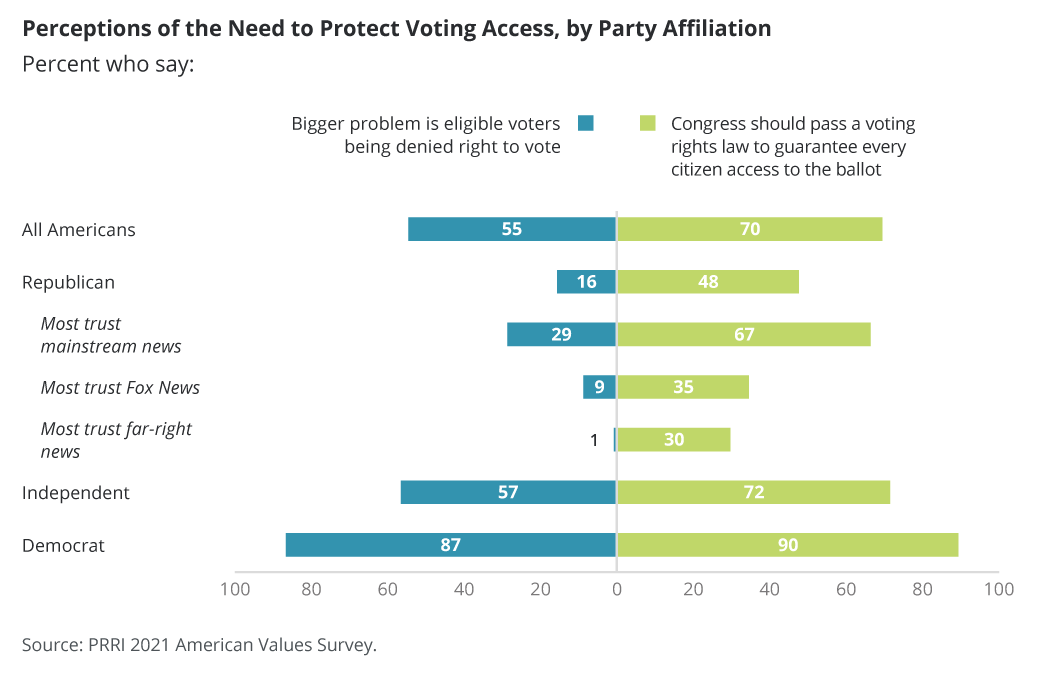 Related Research
Competing Visions of America: An Evolving Identity or a Culture Under Attack? Findings from the 2021 American Values Survey
Thanks for signing up!
Tweet
Tweet
Tweet