Over the last two years, few topics have been as central to the national political debate as immigrants and their role in American society. They dominated much of the 2016 election cycle and have been a focal point of President Trump’s administration over the last year.

Although broad public support for immigration reform has been consistent throughout this debate, views of immigrants vary widely among the public. A recent PRRI/Brookings survey found that restrictive views on immigration—i.e., viewing a group’s immigration rate as too high, or believing that this group should not be allowed to come to the United States at all—vary widely by the immigrant’s country of origin. Americans’ views are least restrictive with respect to immigration from predominantly Christian (14 percent), European (16 percent), African (24 percent), and Asian (29 percent) countries. In contrast, they are more opposed to immigration coming from the Middle East (45 percent), predominantly Muslim countries (49 percent), and Mexico and Central America (53 percent). 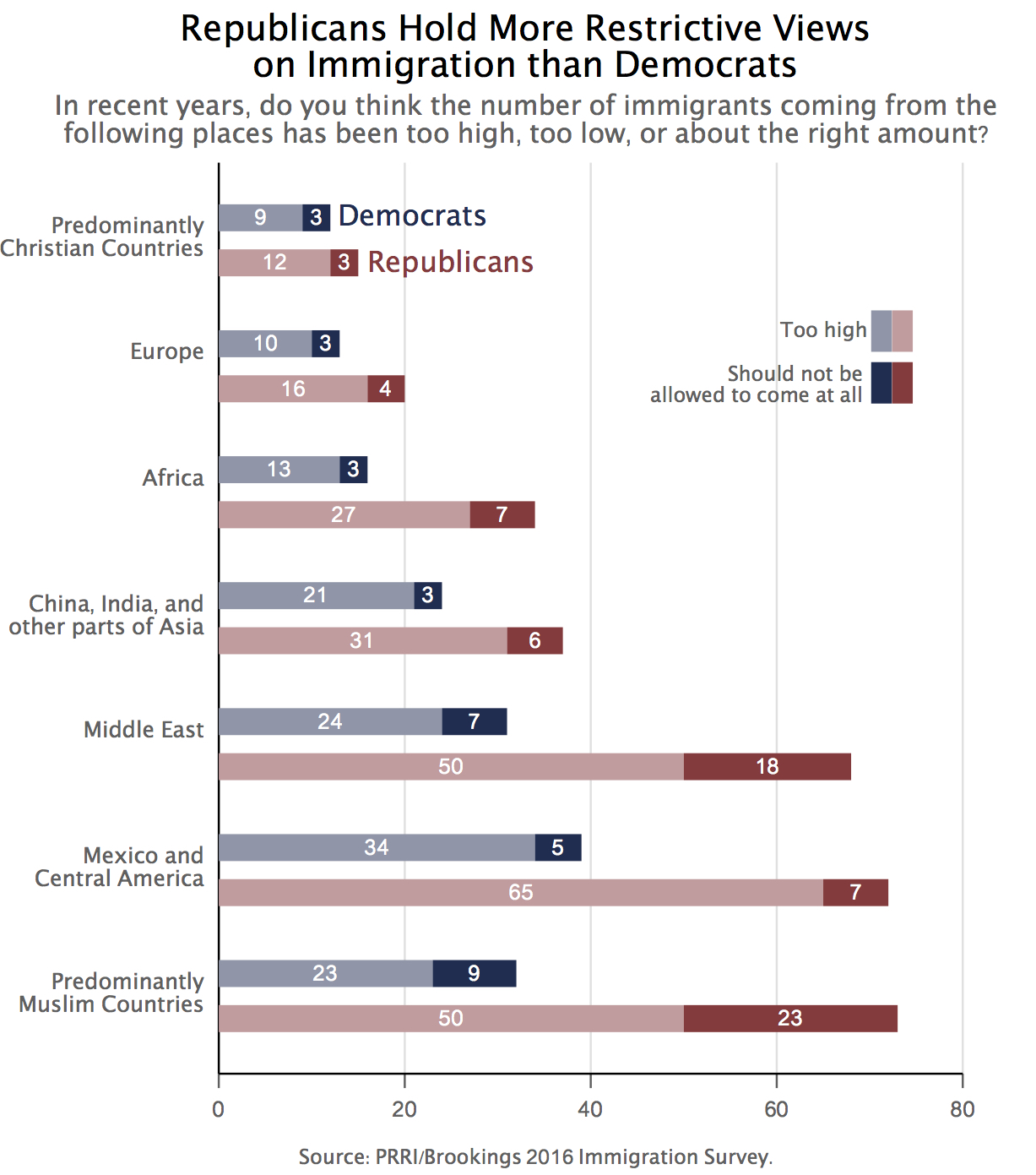