Gig economy jobs have often been touted as a flexible, on-demand work opportunity for workers, but the outbreak of the new coronavirus (COVID-19) has highlighted the downfalls of this type of work. While there’s a growing consensus from Americans that the best way to prevent the spread of COVID-19 is to stay home and avoid public spaces — especially if they feel sick or have suspected symptoms — many gig economy workers aren’t afforded that luxury, and must continue to working and interacting with others to provide for their welfare and pay their bills.

How Gig Economy Workers Are Living

A 2018 PRRI study on working Californians analyzed how residents are living and working pre-coronavirus, and provides a snapshot of how workers in other states in America might be grappling with the same obstacles, if not worsened, during a pandemic. PRRI found that about one in ten (11%) Californians — which is roughly 4 million people — report participating in the gig economy in the last year, which is defined as being paid for performing miscellaneous tasks or providing services for others, such as shopping, delivering household items, assisting with childcare, or driving for a ride-hailing app.

Workers Who Struggle With Poverty

Across the board in California, workers who are struggling with poverty are more likely than those who are not to report experiencing a range of economic hardship, including putting off seeing a doctor or purchasing medication for financial reasons (42% vs. 16%); having difficulty paying rent or mortgage (37% vs. 16%); being unable to pay a monthly bill (35% vs. 15%); or reducing meals or cutting back on food to save money (43% vs. 18%).

As the fallout from the virus spreads, the fragility of the gig economy has been more exposed than ever. Benefits like guaranteed wages, paid sick leave, and health care are becoming more dire during the crisis as gig workers’ earnings continue to decline and millions of Americans face financial peril or unemployment. In states like California or New York, where massive metropolitan cities have been hit hardest by the outbreak, gig economy workers have already been forced to choose between risking their health (and the health of others) or face financial uncertainty. 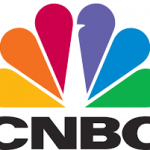