This week our CEO Robert P. Jones talked about our research on civility in politics at a forum at Center for American Progress with Jim Kolbe, former Republican congressman from Arizona; James Zogby, president of Arab American Institute; Andrea Nill, immigration researcher-blogger at ThinkProgress; and Angela Kelley, vice-president for immigration policy and advocacy at the Center for American Progress. Take a minute to read his opening comments, click below to flip-through the powerpoint presentation, or to watch the video.

Today, I’ll be talking briefly to you about what Americans think about the important topic of civility. …

This topic of civility is one that we at Public Religion Research Institute have been tracking closely. The slides I’m using today come from a number of PRRI surveys over the last 6 months. In totality, this set of publicly released surveys are the most comprehensive data on civility, the moral state of the union, and the implications of harsh and violent rhetoric in current political debates.

Our research confirms that Americans believe our nation is divided, the tone is more negative than the past, and our politicians are not working well together.  However, despite acknowledging Washington’s lack of civility, Americans are themselves deeply divided along ideological and even religious lines.  We also find that most Americans see at least some connections between harsh and violent language and violence and negative actions in society.

Civil Discourse in Civil Society: Public Attitudes about the Consequences of Public Speech 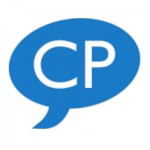