Overall, a majority (55 percent) of Americans say immigrants today strengthen our country through their hard work and talents, while 36 percent say immigrants today are a burden because they take our jobs, housing, and healthcare. But opinion differs sharply from state to state: while a majority of residents in 30 states hold more positive views of immigrants, less than half of residents in 18 states hold this positive view. One notable pattern is that states that have a longer history of immigrants living and working in their communities tend to have more positive views about their economic impact. Residents of California (67 percent), Hawaii (65 percent), New York (62 percent), Texas (59 percent), and Florida (58 percent) are more likely to say that immigrants strengthen our country through their hard work and talents. Explore more of the AVA here—to learn about Americans in different states, regions and metro area feels about immigrants and immigration reform policy.

You can also read through our 50-state reference guides on immigration reform, views of immigrants, same-sex marriage, and availability and legality of abortion.

The Atlantic
What Americans Actually Think About Immigration

The Washington Post
On immigration policy, the GOP is out of touch with the rest of America 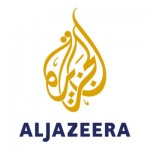