A recent PRRI report shows that while a majority of all Americans oppose “laws requiring that transgender people use bathrooms corresponding to their birth sex”, half (50 percent) of white evangelical Protestants favor these laws. 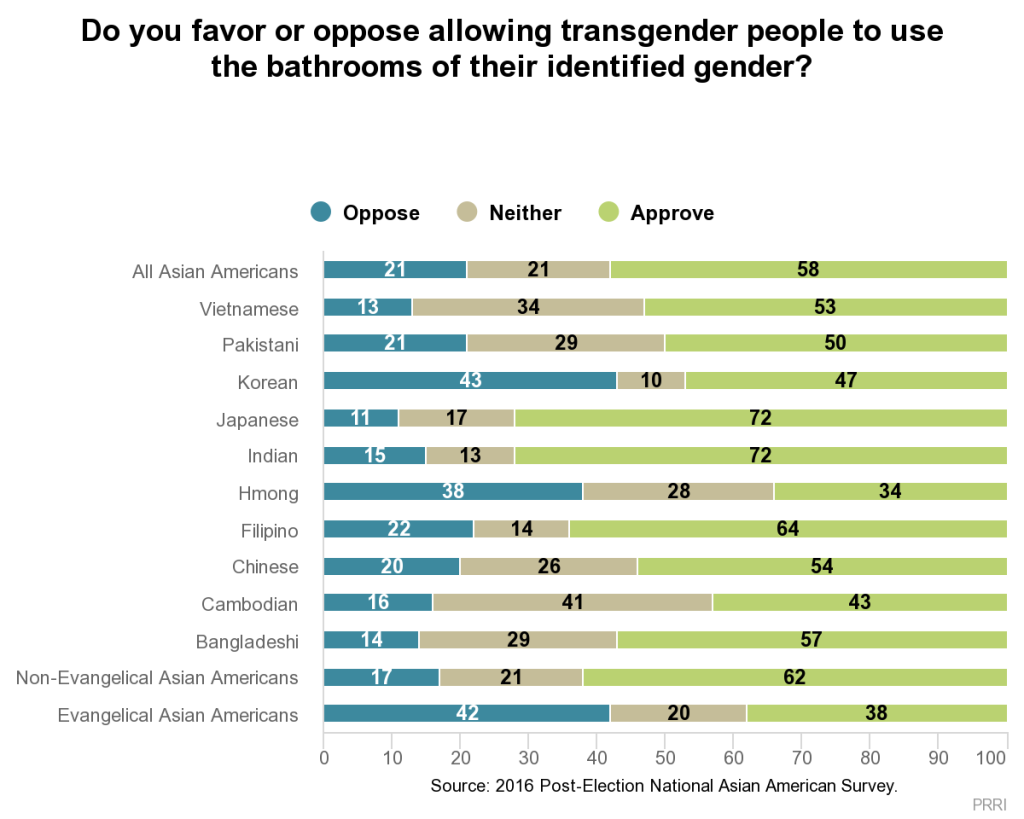 New data from the 2016 National Asian American Post-Election Survey, which includes more than 4,000 Asian American respondents, allow us to answer this question. In the survey, Asian Americans were asked: “Do you favor or oppose allowing transgender people—that is, people who identify themselves as the sex or gender different from the one they were born as—to use the bathrooms of their identified gender.” Overall, a majority (58 percent) of Asian Americans favor allowing transgender people to use the bathrooms of their choice, with 21 percent saying they oppose and 21 percent reporting they support neither answer. Support ranges from more than seven in ten Japanese (72 percent) and Indians (72 percent), to about half of Chinese (54 percent) and Koreans (47 percent), to 43 percent of Cambodians and 34 percent of Hmong. The groups most likely to oppose transgender bathroom rights are Koreans (43 percent) and Hmong (38 percent). These are two of the groups most likely to identify as evangelical Christians in the survey.