A new survey of young adults (age 15 to 24) conducted by PRRI and MTV suggests that political polarization on the issue of abortion will likely continue into the future. Overall, young people are generally not in favor of limiting abortion access for women. Only about one-quarter (28 percent) favor making it more difficult for a woman to get an abortion, while nearly three-quarters (72 percent) oppose making it more difficult, including 45 percent who strongly oppose it. 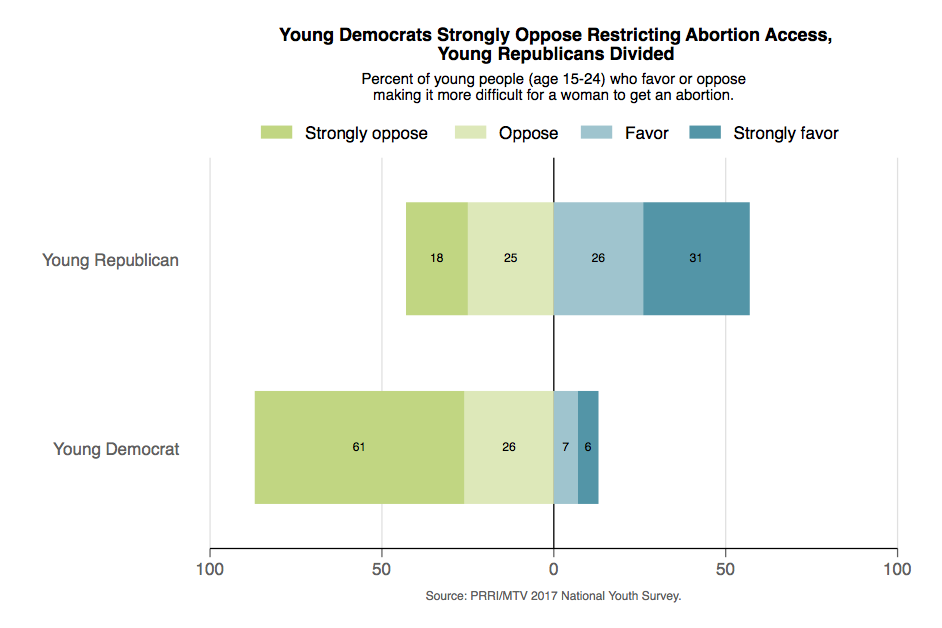