As we gear up for the 2016 presidential elections, we use findings from the American Values Atlas to take an in-depth look at some of the most buzzed-about early primary states: New Hampshire, Iowa, and South Carolina. Given the considerable influence white evangelical Protestants wield in the Republican presidential primary, we look particularly at the conservative religious group’s presence in each of these states, as well as the states’ attitudes toward key policy issues, and how Republicans in each state differ from the GOP overall. In order to illustrate how each state stands on social issues, we calculated their cultural conservatism index, which is a composite scale based on attitudes toward the legality of abortion and same-sex marriage. The higher the number, the more conservative the state’s residents are on cultural issues. New Hampshire is among the most socially liberal states in the U.S. Fully 75 percent favor allowing gay and lesbian couples to marry, and 73 percent say abortion should be legal in all or most cases. The state’s composite cultural conservatism index is 2.9, indicating that it is considerably more liberal than the country overall (3.8). The cultural outlook of New Hampshire residents reflects the state’s unique religious composition—only nine percent identify as white evangelical Protestant, while 35 percent are religiously unaffiliated. The state does boast a sizable Catholic population at 31 percent, the overwhelming majority of whom are white, non-Hispanic Americans.

Iowa residents express similar attitudes toward social issues like same-sex marriage and abortion to the U.S. in general—at 3.8, their cultural conservatism index is identical to the country’s score overall.

Iowa has a large white Christian population. Two-thirds (67 percent) of Iowans identify as some type of white Christian, including one-quarter (24 percent) who are white evangelical Protestant. Iowa also has a sizable unaffiliated population numbering nearly as large (23 percent).

Of the three early primary states, South Carolina is the most culturally conservative (4.3), scoring higher than Iowa (3.8), New Hampshire (2.9), and the nation overall (3.8). Fewer than four in ten residents (39 percent) favor same-sex marriage, while 54 percent are opposed. Fewer than half (46 percent) the state’s residents say abortion should be legal in all or most cases, while half (50 percent) say it should be illegal in all or most cases.

South Carolina residents are twice as likely to identify as white evangelical Protestants (33 percent) as they are to identify as religiously unaffiliated (16 percent). And at 19 percent, they also have a sizable black Protestant population.

Republicans in South Carolina demonstrate very conservative attitudes on social questions. Nearly three-quarters (72 percent) of South Carolina Republicans are opposed to allowing gay and lesbian couples to marry legally and roughly two-thirds (66 percent) say abortion should be illegal in all or most cases. White evangelical Protestants are the dominant religious presence in the state GOP. Nearly half (48 percent) of Republicans in the state identify as white evangelical Protestant, while only eight percent are religiously unaffiliated.

For more state-level findings, check out the American Values Atlas.

*The sample size was not large enough to break down New Hampshire Republicans. 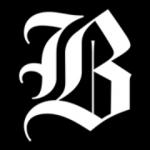 The Boston Globe
For GOP hopefuls in N.H., a tricky line on social issues