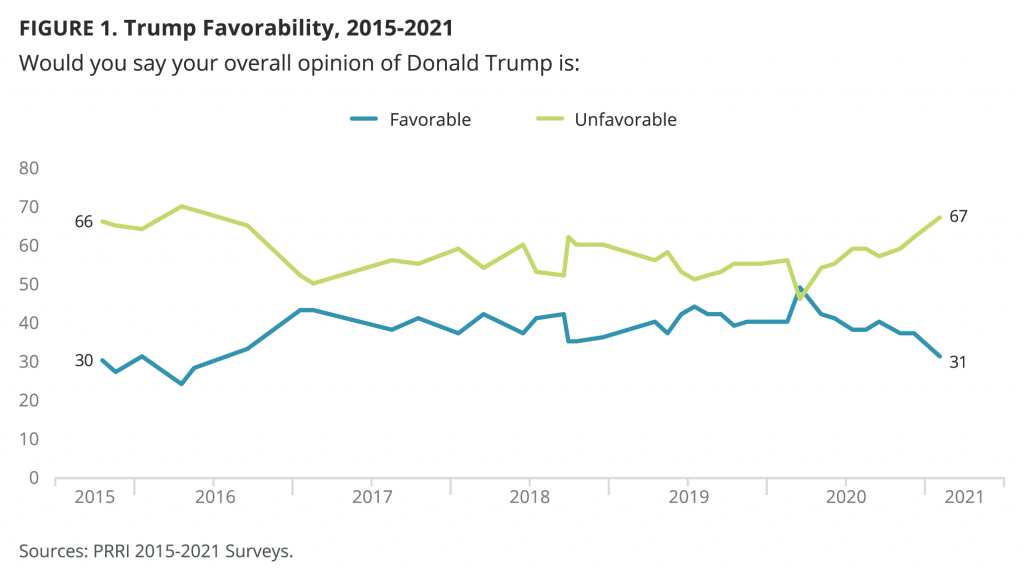 Most of the decline in Trump’s favorability ratings has come from Republicans. More than seven in ten Republicans (72%) still view the outgoing president favorably, a 13-percentage point decline since November when 85% viewed him favorably. Less than three in ten independents (28%) view Trump favorably, and only 5% of Democrats say the same.  These numbers are not significantly different from November, when 32% of independents and 6% of Democrats held favorable views of the outgoing president. 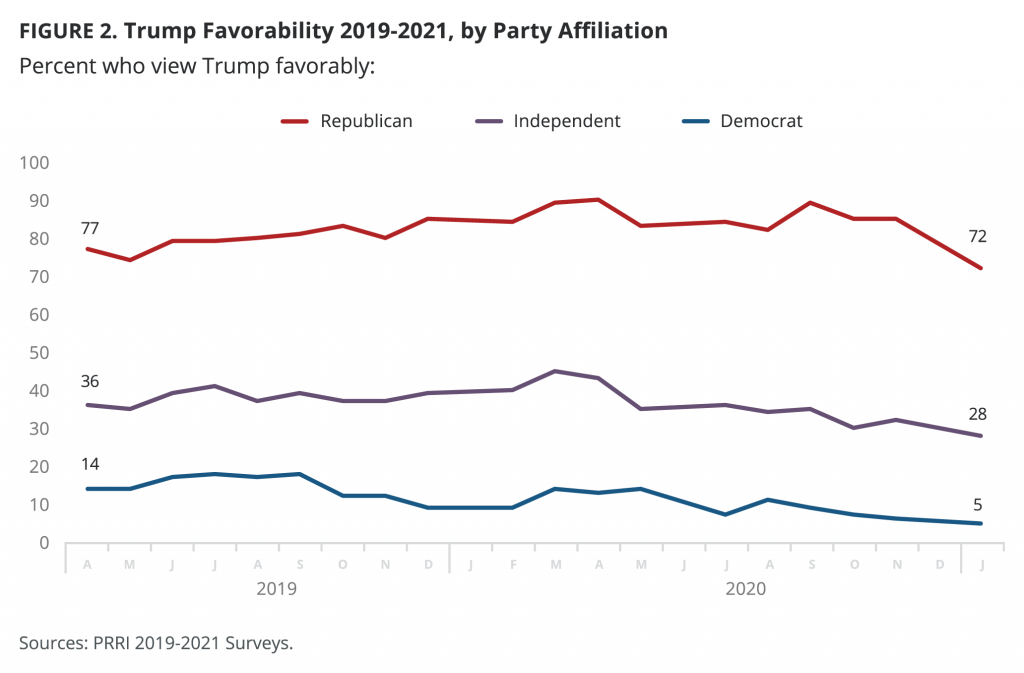 White evangelical Protestants continue to be most likely to hold favorable views of Trump (62%), similar to the share observed among this group in November (59%). He has lost ground among white Catholics, 39% of whom view him favorably, compared to a slim majority (51%) in November. Four in ten white mainline Protestants (41%) hold favorable views of the outgoing president, which is an increase from 34% in November but not statistically significant. 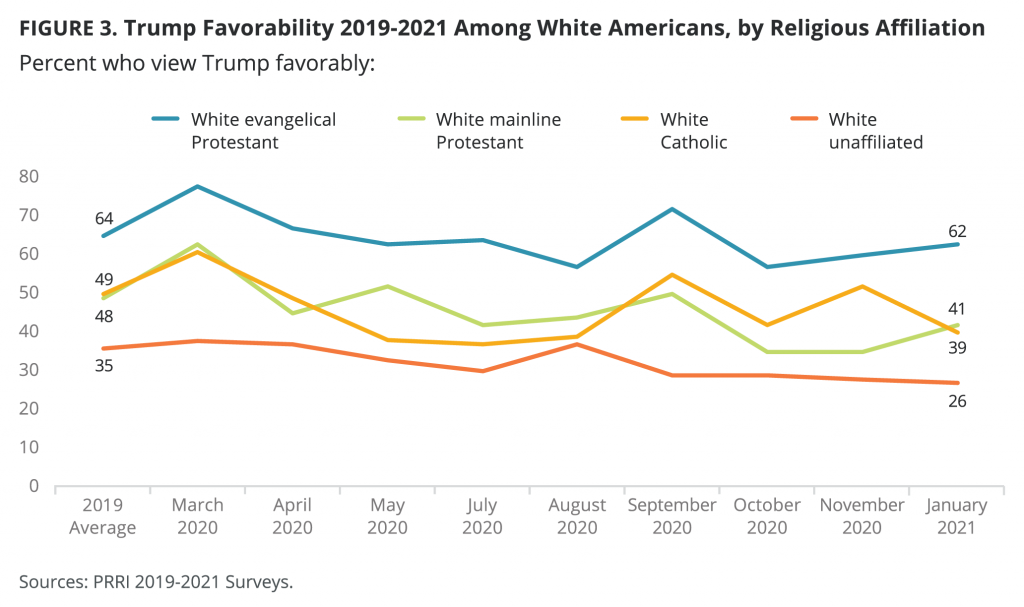 Just over four in ten white Americans (41%) hold favorable views of Trump, compared to just 8% of Black Americans and 16% of Hispanic Americans.[1] 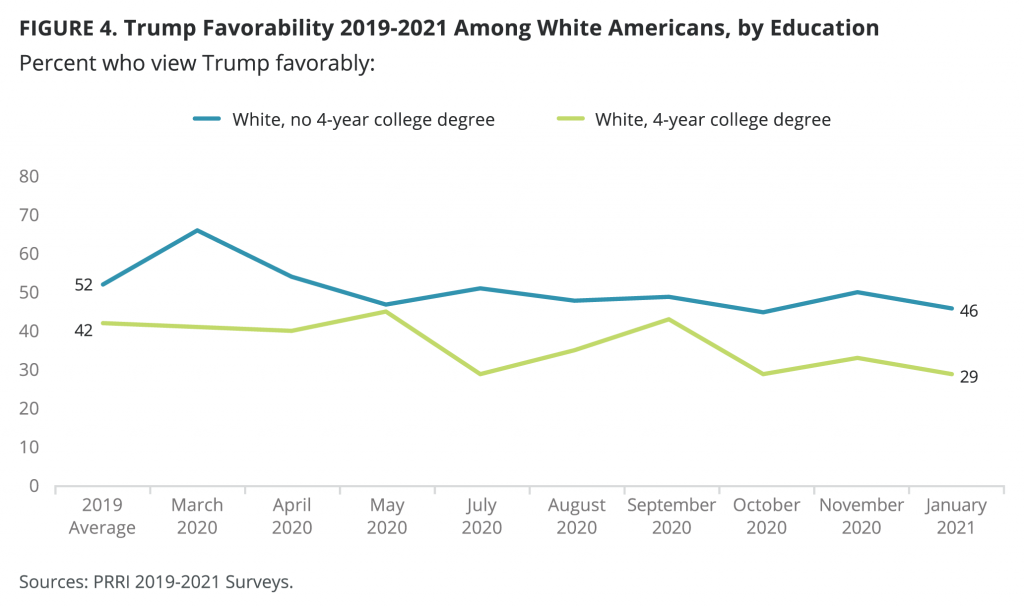 Biden Takes Office With Majority of the Country Viewing Him Favorably 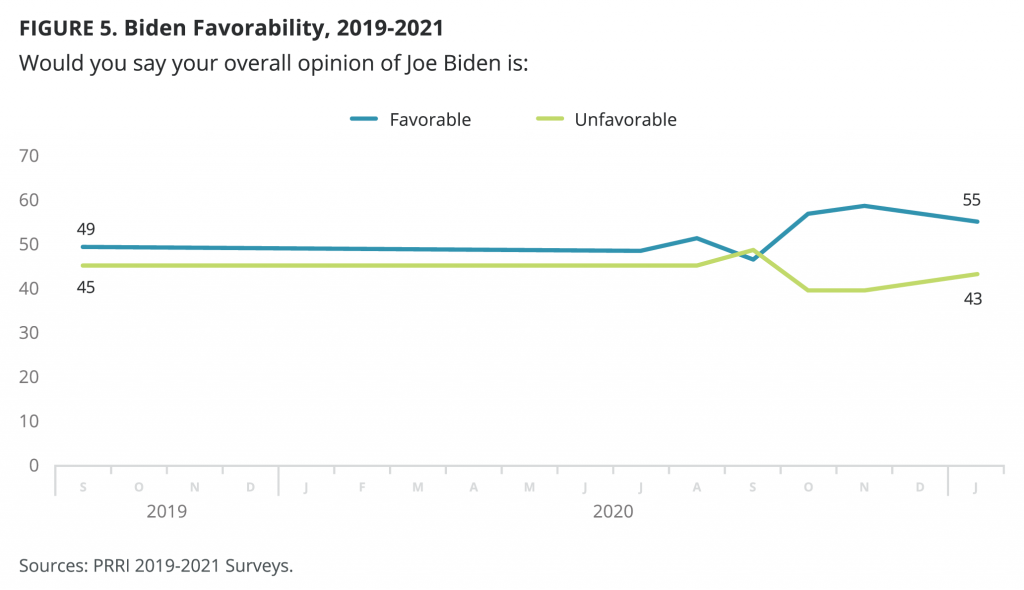 Biden continues to be viewed favorably by about nine in ten Democrats (89%). These numbers have not shifted substantially since rising to that level in September 2020. A majority (54%) view Biden very favorably. A slim majority of independents (51%) view the new president favorably, a slight decrease since November (58%). Only 16% of Republicans view Biden favorably. 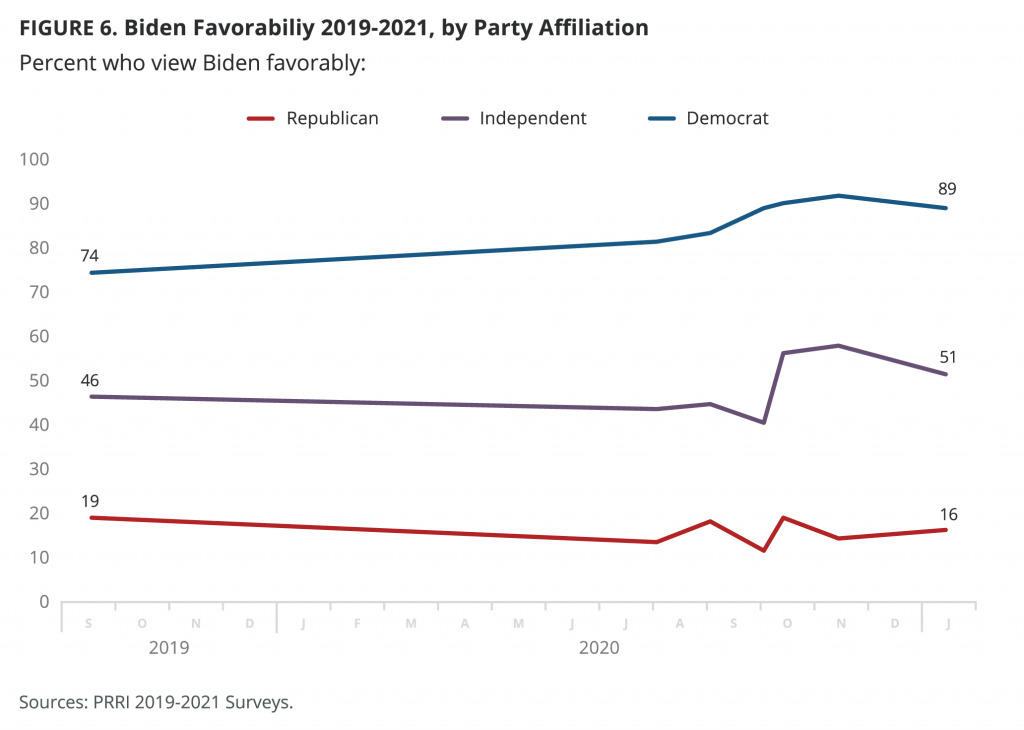 Substantial majorities of Black (76%) and Hispanic (70%) Americans view Biden favorably, mostly unchanged from November. A majority of Black Americans (53%) view Biden very favorably. The new president has lost a bit of ground with white Americans, 45% of whom view him favorably compared to 54% in November.

Women (58%) are slightly more likely than men (50%) to rate Biden favorably. Biden has lost some support among white men, 41% of whom view him favorably compared to 50% in November, and white women (49% compared to 57% in November). There is no gender gap between men of color (68%) and women of color (71%), who view Biden much more favorably than their white counterparts.

The survey was designed and conducted by PRRI among a random sample of adults (age 18 and up) living in the United States and who are part of Ipsos’s Knowledge Panel. The survey included a national sample (N=1,019) representing all 50 states. Interviews were conducted online between January 15 and January 18, 2021. The margin of error for the national survey is +/- 3.2 percentage points at the 95% level of confidence, which includes the design effect.

[1] The number of cases for Black Americans in November is n=83.