The August 2015 PRRI/RNS Survey was conducted by the nonpartisan Public Religion Research Institute (PRRI) in partnership with Religion News Service from August 5 to August 11, 2015 among a random sample of 1,331 adults. The survey measures Americans’ opinions on Pope Francis, the Catholic Church and a number of social and political issues. Additionally, the survey contains detailed data on the beliefs and opinions of American Catholics, including differences by race and ethnicity, religious attendance, partisanship, age and other characteristics. The survey also compares the views of current and former Catholics across a range of issues.

“While there is only one official Roman Catholic Church, politically speaking, there are increasingly two American Catholic churches, and Pope Francis will be addressing both,” said Dr. Robert P. Jones, CEO of PRRI. “One of these is predominantly white, older, concentrated in the Northeast and tends to support Republican presidential candidates, while the other is primarily Hispanic, younger, concentrated in the Southwest and supports Democratic presidential candidates.”

“Evidence for a so-called ‘Francis Effect’ is limited,” said Dr. Dan Cox, PRRI’s research director. “A majority of Catholics report that their feelings toward the church have changed, and mostly for the better. Roughly two-thirds of Catholics believe Pope Francis will help bring people back to the Church, but former Catholics are much less optimistic. There are no signs yet of any significant uptick in Catholic affiliation or religious attendance.”

A majority (56 percent) of Catholics report that their feelings toward the Catholic Church have changed over the past couple of years. Among those whose views have changed, nearly six in ten (59 percent) say their feelings have become more positive. Similarly, roughly two-thirds (66 percent) of Catholics say Pope Francis will attract more Catholics back to the Church, but former Catholics are significantly less optimistic about the pope’s capacity to reengage Catholics: only 51 percent say the same.

Read the report, including a brief profile of American Catholics and former Catholics, and breakdowns by religious affiliation, partisan affiliation, age, and other demographics, as well as additional findings and analysis.

The survey was designed and conducted by Public Religion Research Institute (PRRI) and was made possible through generous funding from the Henry Luce Foundation. Bilingual (Spanish and English) telephone interviews were conducted among a random sample of 1,331 adults 18 years of age or older between August 5 and August 11, 2015 (671 respondents were interviewed on a cell phone). The survey included an oversample of 312 Catholic and former Catholic respondents. The sample is designed to represent the total U.S. adult population and includes respondents from all 50 states. The margin of error for the survey is +/- 3.4 percentage points at the 95 percent level of confidence. 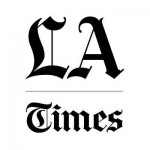 LA Times
With Pope Francis, Catholicism has a new brand — an everyman’s pope

The New York Times
Pope Francis’ Visit to U.S. Is His First Ever, for Several Reasons

The Washington Post
The real fight over abortion is not Planned Parenthood. And Republicans are dominating.
Related Research
The Francis Effect? U.S. Catholic Attitudes on Pope Francis, the Catholic Church, and American Politics
Thanks for signing up!
Tweet
Tweet
Tweet