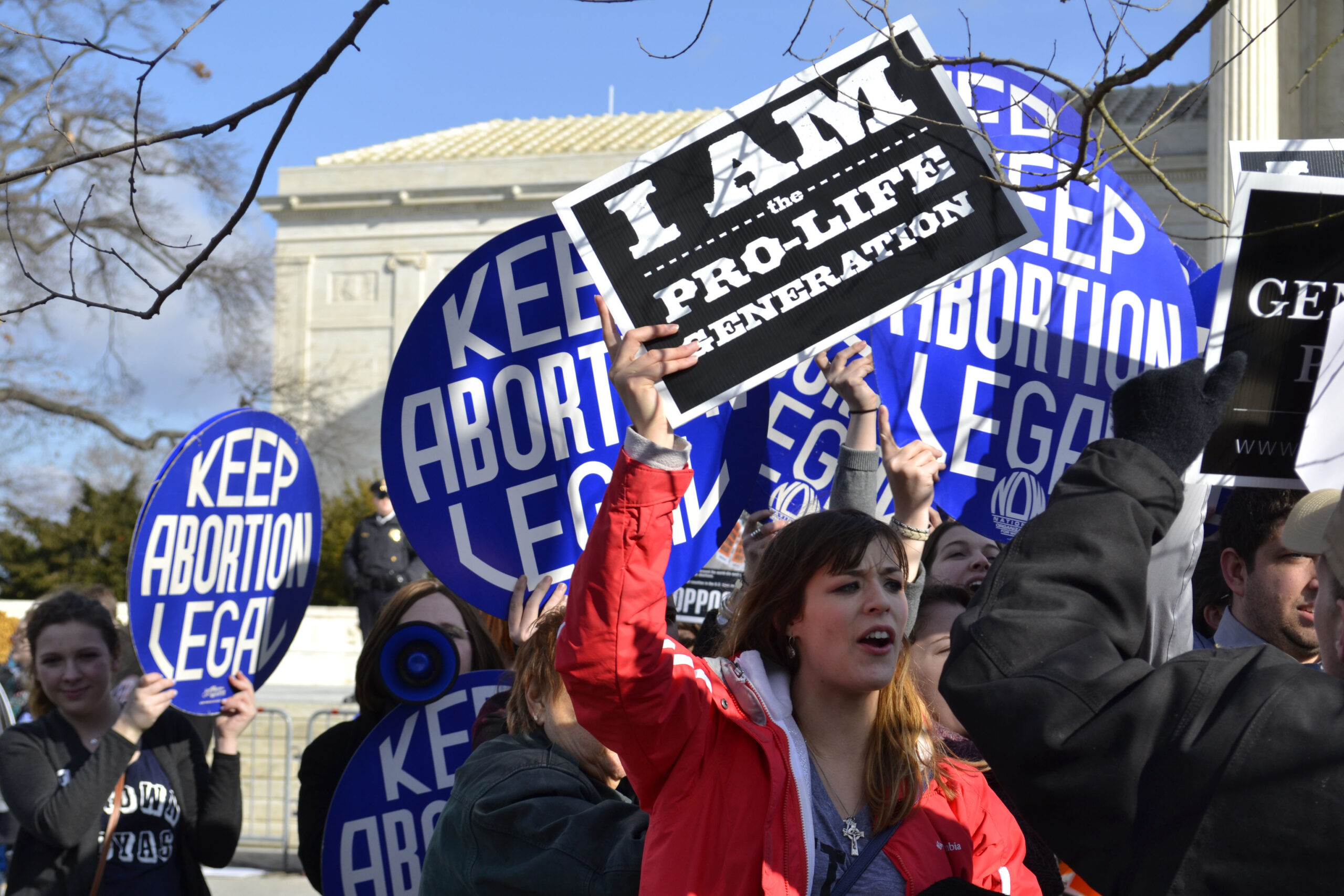 In the wake of the U.S. Supreme Court’s historic Dobbs v. Jackson Women’s Health Organization decision that overturns a constitutional right for women to obtain an abortion, 13 states have “trigger bans” in place that will prohibit abortion within the next 30 days. 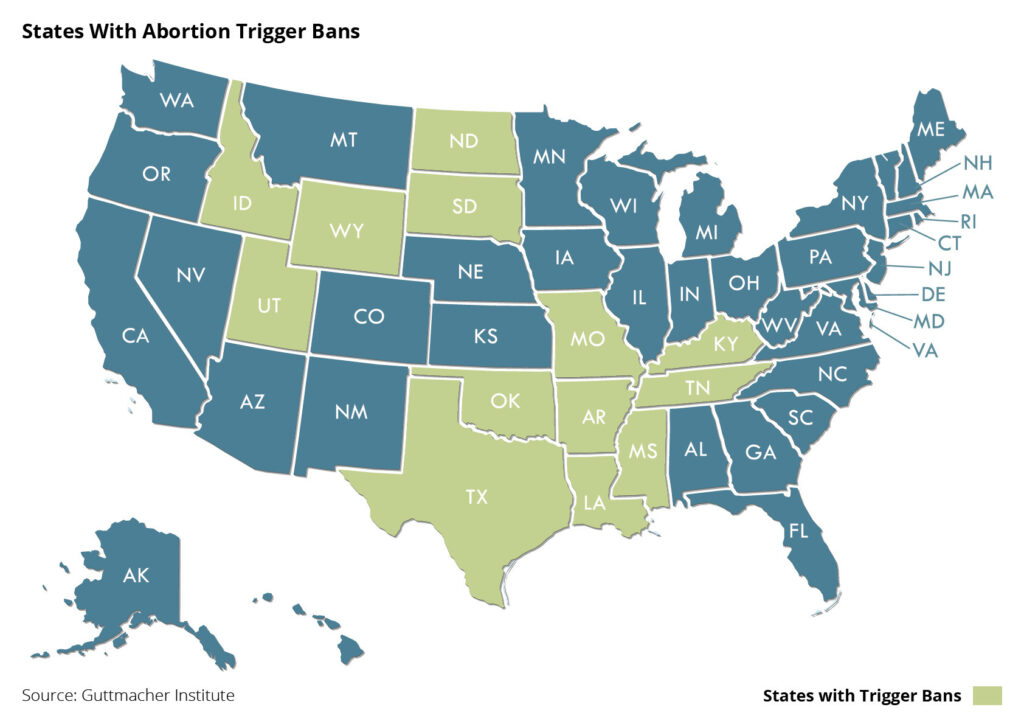 These bans have been passed in state legislatures with solid Republican majorities. PRRI research shows that Republicans are far less likely to be supportive of abortion rights than Democrats or independents nationally. Notably, however, only about one in four Republicans (26%) say abortion should be illegal in all cases. 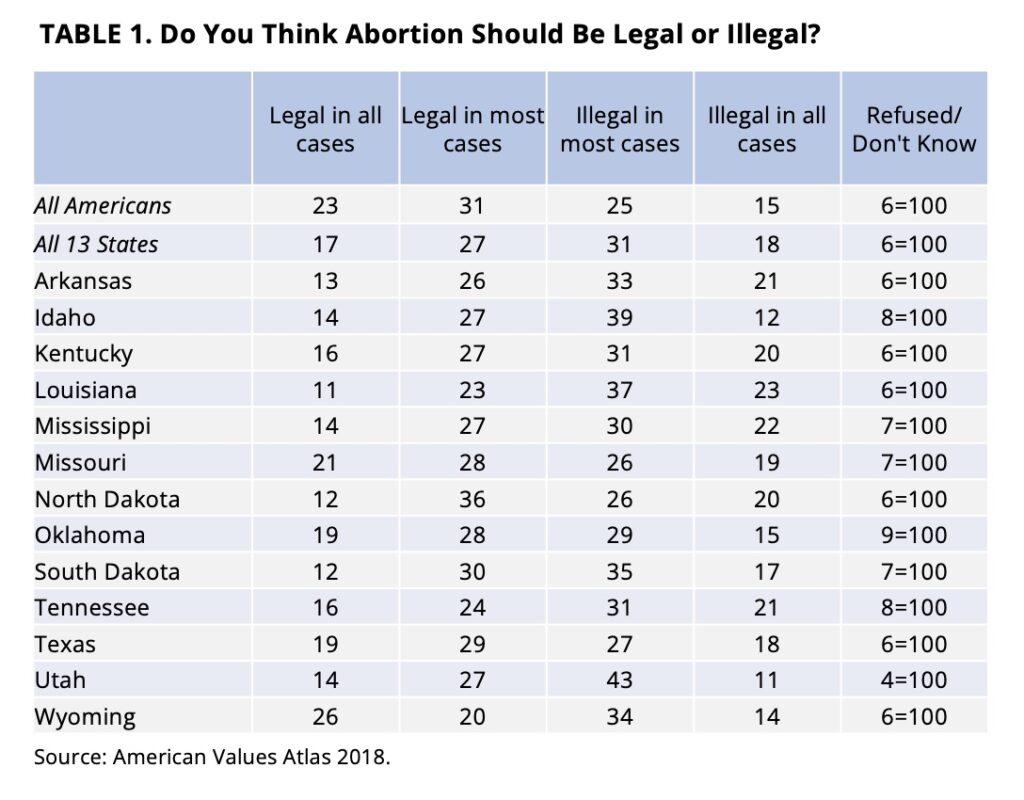