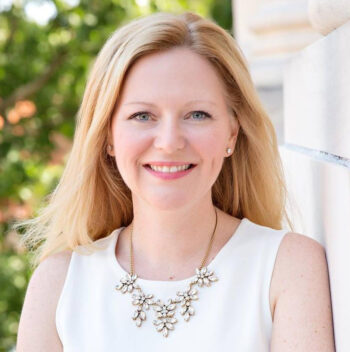 Melissa Deckman (she/her) is the CEO of PRRI and a political scientist who studies the impact of gender, religion, and age on public opinion and political behavior.

Melissa Deckman is the author of Tea Party Women, which examines the role of women in conservative politics.  Her commentary and research about politics has appeared in The New York Times, The Washington Post, CNN, The Hill, Vice News, The Wall Street Journal, 538, and Politico, among other outlets. Prior to her appointment as PRRI’s CEO, Deckman was the Louis L. Goldstein Professor of Public Affairs and chair of the Political Science Department at Washington College, where she taught courses on American politics, women and politics, religion and politics, research methods, and state and local politics.  She also served as chair of the PRRI Board of Directors and as a PRRI Affiliated Scholar.

Her first book, School Board Battles: The Christian Right in Local Politics, won the American Political Science Association’s Hu Morken Award for best book on religion and politics. Along with Julie Dolan and Michele Swers, Deckman is also the author of Women and Politics, a top-selling textbook on gender politics in the United States, now in its updated 4th edition.  She is currently working on a book about the seismic impact that Generation Z women are about to have on American politics.

Melissa received her Ph.D. in Political Science from American University.  A first-generation college student and proud proponent of the liberal arts, she received her bachelor’s degree in Political Science from St. Mary’s College of Maryland, where she graduated class valedictorian. She also studied abroad in Costa Rica and Oxford, England, while an undergraduate. Born and raised in Maryland, she lives with her husband and two sons in Annapolis along with their poodle mix Jesse. In her free time, she enjoys traveling, cooking, and logging miles on her Peloton.