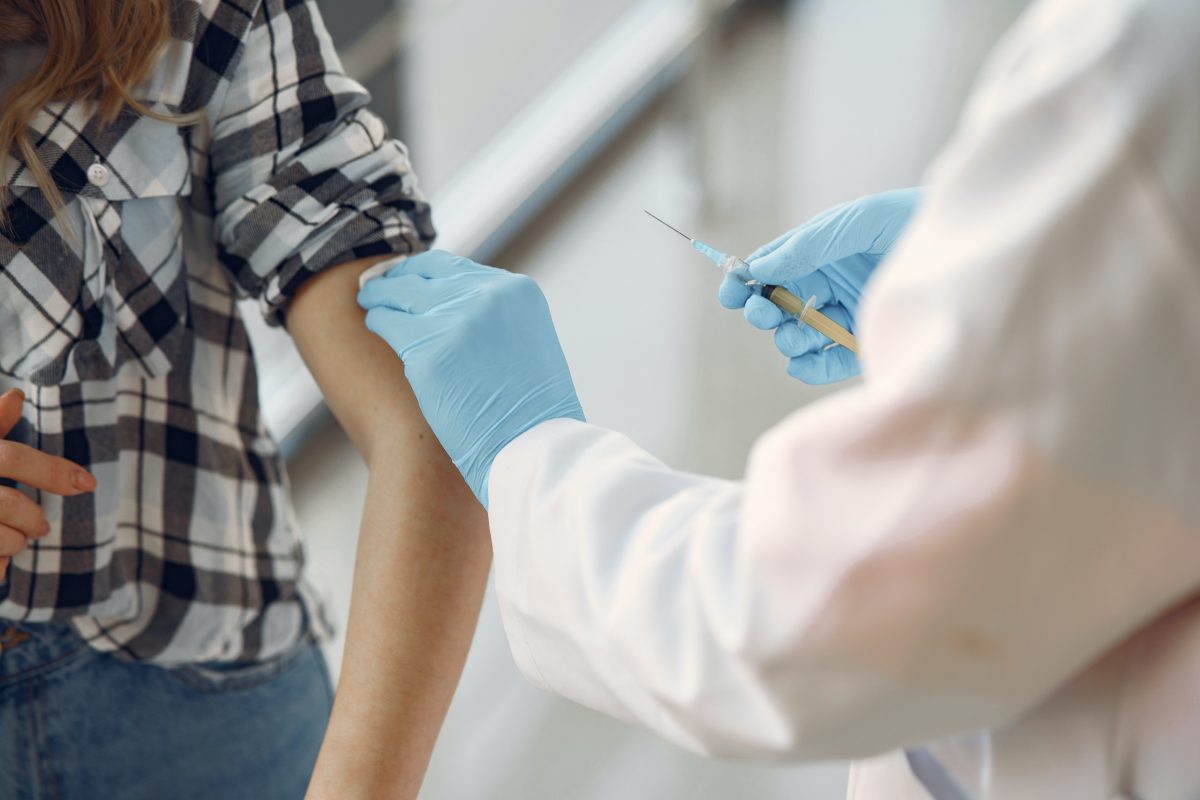 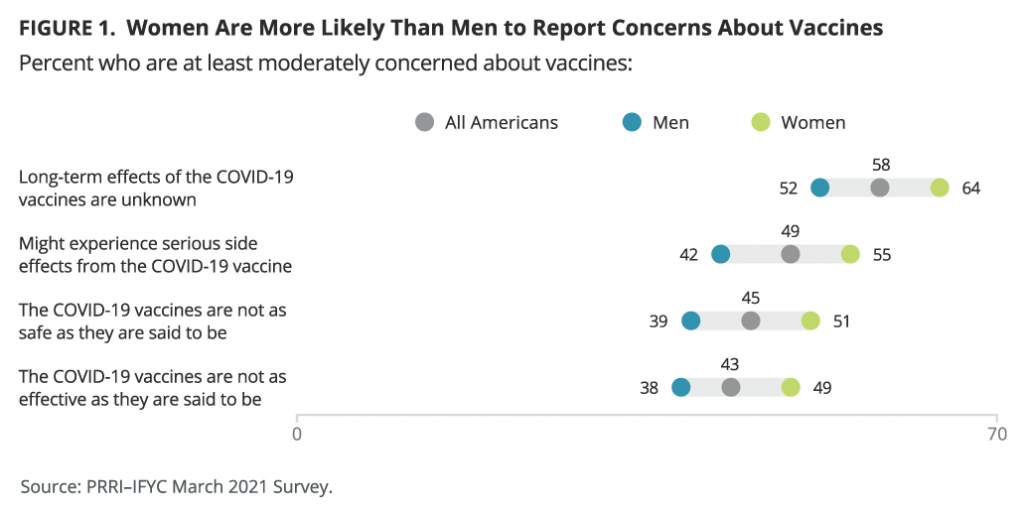 When looking at concerns with the vaccine by race, women are more likely than men to express at least some concerns with the vaccines across every race or ethnicity. Hispanic women (76%) and Black women (75%) are most likely to be at least moderately concerned about the vaccine, followed by women who identify as another race (66%), white women (63%), and multiracial women (60%). Men are less likely than women to be concerned about the vaccines overall, but majorities of men in all racial groups express at least moderate concerns, including Hispanic men (65%), Black men (63%), men who identify as another race (57%), multiracial men (52%), and half of white men (50%). 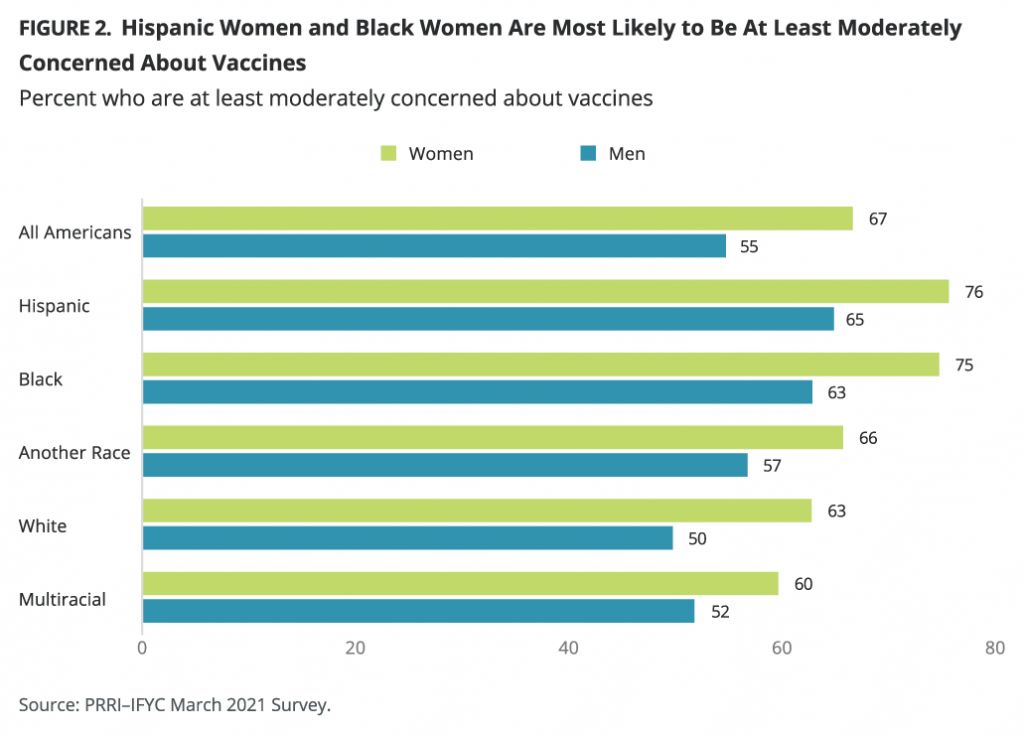 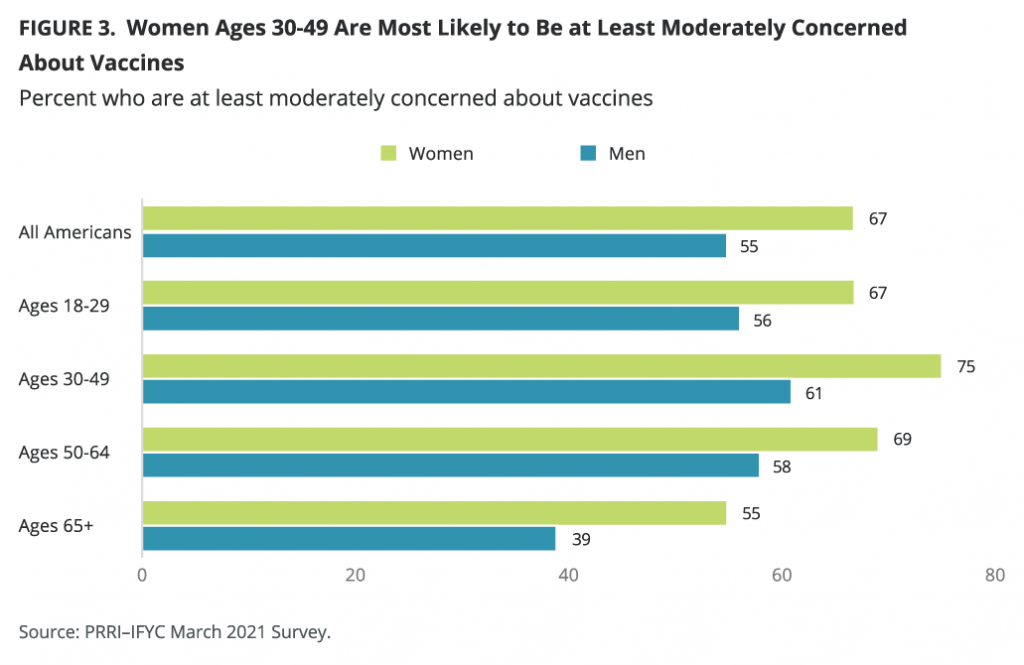 It is worth noting that concerns about the vaccines are linked to vaccine hesitancy or refusal. Specifically, Americans who are at least moderately concerned about the vaccines are substantially more likely than Americans who have very few or a few concerns with the vaccines to be vaccine hesitant (41% vs. 8%) or vaccine refusers (19% vs. 7%). Among women who have major or moderate concerns, 41% are hesitant and 19% are refusers, compared to only eight percent who are hesitant and seven percent who are refusers among women who have few or very few concerns. 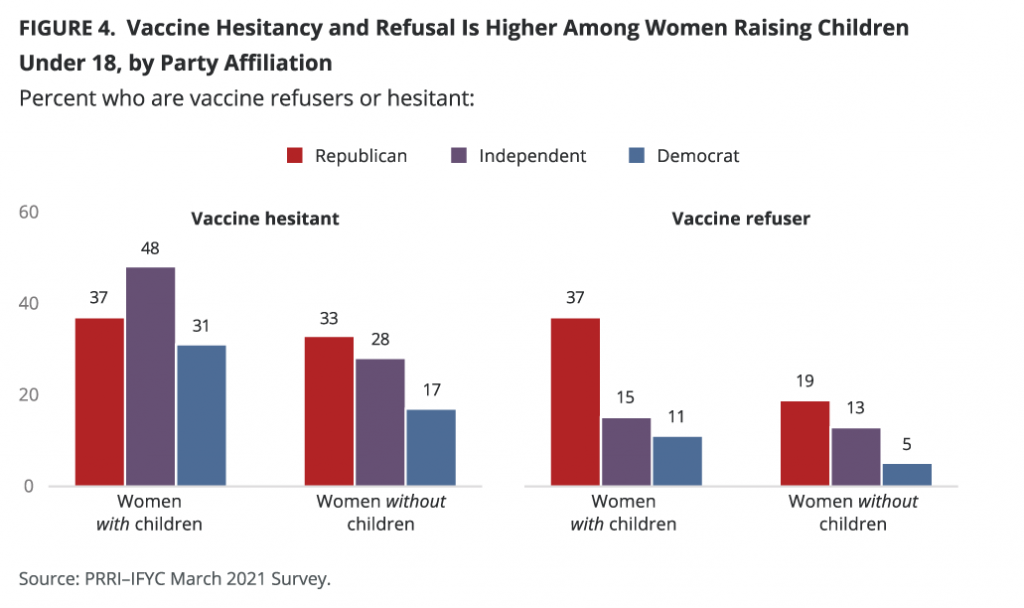