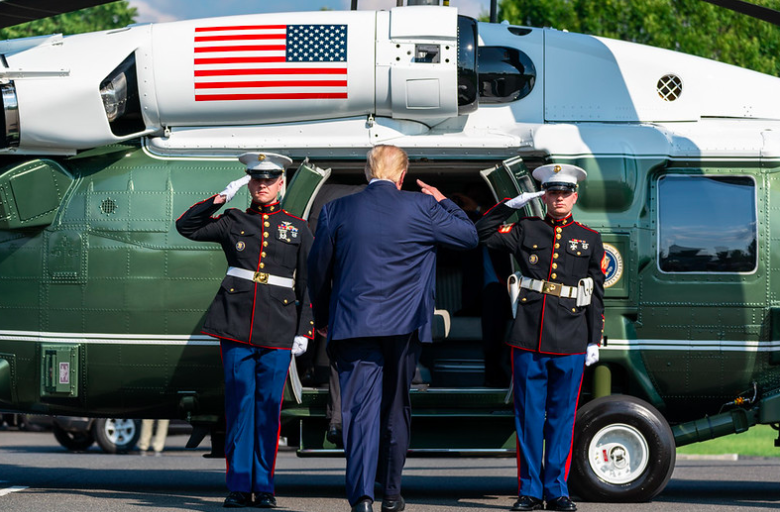 Favorable views of Trump remain essentially unchanged across many demographic groups since July 2020. None of the July-August differences shown in the charts are statistically significant. However, differences between 2019 averages and August 2020 are significant for Democrats (from 15% to 11%), men (from 47% to 42%), Americans ages 30 to 49 (from 39% to 31%) and Americans living in battleground states (from 43% to 37%). Notably, since 2019 favorable views of Trump have declined significantly among white Americans overall (from 49% to 44%) and among a number of important white subgroups, including white Christians overall (from 54% to 46%), white Catholics (from 49% to 38%), and white Americans with a four-college degree (42% to 35%). 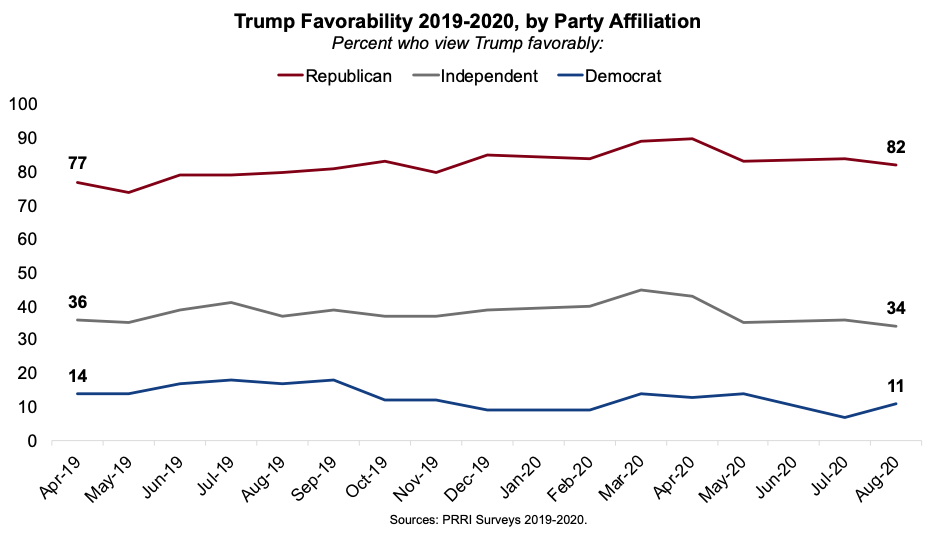 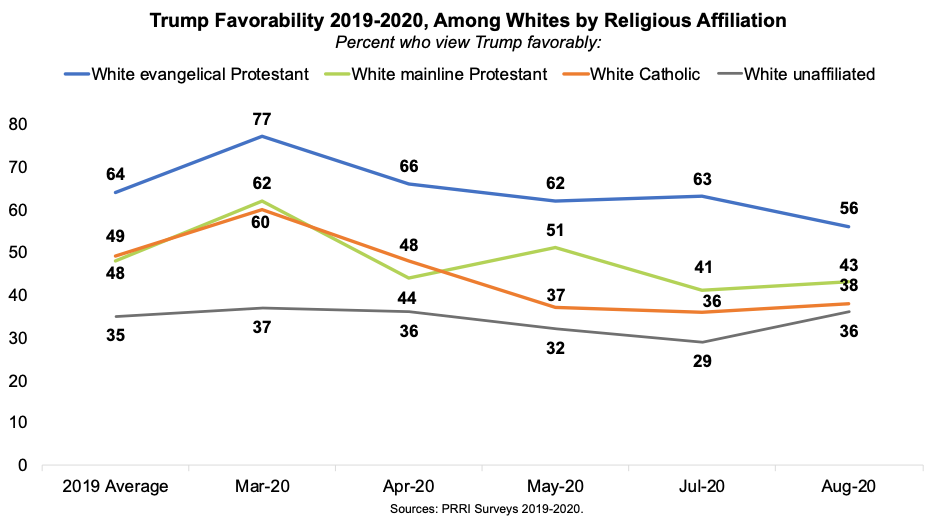 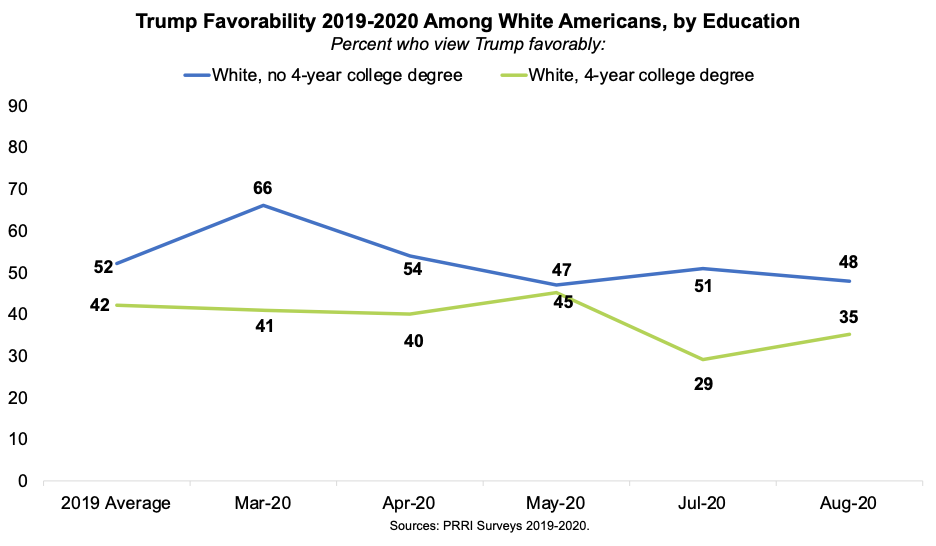 Americans remain more positive toward the former vice president and presumptive Democrat presidential nominee Joe Biden, with a slim majority (51%) now holding a favorable view, and 45% holding an unfavorable view of Trump’s competitor. This is up slightly, but not significantly, from July (48% favorable), and still unchanged since September 2019, when 49% viewed Biden favorably and 45% unfavorably.

Views of Biden by party and ideology have not significantly shifted, although the increase among Republicans (18%) relative to July (13%) is a trend to keep an eye on. Similarly, although not statistically significant, the upward movement among white men (42% compared to 36% in July) and white Americans without four-year college degrees (42% compared to 35% in July) could become important if it continues. Favorable views of Biden have increased significantly among white Catholics. Almost two-thirds (66%) now hold favorable views of him, compared to 40% in July. 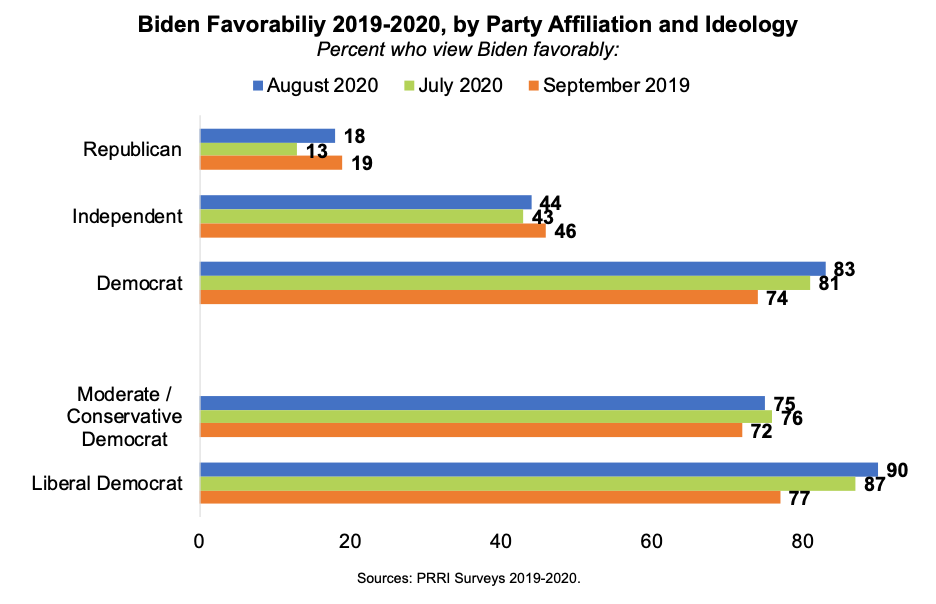 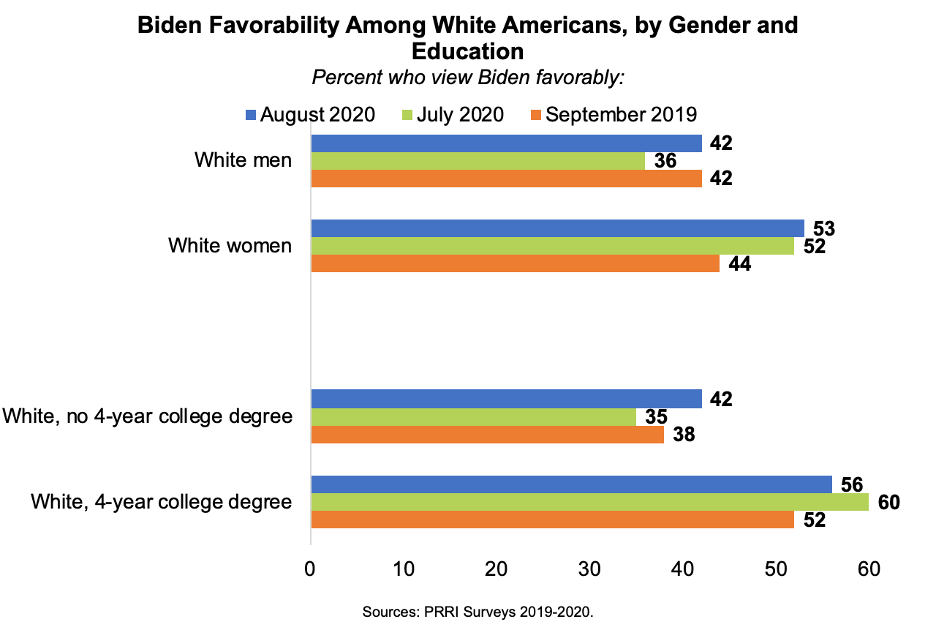 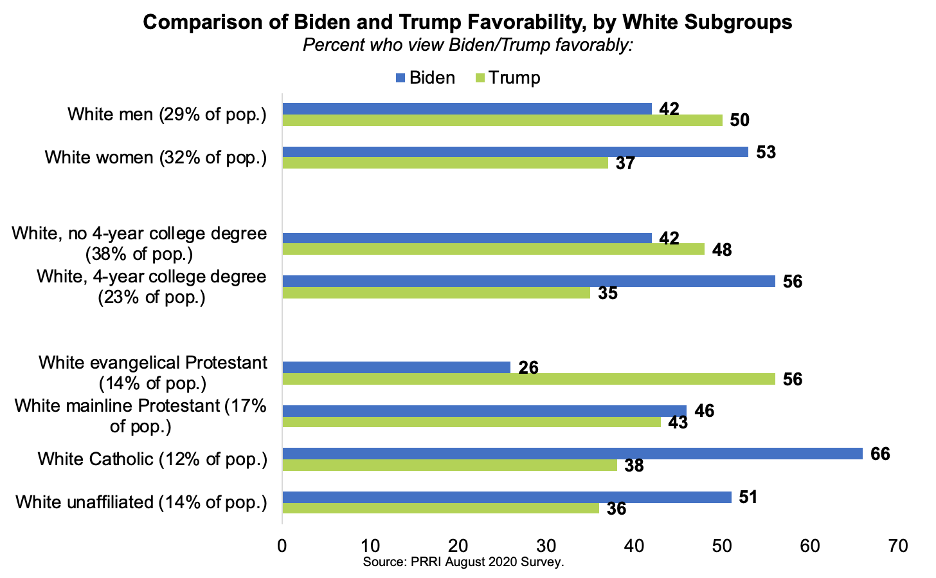 The survey was designed and conducted by PRRI. Results of the survey are based on bilingual (Spanish and English) RDD telephone interviews conducted between August 4 and August 9, 2020, by professional interviewers under the direction of SSRS. Interviews were conducted among a random sample of 1,009 adults 18 years of age or older living in the United States (704 respondents were interviewed on a cell phone). The margin of error for the survey is +/- 3.5 percentage points at the 95% level of confidence, which includes the design effect for the survey of 1.4.