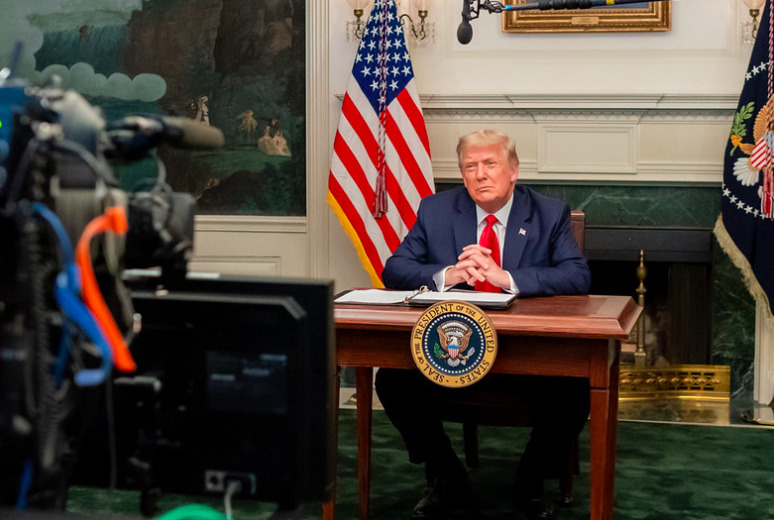 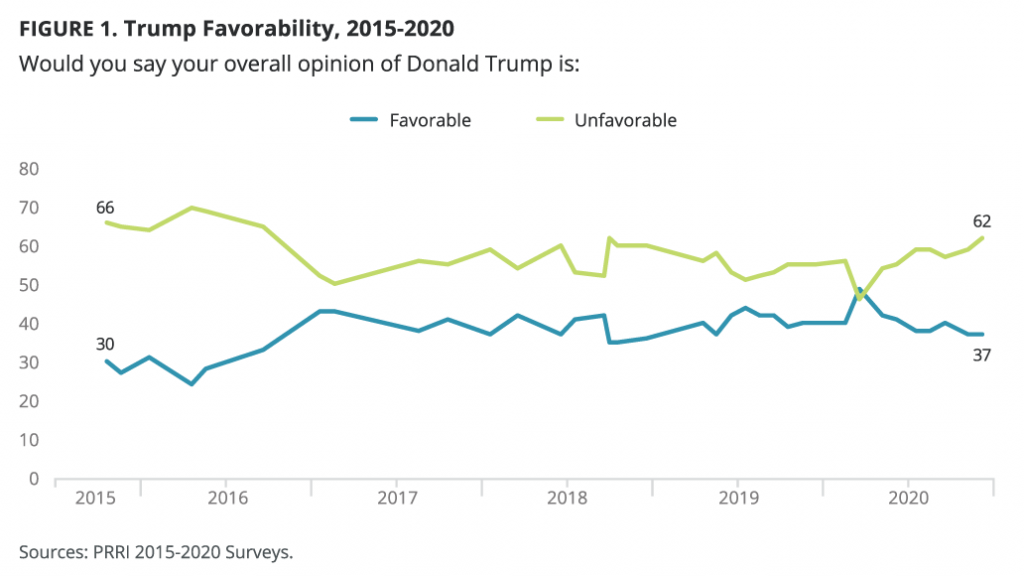 More than eight in ten Republicans (85%) hold favorable views of Trump, compared to just six percent of Democrats and 32% of independents. These shares remain largely unchanged from previous months. 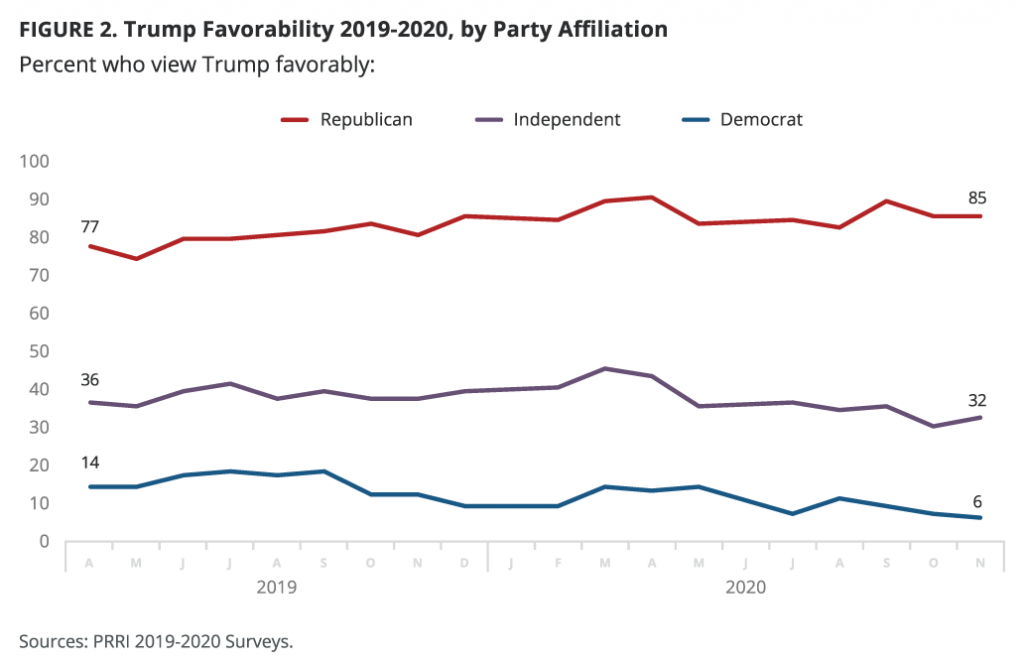 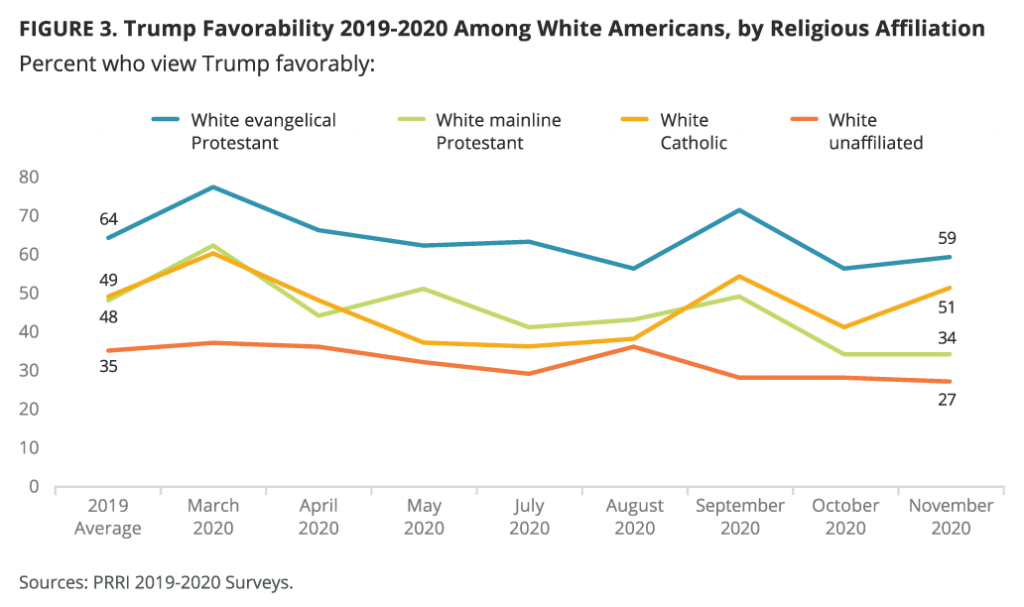 Just over four in ten white Americans (43%) hold favorable views of Trump, compared to just 13% of Black Americans and 29% of Hispanic Americans.[1]These groups have not shifted meaningfully in the last several months. 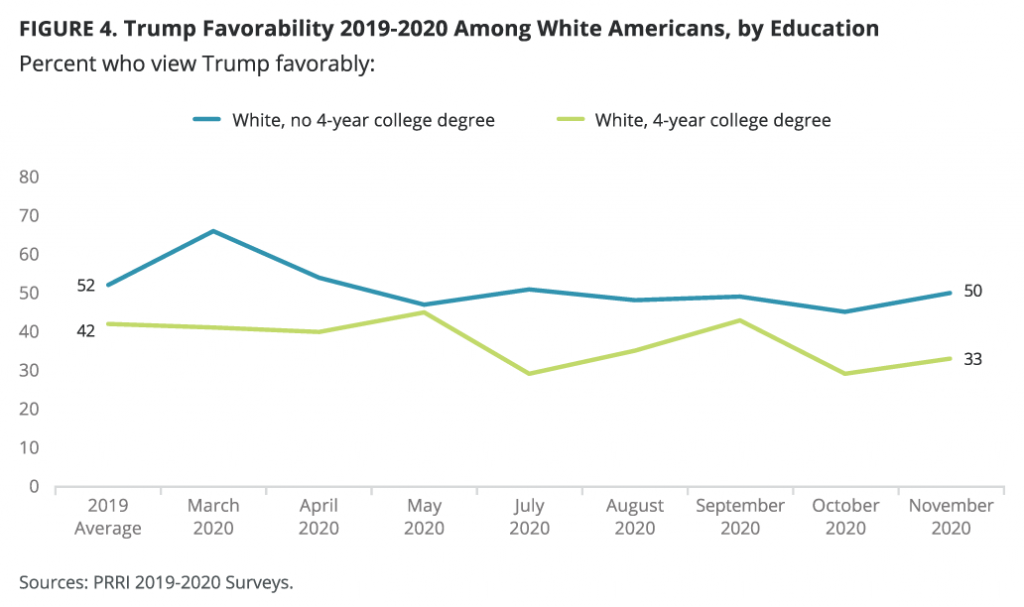 Compared to Trump’s relatively flat favorability ratings in the leadup and aftermath of the presidential election, Americans’ impressions of Democratic President-elect Joe Biden have improved since September. In September, less than half of Americans held favorable views of Biden (46%). This share grew to a solid majority in October (57%) and stayed at a similar level after the election (59%). 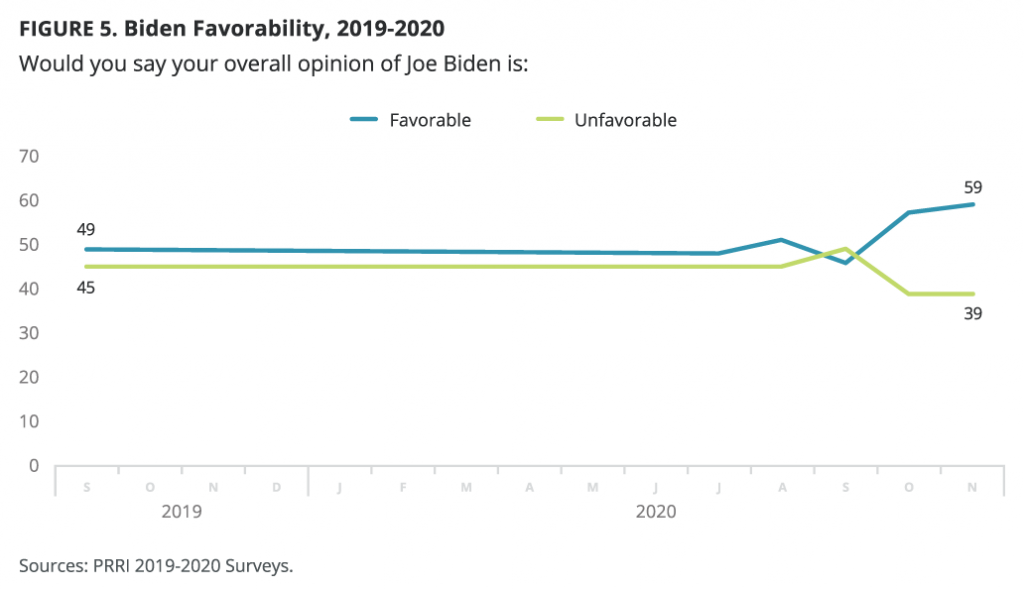 Much of the shift in intensity among Democrats came from the conservative and moderate members of the party. In September, 37% of moderate and conservative Democrats held favorable views of Biden, which grew marginally, to 41% in October and to 52% in November. 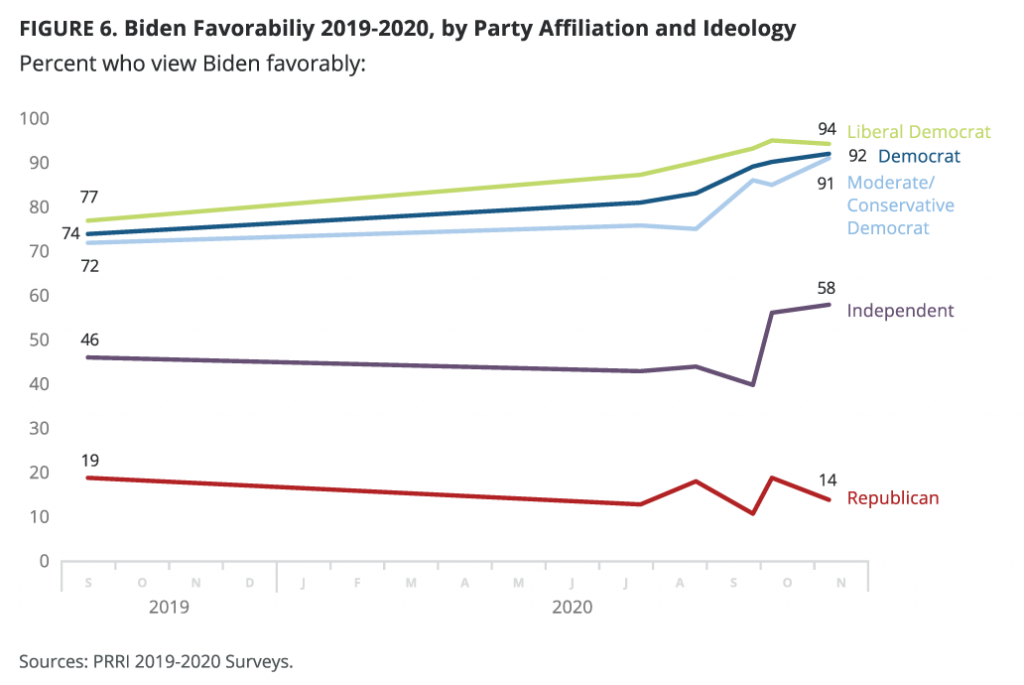 Women (64%) are slightly more likely than men (53%) to rate Biden favorably, though the gender gap in ratings of Biden is much smaller than it is in ratings of Trump. Currently, half of white men (50%) express favorable views of Biden (similar to the 52% recorded in October), along with 57% of white women (similar to the 56% recorded in October). Both white men and white women were more likely to hold favorable views of Biden in either October or November than they were in September (36% among white men and 49% among white women in September).

White Americans are divided along education lines, with less than half of white Americans with less than a four-year college degree (48%) saying they have a favorable view of Biden, compared to six in ten of those with at least a four-year degree (62%). These shares are similar to those recorded in October (51% and 58%, respectively); however, they are greater than they were in September (38% and 49% in September).

[1] The number of cases for Black Americans in November is n=85.

[2]The number of cases for Black Americans in October is n=82 and in November is n=85.