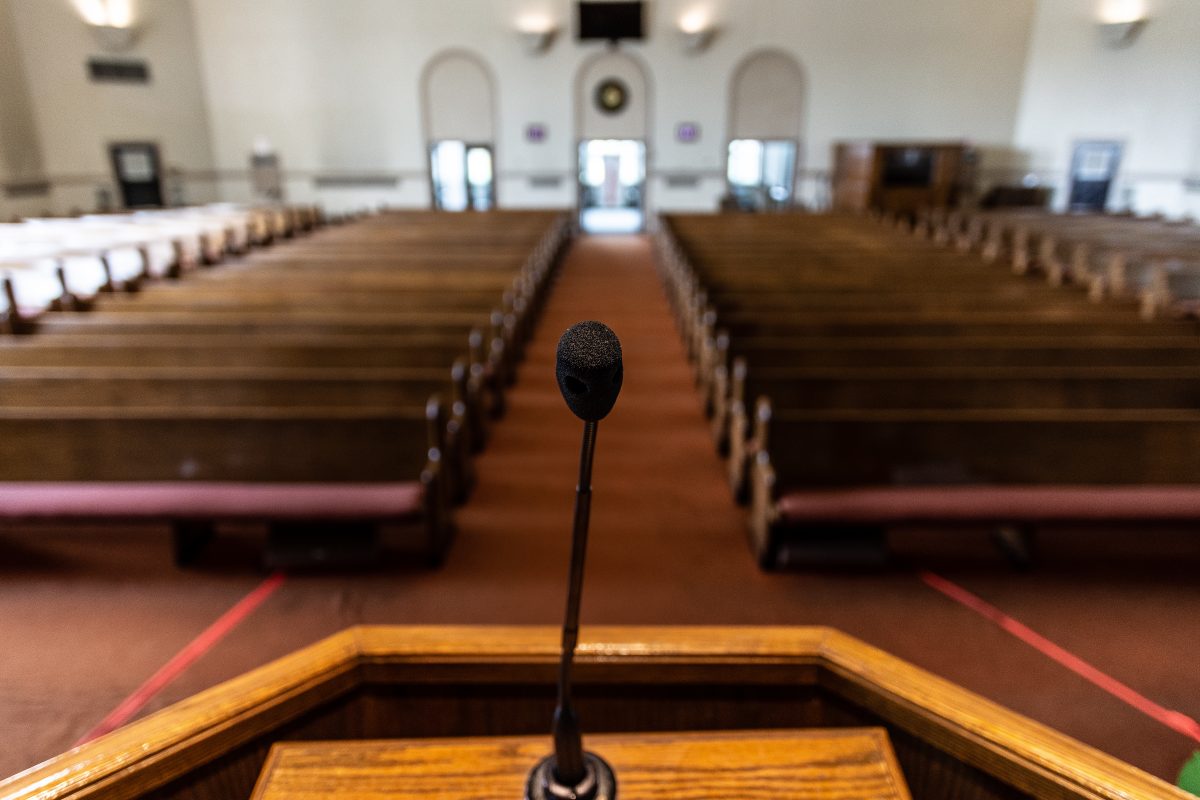 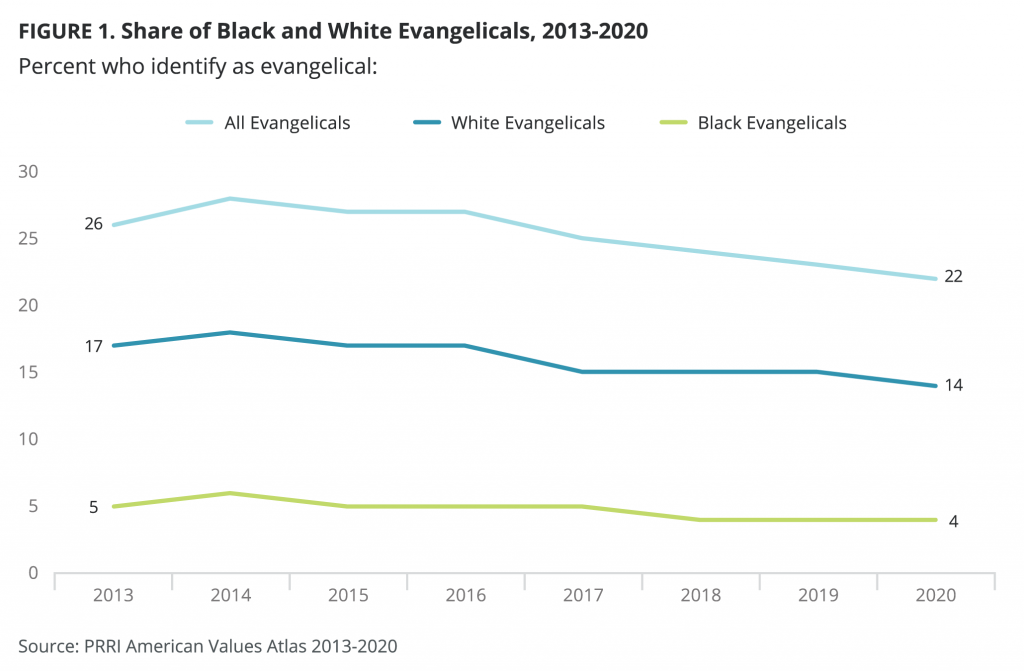 Black Evangelicals’ Views on God and the Morality of Public Officials 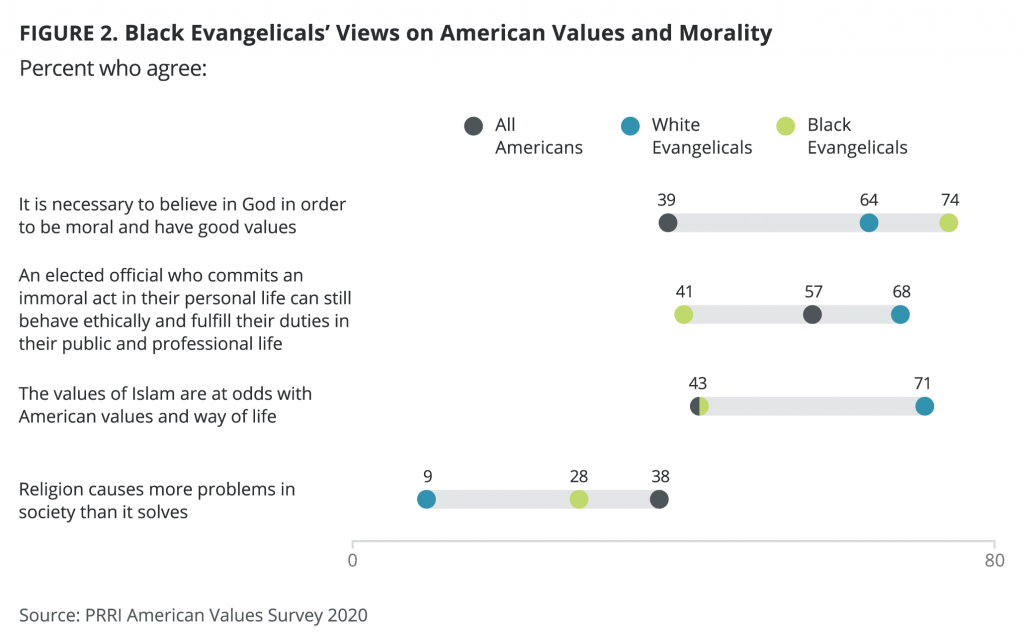 Black Americans have long questioned social and racial inequities in America, which were especially visible during last summer’s protests over the killing of George Floyd and the desire to promote racial reconciliation. In response to the killings of Black Americans by police, data from the American Values Survey show that Black evangelicals are notably more likely than white evangelicals to say that these killings are part of a broader pattern of how police treat Black Americans (80% vs. 28%) rather than isolated incidents (20% vs. 70%), and that calls to      “defund the police,” aim to redirect some police department funding to other social services (82% vs. 48%) rather than eliminate police departments (17% vs. 51%). Moreover, majorities of Black evangelicals support the goals of the “defund the police” movement (63%) and the goals of the Black Lives Matter movement (83%). Finally, most Black evangelicals (80%) say the U.S. government should provide some form of economic compensation to African Americans who are the descendants of enslaved people as a way to make up for the harm caused by slavery, segregation, and other forms of racial discrimination.

Not surprisingly, the vast majority of Black evangelicals, compared to a minority of white evangelicals, also say that the Confederate flag (86% vs. 17%) and the monuments to Confederate soldiers (75% vs. 10%) are more symbols of racism than of Southern pride, and also think that former president Donald Trump’s decisions and behavior as president encouraged white supremacists (81% vs. 26%).

Black evangelicals tend to show more favorable opinions toward immigration policies than white evangelicals and do not differ significantly on immigration views from the general public. For example, according to data from the 2020 American Values Survey, Black evangelicals are more likely than white evangelicals to oppose the separation of an immigration border policy that separates children from their parents and charges parents as criminals when they enter the country without permission (85% vs. 63%), to support allowing immigrants brought illegally to the U.S. as children to gain legal resident status (73% vs. 52%), to oppose building a wall along the U.S.-Mexico border (73% vs. 24%), and to oppose the passage of a law that prevents refugees from entering the U.S. (63% vs. 40%).

However, Black evangelicals do not differ from white evangelicals in their support for allowing undocumented immigrants a way to become citizens provided they meet certain requirements (65% vs. 58%), allowing them to become permanent legal residents but not citizens (16% vs. 14%), and identifying them and deporting them (16% vs. 27%). 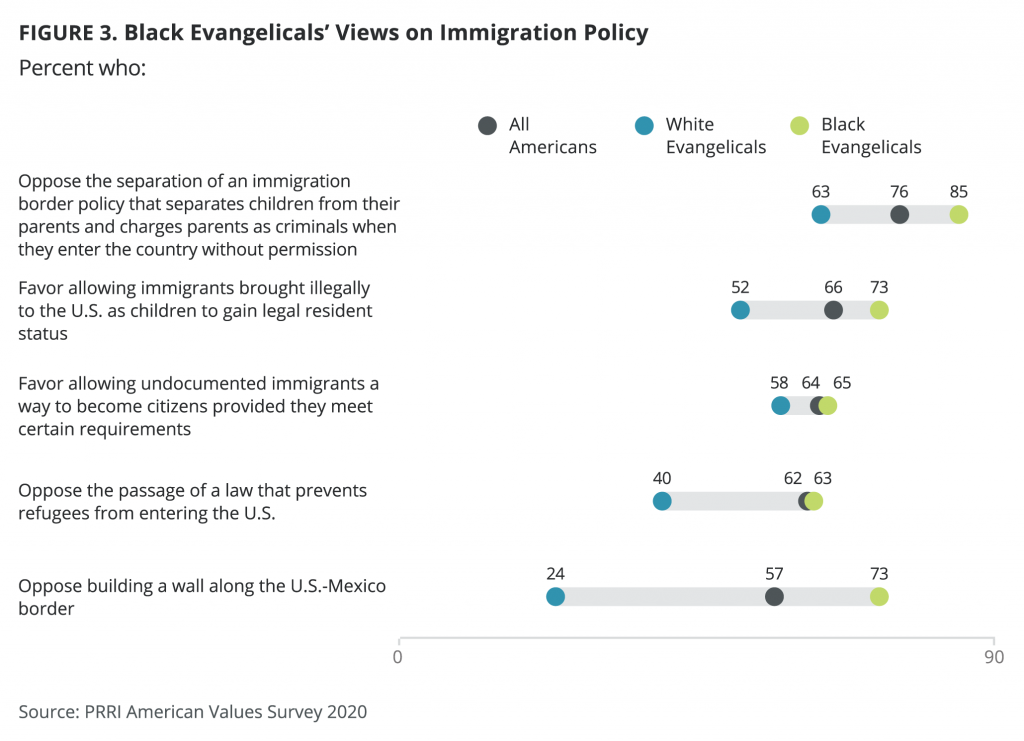