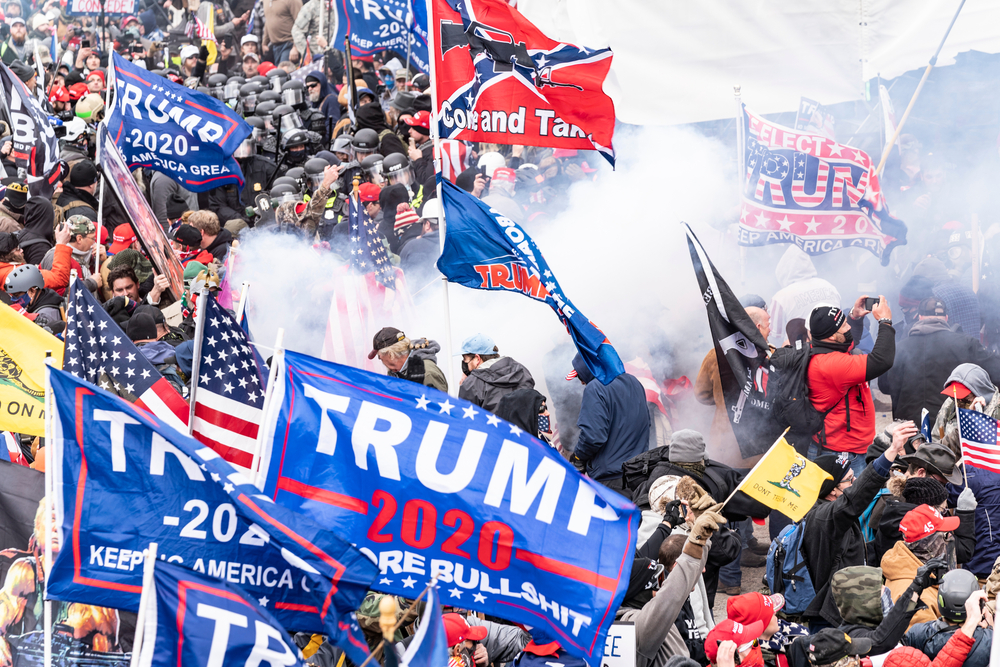 As the nation prepares to observe the first anniversary of the January 6 insurrection at the U.S. Capitol, PRRI’s 2021 American Values Survey, fielded in October 2021, illuminates the sharp partisanship following the first time that a peaceful transfer of power failed to take place in America’s 245-year history. Some of the most troubling and challenging divides among the American people can be found in how we view the outcome of 2020’s free and fair national election, our entanglement in dangerous conspiracy theories, and how both of these issues are fueling voices in support of or desirous for political violence in the United States.

The Big Lie Maintains Its Hold on Republicans 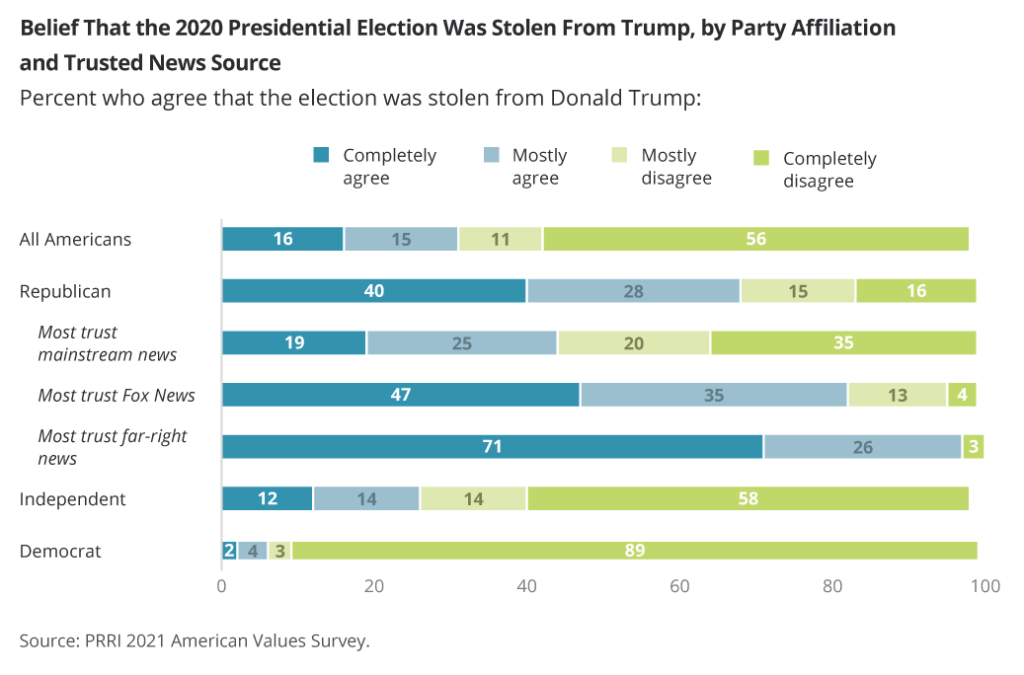 A majority of white evangelical Protestants (60%) and around four in ten white Catholics (40%) and white mainline (non-evangelical) Protestants (37%) believe that the election was stolen from Trump. Smaller shares of other Christians (29%), Hispanic Catholics (19%), Black Protestants (18%), and religiously unaffiliated Americans (17%) agree.

White Americans (36%) are most likely to believe the 2020 election was stolen from Trump, while Hispanic Americans (22%) are slightly more likely than Americans of other races (18%) and Black Americans (16%) to agree.

Americans with high school degrees or less (38%) or some college experience but no four-year degree (32%) are somewhat more likely than those with four-year degrees (24%) or postgraduate degrees (14%) to say that the election was stolen from Trump.

Around one in five Americans agree with these three core tenets of the QAnon movement:

These shares are relatively stable compared to June, when 16% of Americans were QAnon believers, 49% were doubters, and 35% were rejecters. The share of rejecters is slightly lower now than it was in March (40%).

Who Thinks Political Violence Is Justified?

After the violent attacks on the U.S. Capitol on January 6, 2021, the prospect of political violence threatening a peaceful transfer of power has become more than an abstract question. As noted above, nearly one in five Americans (18%) agree with the statement “Because things have gotten so far off track, true American patriots may have to resort to violence in order to save our country.” Republicans (30%) are more likely to agree with this than independents (17%) and Democrats (11%). Among Republicans who most trust far-right news sources, agreement increases to 40%, compared to 32% among those who most trust Fox News and 22% among those who most trust mainstream news sources. 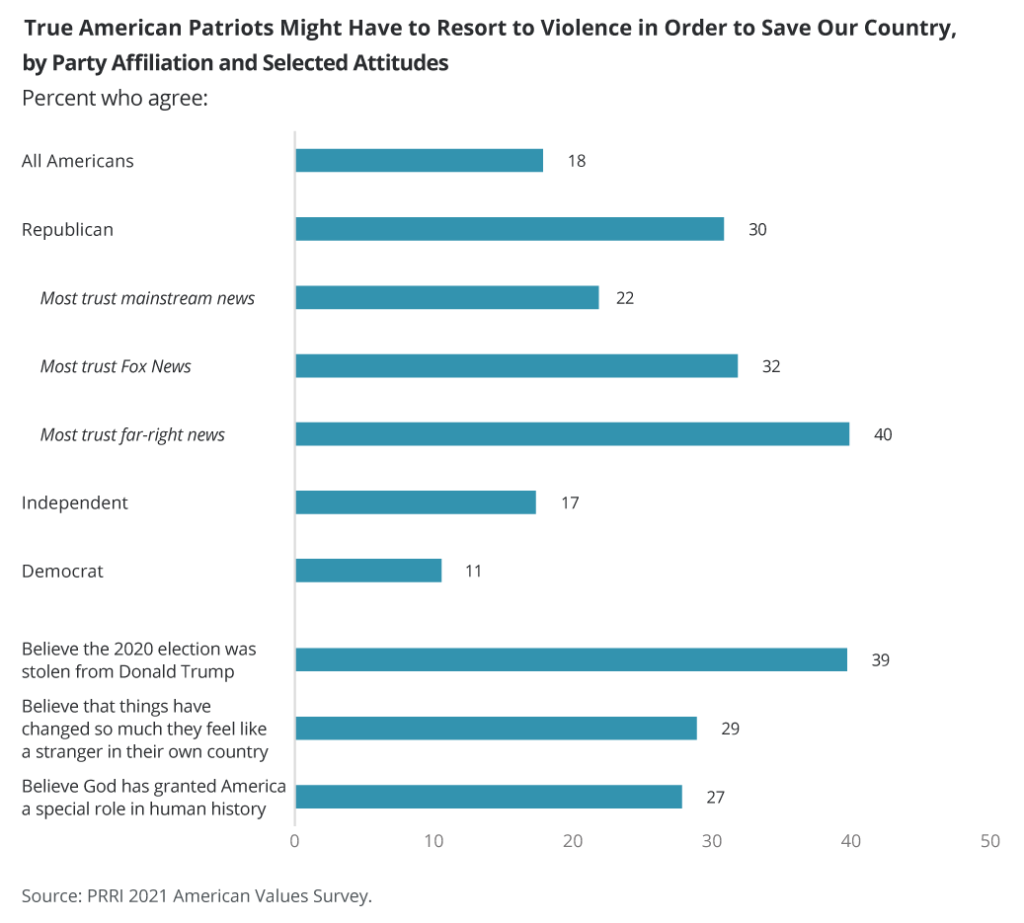