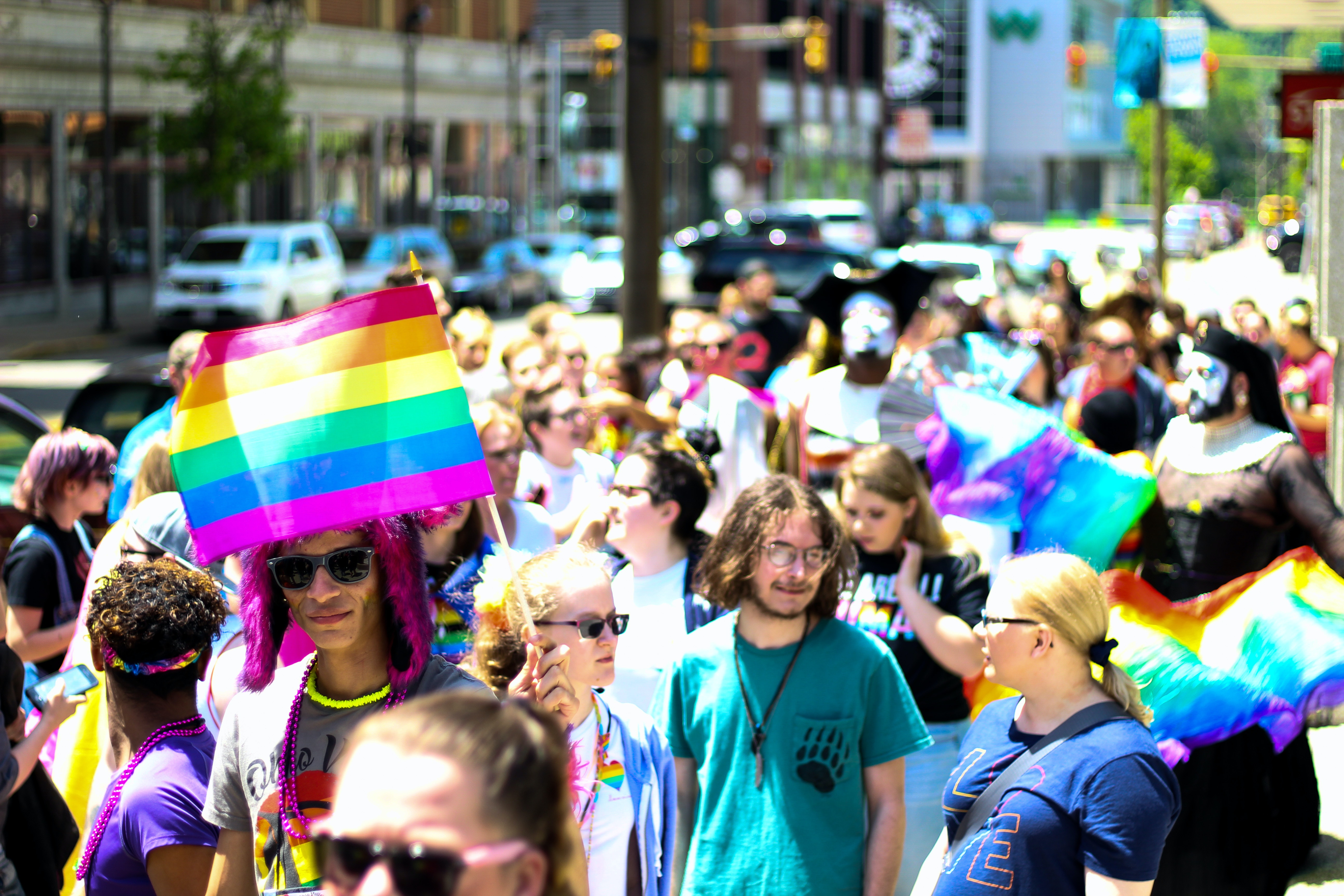 The vast majority of Americans (70%) favor allowing gay and lesbian couples to marry legally, compared to 28% of Americans who oppose it. Majorities of Democrats (80%) and independents (76%), as well as half of Republicans (50%), support same-sex marriage.

More than eight in ten Americans (83%) favor laws that would protect gay, lesbian, bisexual, and transgender people against discrimination in jobs, public accommodations, and housing, compared to only 16% of Americans who oppose such laws. Majorities of Democrats (94%), independents (85%), and Republicans (68%) favor nondiscrimination laws that protect LGBTQ people. 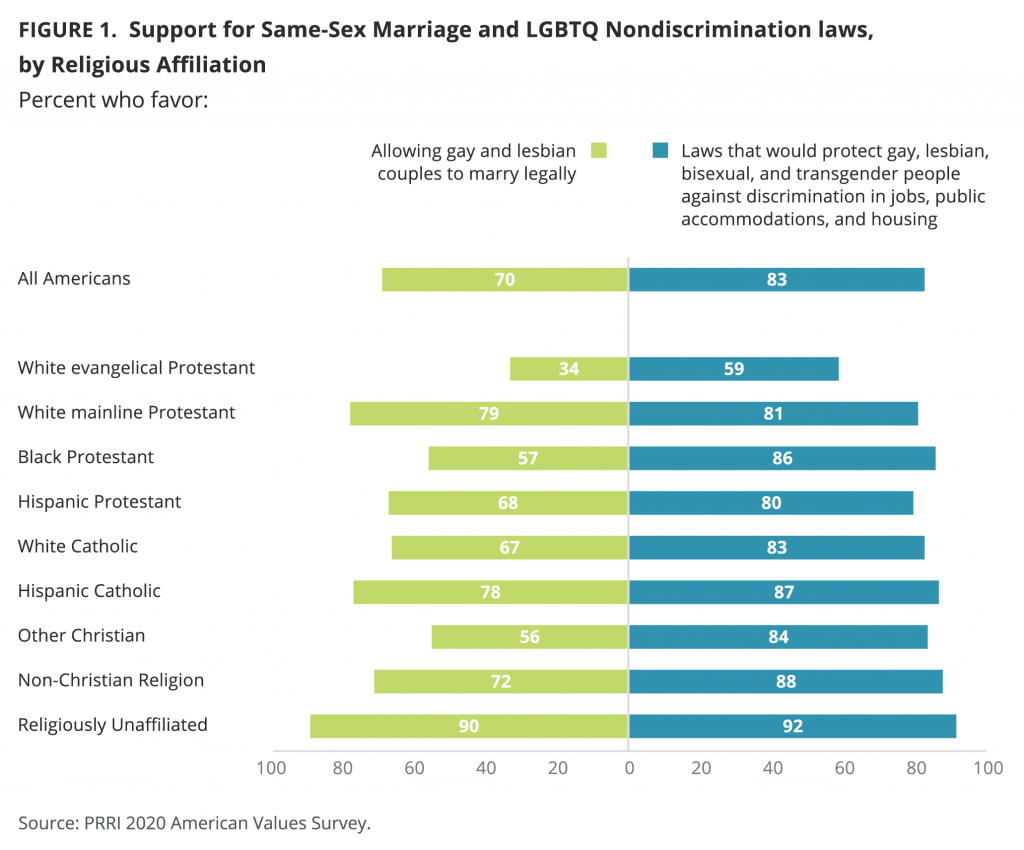 A broad majority of Americans (70%) oppose allowing religiously affiliated agencies that receive taxpayer funding to refuse to accept qualified gay and lesbian couples as foster parents, including 31% who strongly oppose it. About three in ten favor this policy (28%), with only 11% strongly favoring it.

Bipartisan majorities oppose allowing religiously affiliated agencies to refuse to accept qualified gay and lesbian couples as foster parents. This includes 83% of Democrats, 70% of independents, and 55% of Republicans.

White evangelical Protestants are the only religious group among whom a majority favor this policy. About four in ten white evangelical Protestants (42%) oppose allowing religiously affiliated agencies to refuse to accept gay and lesbian couples as foster parents, compared to a majority who favor this policy (53%). Notably, majorities of Catholics are highly opposed to this policy: more than eight in ten white Catholics (82%) and more than six in ten Hispanic Catholics (65%) oppose this policy, including about four in ten of each group who strongly oppose it (41% and 42%, respectively). Strong majorities of all other religious groups oppose this policy, including members of non-Christian religious groups (82%), religiously unaffiliated Americans (80%), white mainline Protestants (70%), and Black Protestants (62%).[1]

More than six in ten Americans (65%) oppose allowing a small business owner to refuse to provide products or services to gay or lesbian people if doing so violates the business owner’s religious beliefs, compared to nearly one-third who favor it (32%). This is the highest opposition recorded since PRRI began asking the question, in 2015. In 2015, 59% of Americans opposed religiously based service refusals, and opposition increased slightly to 61% in 2016, but then dropped consistently, to 60% in 2017, 57% in 2018, and 56% in 2019.

With the exception of white evangelical Protestants, majorities of all religious groups oppose religiously based refusals to serve gay or lesbian people. Approximately two-thirds or more of religiously unaffiliated Americans (77%), non-Christian religious groups (73%), Hispanic Catholics (72%), Black Protestants (71%), white Catholics (69%), and white mainline Protestants (65%) oppose allowing a small business owner to refuse to provide products or services to gay or lesbian people if doing so would violate their religious beliefs. By contrast, only about one-third of white evangelical Protestants (34%) oppose this policy. 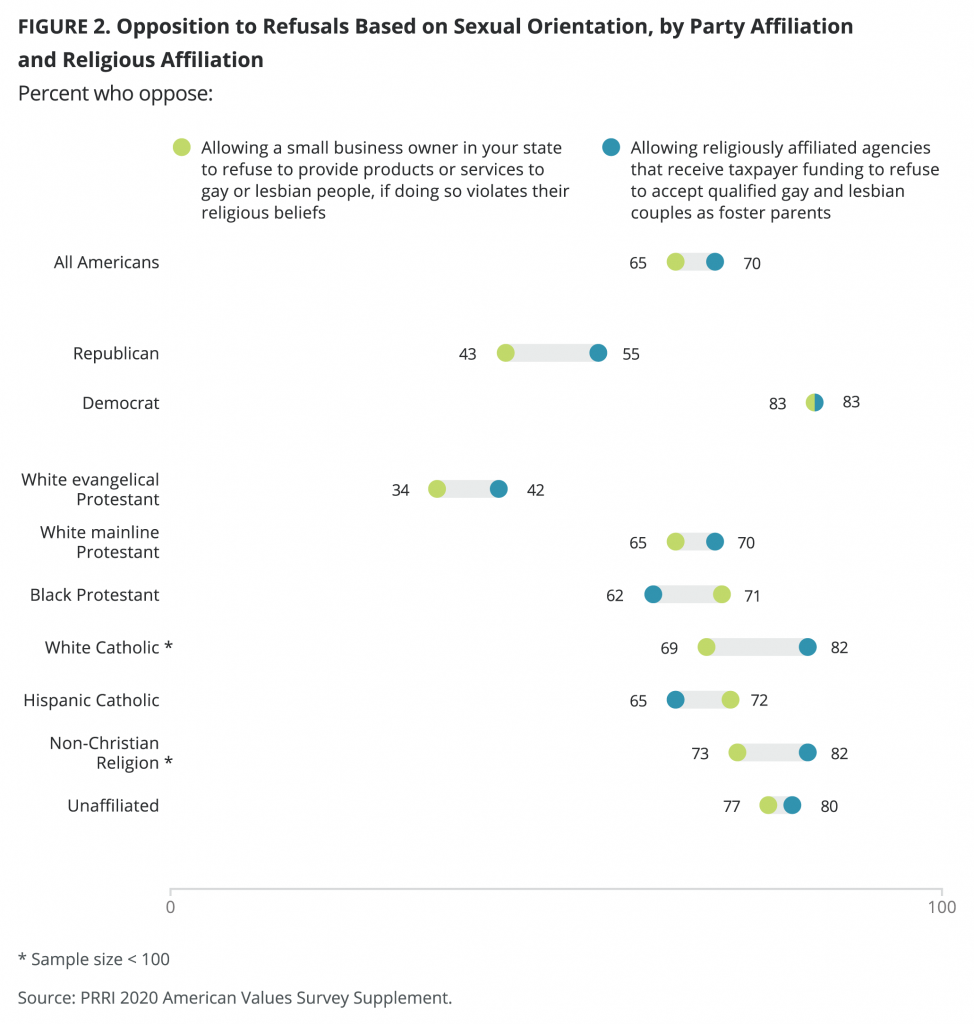 Allowing Transgender People to Serve in the U.S. Military

More than two-thirds of Americans (68%) favor allowing transgender people to serve in the U.S. military, including 31% who strongly favor it; nearly three in ten Americans (29%) oppose this policy. Since 2017, support for this policy has slightly increased, while the opposition has remained roughly steady (30%).

Half of Republicans (50%) favor allowing transgender people to serve in the U.S. military, as do more than eight in ten Democrats (81%) and nearly seven in ten independents (68%). This support has remained stable among Democrats (83%) and independents (67%) since 2017 but has notably increased among Republicans (37%) over the past three years.

Majorities of all age cohorts favor allowing transgender people to serve in the U.S. military, but there are notable differences in the strength of support among those over and under age 50. More than seven in ten Americans ages 18 to 29 (73%) and ages 30 to 49 (72%) favor this policy, compared to 64% of Americans ages 50 to 64 and 60% of seniors ages 65 and over. 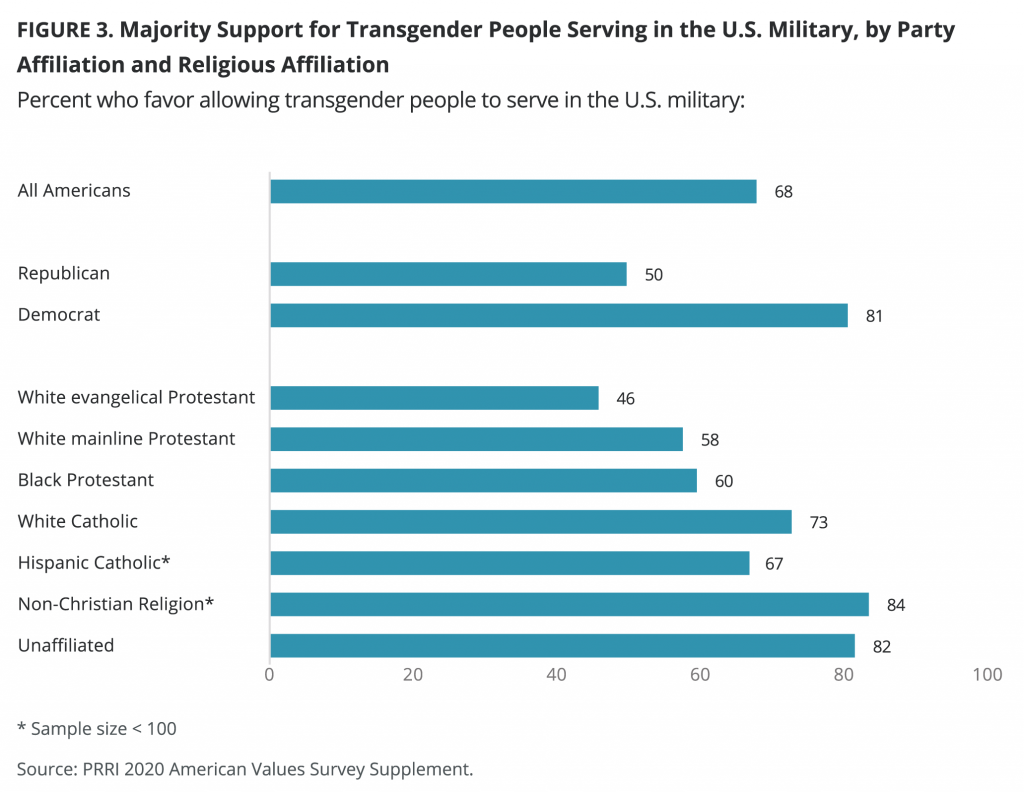 [1]The number of cases for Hispanic Catholics is 84 and for members of non-Christian religions is 83. These results should be interpreted with caution. These groups differ significantly from white evangelical Protestants on all the questions.