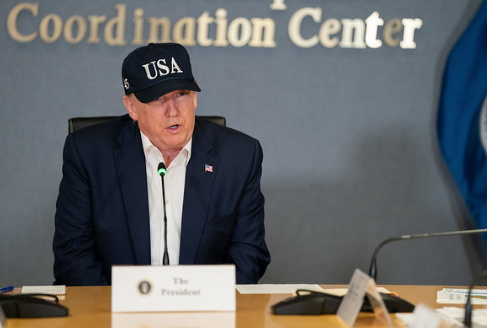 120+ Years of Voter Suppression in the United States

In the late 1800s and early 1900s, the Grandfather Clause denied suffrage to black residents in several southern states, removing them from the voting process. Dr. Shantella Sherman examines the ruling, which implemented new taxes and literacy tests for those who wished to vote. Despite the U.S. Supreme Court ruling that the Grandfather Clause violated the 15th Amendment in 1915, it was not until the Voting Rights Acts of 1965 that this discriminatory practice was put to an end—but the repercussions of the law had been felt for generations. More than 100 years later, nonwhite voters are still significantly more likely to report that they encounter barriers to voting. Sherman points to PRRI data that shows how black and Hispanic Americans still face significant barriers at the polls.In 2018, black and Hispanic Americans were twice as likely (16% vs. 8%) as white Americans to say that they could not get off work in time to vote.

The Fight For LGBT Nondiscrimination Protections in Kansas

During a recent city council meeting in Olathe, Kansas, a 12-year-old boy asked the town why they don’t support LGBT nondiscrimination protections. “I just don’t understand why if I’m with my mothers and we decide to go to a restaurant to eat, that we can be denied access and have to eat somewhere else,” Jak Guimbellot asked. According to the Kansas City Star, the city of Olathe hasn’t been as quick to adopt LGBT protections as some neighboring areas. For three years, the town has balked at changing local laws to allow nondiscrimination protections. They argue that equal protections could create a financial burden for the city, and that such an ordinance should be left up to the state. Data from PRRI’s 2018 American Values Atlas puts Kansas in the middle of the debate. Half (50%) of Kansas residents believe that a business should be allowed to refuse service to someone if it violates their religious beliefs. In the KC metro area, 53% of residents disagree.

A New Look at the American Values Atlas

On Wednesday, PRRI released a comprehensive update to the American Values Atlas (AVA) which allows the public to further engage with state-by-state polling on abortion. The American Values Atlas draws upon 50,000 annual telephone interviews among a random sample of Americans to deliver an unprecedented level of detail about the United States’ cultural and religious landscape. With its large sample size, the AVA provides a rare look at the profiles of smaller religious communities—such as Jews, Muslims, Mormons, Hindus, Buddhists, and others—who are often omitted from depictions of the country’s religious population. The AVA’s scope also allows its users to explore the increasing diversity of specific regions, all 50 states, and 30 major metropolitan areas.