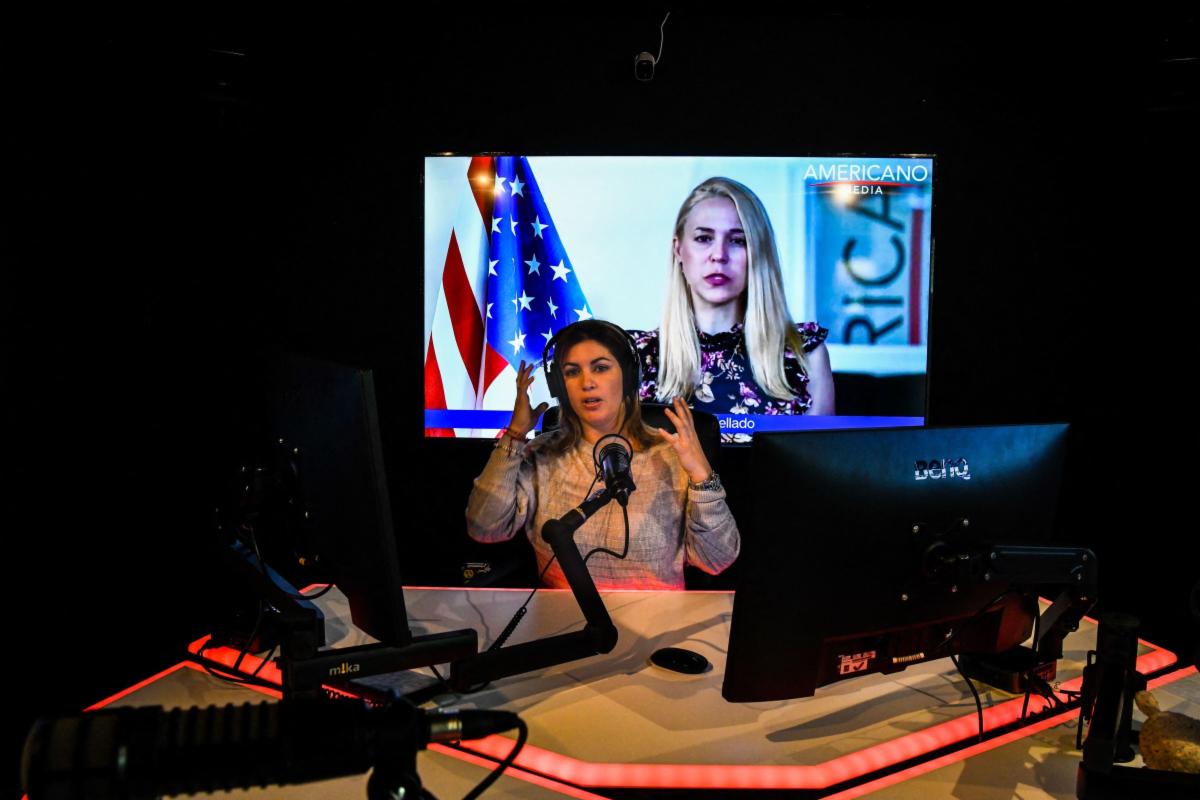 Why Latino Voters Are Leaving the Democratic Party

Katherine Stewart writes for The New Republic’s Soapbox newsletter that, although some political pundits anticipated America’s growing diversity would put “the conservative movement on the path to extinction,” Republicans have dexterously targeted Latino voters through an enormous media and messaging effort. She points out that a significant portion of the nation’s Latinos do not clearly identify with either side of America’s partisan culture war, though subpopulations concentrated in swing states have played “an outsize role” in impacting the outcome of national elections. Stewart writes that most Democratic strategists appear to ignore a key reason for the shift: religious demagoguery that plays into the extremely conservative roots of Latino populations, despite alarm by “Trump’s gain nationwide among Latino and Hispanic voters—estimated to be around eight to 10 points, with the increase far wider in some key districts.”

Stewart explains that the shift is directly tied to religion: PRRI’s 2020 Census of American Religion finds that half of American Latinos and Hispanics are Catholic, and increasing numbers identify as evangelical, many aligned with Pentecostal and charismatic sects, which are also on the rise in South and Central America. The group LEXIT, Latino Exit from the Democratic Party, exemplifies this migration. LEXIT was founded by Jesse Holguin, a self-described former gang member and ex-con who “works to lead Latinos and others away from the Left and back toward their faith.” Stewart describes this as an “interesting feature of the Trump era” as it “coexists in spaces with people promoting the Great Replacement and other racist conspiracy theories.” Stewart summarizes that, “These demographic delusions are also rooted in a misunderstanding of how American politics works,” and that, “Unencumbered by loyalty to truth or fact, they have weaponized religious nationalism and the American dream and are using both to advance policies that will put that dream out of reach for most people.”

Trip Gabriel for The New York Times examines the effect that the leaked U.S. Supreme Court decision is having on the midterm elections and both party bases in general. “Pennsylvania, one of a handful of states where abortion access hangs in the balance with midterm elections this year, is a test case of the political power of the issue in a post-Roe world,” Gabriel writes. He suggests that Democrats are worried that their coalition lacks energized voters after the 2020 race that defeated former President Donald Trump, while some anticipate that the fall of Roe could supply enthusiasm otherwise missing from a midterm cycle.

A 19-year-old woman, who Gabriel says is representative of voters who would normally fall off in midterm elections but who won’t this year because of the leak, stated: “I don’t have any kids, but if I was in a situation that required me to, I should be able to” choose the fate of a pregnancy. Rob Gleason, a former chair of the Pennsylvania Republican Party, disputes the notion by saying, “Nothing’s going to be able to save [Democrats] this year,” also mentioning gas priced at $5.40 a gallon. Gabriel writes: “Republicans have shifted attention instead to the leak itself and away from its substance, arguing abortion was hardly a silver bullet for Democratic apathy and that more pressing issues—inflation and President Biden’s unpopularity—had already cast the midterm die.” PRRI research from 2019 found that Democrats (70%) are twice as likely as Republicans (34%) to favor the legality of abortion; six in ten (60%) Republicans are opposed to the legality of abortion, although notably, only 22% of Republicans say abortion should be illegal in all cases.

Law professor Michele Goodwin writes for The Atlantic that abortion access for tens of millions of women and girls across the nation may soon be a matter of the past as the U.S. Supreme Court is poised to overturn Roe v. Wade. Goodwin cites a comparative study from the medical journal Obstetrics & Gynecology that found an American woman is 14 times more likely to die by carrying a pregnancy to term than by having an abortion, a fact the Supreme Court even acknowledged in 2015 in its Whole Woman’s Health v. Hellerstedt decision.

State legislatures in the South have focused on reducing women’s reproductive rights by targeting “abortion providers for decades, stripping them of their ability to provide essential health-care services for poor women,” Goodwin writes, contributing to the United States being the deadliest country in the developed world to be pregnant. Findings from the Mississippi Department of Health show that Black women in the state are 118 times more likely to die from giving birth than from having an abortion. Goodwin offers that perhaps the most troubling aspect of the draft Associate Justice Samuel Alito Jr. wrote are the legal authorities he turns to: scholars who claimed that women had no independent existence apart from their husbands and fathers, that women were property, and that women could lawfully be subjected to physical punishment and even rape by their husbands, the latter of which was only overturned in the late 1990s. She also notes that, in the past, such states’-rights approaches resulted in lower courts dismissing cases that involved spousal rape and incest, such as the 1905 case Roller v. Roller, where the Washington Supreme Court ruled that a girl could not sue her father for rape. The court claimed that doing so would interrupt “domestic harmony.” Goodwin begs the question: harmony for whom?