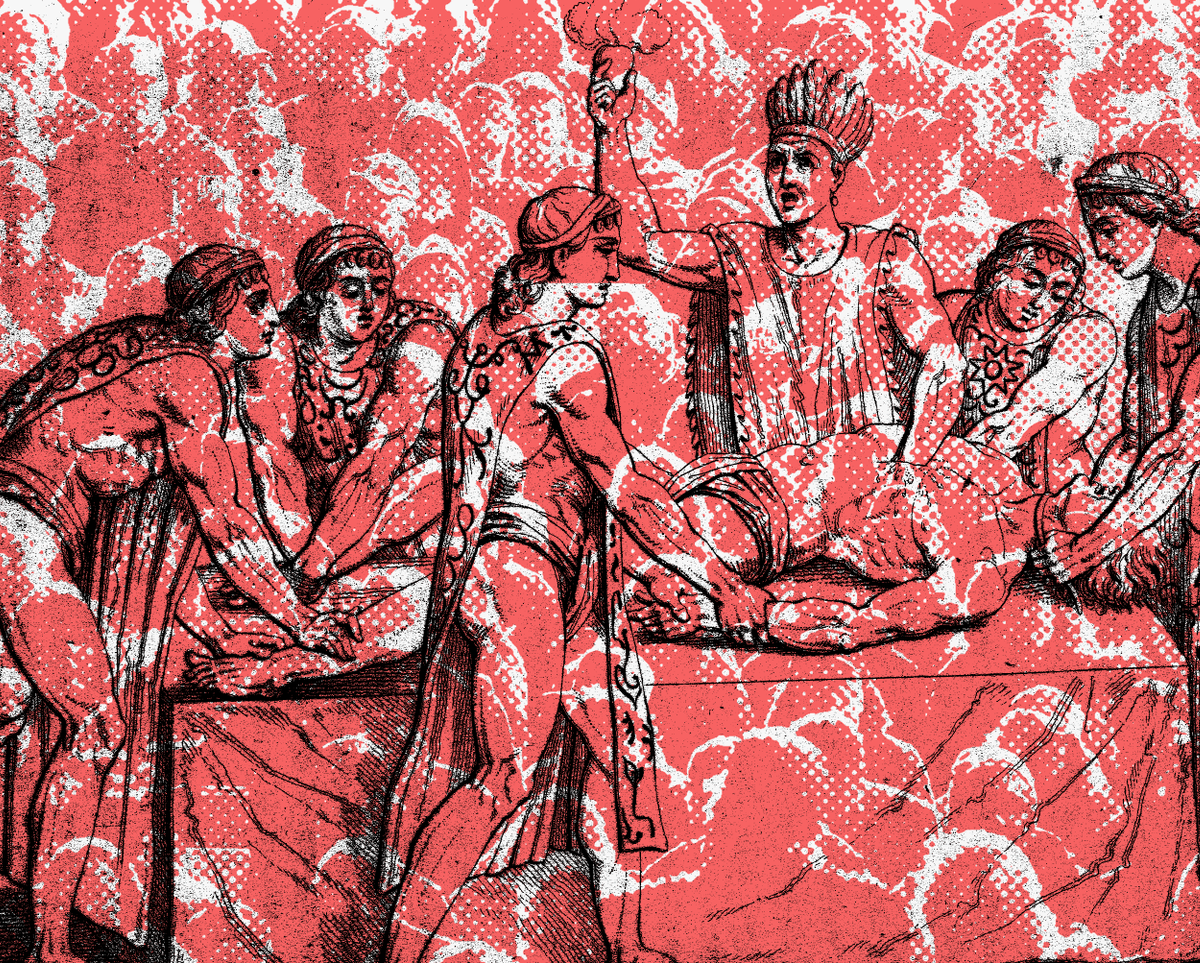 What the Anti-Vaccine Right Brought to America

Kurt Andersen for The Atlantic reflects on the impact of the aggressively politicized anti-vax movement as it has taken shape throughout the pandemic. He cites former President Trump’s May 2020 Oval Office statement that the American people needed to be “warriors” in the face of a likely rise in deaths that would have resulted from a rapid reopening of the economy. Andersen writes that the administration weighed “whether and how governments should intervene” versus “how many lives were worth how much of a hit to the economy.” He describes how this has led to organized political resistance and thus an ongoing death toll for “no reasonable, ethically justifiable social purpose.” Anderson also quotes a conservative editor who wrote in October 2021 that vaccination and pandemic mitigation measures represent an “illusion of human control over death,” because, she contends, “there is nothing we can do to make our days on earth one second longer.” The piece cites PRRI-IFYC data that found those “who attend religious services regularly are twice as likely as less frequent attenders to be vaccine refusers.”

Matt Lavietes for NBC News reports on an announcement from the Human Rights Campaign that its Business Coalition for the Equality Act has reached “a new and unprecedented milestone, growing to include more than 500 major U.S. corporations now calling for the U.S. Senate to pass the Equality Act.” Lavietes writes: “As it stands, LGBTQ people in 29 states lack explicit nondiscrimination protections in employment, housing, loan applications, education, public accommodations and other areas.” He also notes how, as of this month, more than 150 companies have signed on to a pledge criticizing the slew of anti-transgender bills proposed around the country. PRRI research cited by HRC found a large majority of Americans (82%) favor laws that protect LGBTQ people from discrimination. PRRI’s 2021 survey also found that knowing any person who is LGBTQ has a meaningful impact on support for nondiscrimination laws—among those who do not know an LGBTQ-identifying person, 72% support the laws, compared to 87% of those who do know an LGBTQ person.

In PRRI founder and CEO Robert P. Jones’ latest #WhiteTooLong Substack post, he shares an illuminating conversation with The Very Rev. Dr. Kelly Brown Douglas, dean of the Episcopal Divinity School at Union Theological Seminary, and writer Danté Stewart. Stewart works on the topics of race, religion, and politics, and is the author of a New York Times op-ed, “How I Learned That Jesus Is Black.” In the 34-minute video conversation, Stewart describes how his work invokes the spirit of James Baldwin, one of America’s most prolific writers and social critics. “Baldwin says that though many people do not realize, Black people are indeed beautiful. And so for me, as I think about my book and that kind of everyday ordinary power of blackness, I wanted people to realize, our stories are the power.” As the conversation turned to anti-Blackness, Stewart said: “One of the challenges is that so often we get around people who are more concerned about protecting a world that benefits their children rather than liberating a world that damages and destroys ours.” According to a February 2021 PRRI report, Democrats are notably more likely than Republicans to say that there is a lot of discrimination against historically marginalized groups, including Black Americans (91% vs. 45%).