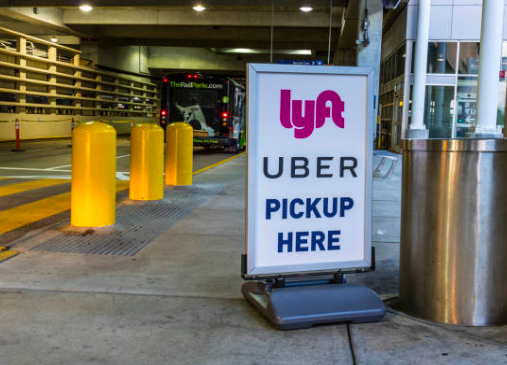 Uber, Lyft, and Door Dash will give a combined $90 million dollars to fund a California initiative that seeks to exempt them from Assembly Bill 5, a new bill targeting the gig economy. The proposed bill would classify gig workers as employees, not contractors, and entitle them to a guaranteed minimum wage and more sustainable benefits. According to ride-share and food delivery companies, this could be problematic for their business. California Assemblywoman Lorena Gonzalez (D-San Diego), who cosponsored the bill up for debate, thinks the companies are being cheap. “Billionaires who say they can’t pay minimum wages to their workers say they will spend tens of millions to avoid labor laws. Just pay your damn workers!” she tweeted. The companies believe that they can reach a compromise with state legislatures and representatives for their drivers. “We are working on a solution that provides drivers with strong protections that include an earnings guarantee, a system of worker-directed portable benefits and first-of-its kind industrywide sectoral bargaining, without jeopardizing the flexibility drivers tell us they value so much,” Adrian Durbin, a Lyft spokesman, tells The New York Times. In a 2018 survey, PRRI provided an in-depth analysis on workers in the gig economy in California. Data shows that 11% of Californians report participating in the gig economy in the last year. Workers who are struggling with poverty are about twice as likely as workers who are not struggling to report participating in the gig economy in the last year (17% vs. 9%).

During a recent acceptance speech at the 2019 MTV Video Music Awards, Taylor Swift urged lawmakers to vote ‘yes’ for the Equality Act. The bill, which has passed in the House of Representatives and is awaiting a vote in the Senate, would add LGBT nondiscrimination protections to The Civil Rights Act of 1964. “Your voting for this video means that you want a world where we’re all treated equally under God, regardless of who you love, regardless of how we identify,” Swift said. Swift was accepting an award for her music video “You Need to Calm Down,” which highlights LGBT Americans and asks viewers to sign a petition that urges lawmakers to act on the Equality Act. PRRI data shows that 69% of Americans, including majorities in all 50 states, support LGBT nondiscrimination protections. Throughout 2019, Swift has made the Equality Act a major part of her platform. In June, she used PRRI data to show how supportive the country is for nondiscrimination protections. Swift writes, “Reports are that the majority of Americans across ALL parties favor these nondiscrimination protections for LGBTQ people (liberals at 81%, moderates at 76%, conservatives at 55%). To vote against this bill would be to vote against the wishes of most Tennesseans and Americans.”