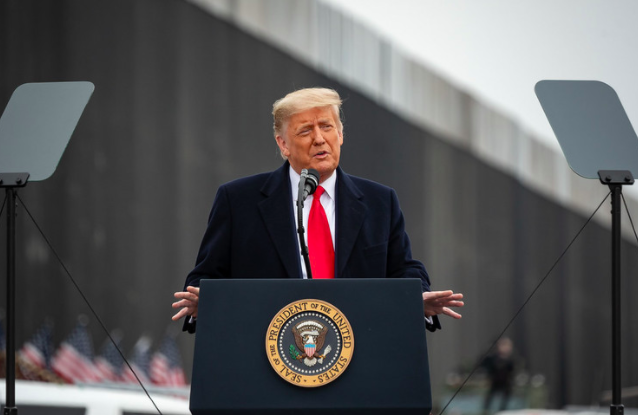 In The Daily Beast, Matt Lewis looks at how President Trump has divided the Republican Party. “It’s become a party full of people who see themselves as victims and believe that they are losing what should be their country,” Lewis opines. At The Guardian, Richard Luscombe looks at the immediate impact of Trump’s legacy. “Many party members believe such fractures will be exposed in swing states and across primary elections in the coming months and years, as moderates seek to loosen the influence of Trump and his supporters.” PRRI data shows that 9% of Republicans and 78% of Democrats say that the Republican Party has been taken over by racists.

In a recent piece for CNN, Ronald Brownstein uses PRRI data to analyze President Trump’s legacy. According to Brownstein, Trump will leave office with a country that is at its most divided since the Civil War. Brownstein notes how differently the two dominant political parties view one another. “In the Public Religion Research Institute polling, about four-fifths of Democrats say the Republican Party has been taken over by racists, while a virtually identical share of Republicans say the Democratic Party has been taken over by socialists.”

MyPillow CEO Claims His Product Has Been Dropped From Major Retailers

According to data from the 2019 American Values Survey, Americans hold somewhat paradoxical views about the role of corporations in politics. Generally speaking, more than eight in ten (84%) Americans prefer large business corporations to stay out of politics, compared to just 14% who say businesses should take political stances. At the same time, however, a slim majority (52%) of Americans say that it is extremely or somewhat important that their own company reflects their political views. According to Mike Lindell, the much-maligned CEO of MyPillow, several major retailers have recently dropped his product. Lindell has long been one of President Donald Trump’s fiercest allies and most passionate promoters of conspiracy theories surrounding his 2020 election defeat.

PRRI data shows that a majority of Americans (57%) say Trump’s decisions and behavior as president have encouraged white supremacist groups. In recent days, the FBI has confirmed that a number of people on their internal watch lists were present at the Jan. 6 riot at the U.S. Capitol. Among those is a white supremacist from Maryland who has claimed he wanted to be a lone wolf style killer. Bryan Betancur has reportedly made “statements to law enforcement officers that he is a member of several white supremacy organizations. Betancur has voiced homicidal ideations, made comments about conducting a school shooting, and has researched mass shootings,” reports WUSA.
Tweet
Tweet
Tweet