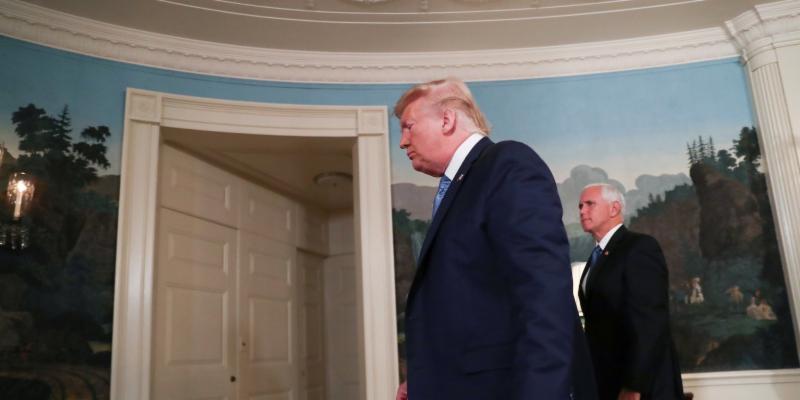 According to a new report in The Daily Beast, President Donald Trump hopes to share campaign stages with several veterans who have been convicted or accused of war crimes, including Navy SEAL Edward Gallagher. Gallagher was accused of fatally stabbing a teenage ISIS fighter who was receiving medical treatment. The Navy prosecuted Chief Gallagher and wanted to expel him from the SEALs, but the president has repeatedly intervened in the sailor’s favor, most recently reversing a decision to demote his rank upon retirement. According to The Daily Beast, Trump has discussed bringing the men on stage as a “big deal” for the Republican National Convention. Trump allies have come forward since, however, and one added that this intervention undermines the integrity of armed forces and damages national security. PRRI data shows that nearly three in four (73%) Americans say they wish Trump’s speech and behavior were more consistent with past presidents, but opinion is polarized. Less than half (46%) of Republicans say they wish Trump’s behavior was more consistent with past presidents, compared to 74% of independents and 88% of Democrats who say the same.

Perry: ‘Trump and Obama Ordained By God to Be President’

In a recent interview with Fox News, outgoing Energy Secretary Rick Perry says that he believes both President Trump and former President Barack Obama were ordained by God to be president.”I’m a big believer that the God of our universe is still very active in the details of the day-to-day lives of government,” the former Texas Governor explains. “You know, Barack Obama doesn’t get to be the President of the United States without being ordained by God. Neither did Donald Trump.” PRRI data has shown that Perry is not alone in this view on divine intervention. Per PRRI data from 2017, 28% of Americans believe that God played a major role in the election of Donald Trump, and 13% believe that God played a minor role.

Getting an Abortion in Georgia

In May, Georgia Governor Brian Kemp signed a bill into law that bans abortions after six weeks. Thanks to several legal hurdles, the law has yet to take effect. However, getting an abortion in the state is already a challenge according to a new piece in Vice. Writer Kimberly Lawson tells the story of Susana, and how difficult the abortion process is in the state. “The clinic was located in an office complex. There were protesters at the entrance—they were standing there with signs,” Susana explains. “My boyfriend and I drove in circles all around the building so that they wouldn’t see us drive straight to the clinic. I didn’t know if they could tell, but I didn’t want them to identify our car.” According to Susana “all those things that are supposed to deter people from having abortions—they do.” According to PRRI data, nearly half (49%) of. Georgia residents believe that abortion should be legal in most or all cases.

Susan Matthews in Slate looks at how the conversation around climate change has evolved in political discourse. In previous presidential election cycles, climate change was barely whispered about, with only a few minutes ever devoted to discussing the long-term environmental hazards it brought with it. This year, climate change has finally become a larger talking point in politics, but still does not carry the weight it should. “There’s something frustrating about how the candidates are talking about climate change, but you can’t measure it in debate minutes,” Matthews writes. While several candidates have announced ambitious plans to combat climate change, the reality of those plans becoming law and halting, or reversing, environmental remains to be seen. According to PRRI data, Americans are significantly more likely to consider climate change a critical issue today than they were in 2015 (34% to 49%).