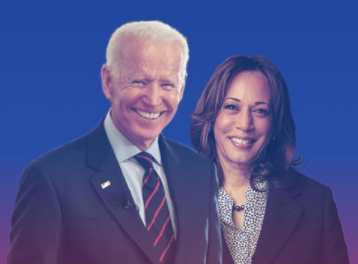 Senator Kamala Harris (D-CA) was chosen last week to join the presidential ticket for the Democratic Party in 2020. Almost immediately, Harris began to shoot down unsubstantiated reports that she was somehow ineligible for the vice-presidential slot. “They’re going to engage in lies. They’re going to engage in deception. They’re going to engage in an attempt to distract from the real issues that are impacting the American people. And I expect that they will engage in dirty tactics. And this is going to be a knockdown, drag-out. And we’re ready,” Harris said, in response to the attacks. According to PRRI data six in ten (60%) Americans think that America would be better off if more women held public office, similar to 58% who held that opinion in 2016.

“America is wide enough for those who applaud same-sex marriage and those who refuse to,” U.S. District Judge Justin Walker ruled Friday. Judge Walker ruled that the city of Louisville could not compel a photographer to work at same-sex weddings if she didn’t want to. “The Constitution does not require a choice between gay rights and freedom of speech. It demands both.” PRRI data shows that a majority (53%) of Kentucky residents oppose allowing small businesses to refuse service to gay and lesbian people, if doing so violates their religious beliefs.

In a recent piece for the LA Daily News, Stuart Miller reviews PRRI CEO and founder Robert P. Jones’s recent book, “White Too Long: The Legacy of White Supremacy in American Christianity.” “The term white supremacist conjures images of civil rights villains such as Bull Connor, George Wallace, and men hiding beneath sheets and white pointy hats. But many social justice advocates now argue that this is a simplistic, outdated notion and that white supremacy stems from deeply rooted societal problems rather than a few bad actors,” Miller writes. In Jones’ book, he draws the direct line between the history of white supremacy and Christian communities.

Since 2019, President Donald Trump’s favorability among white Christians has declined from 54% to 46%, according to PRRI data. In early August, The New York Times published an article discussing how one group of white Christians, white evangelical Protestants, feel forgotten by society and thus clutch to Trump’s message that “Christianity will have power.” This week, The Times published reactions from readers. According to Heidi R. Zinkland of Rochester, New York, not all evangelicals relate to Trump’s message about Christianity. “The faith in which I was nurtured speaks of repentance (something for which Donald Trump sees no need), redemption, and the call to work for reconciliation and restoration,” Zinkland writes.
Tweet
Tweet
Tweet