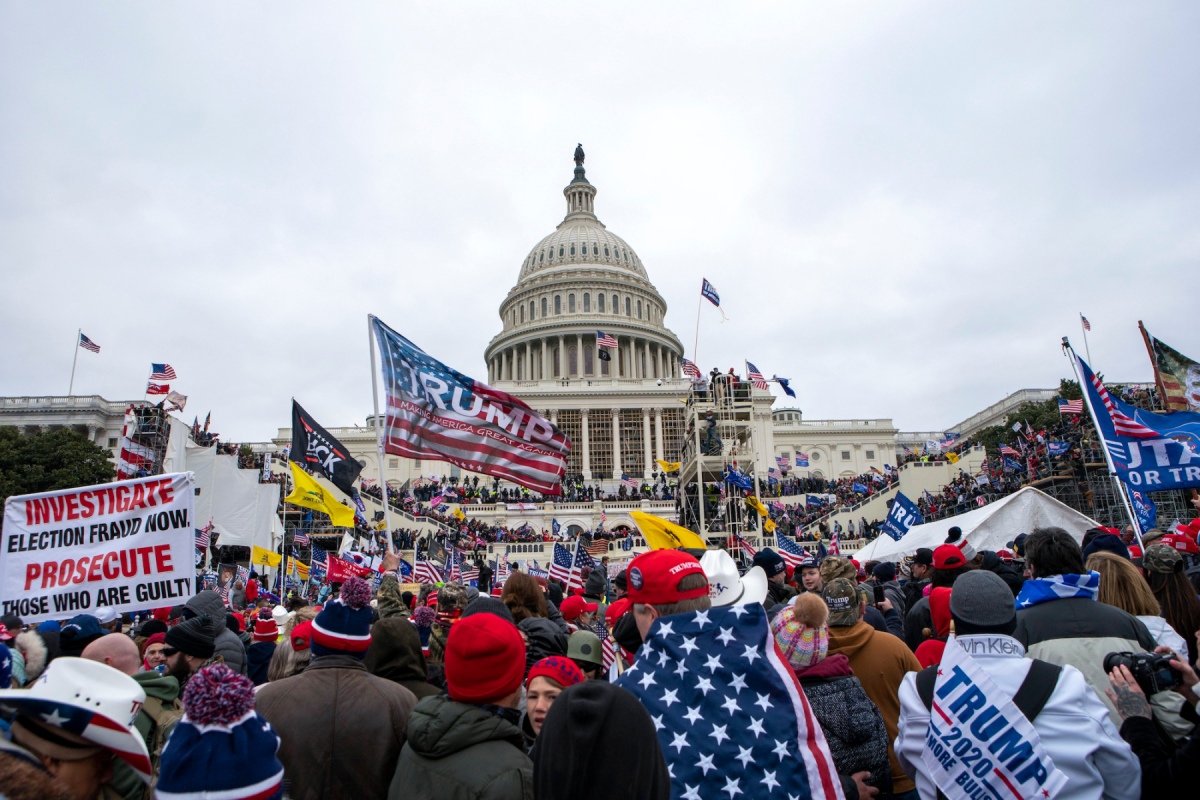 Rolling Stone: A Pretty Big Portion of Republicans Feel Violence May Be Necessary to ‘Save Our Country’

Peter Wade for Rolling Stone reports on the association between Republicans and support for Qanon and the January 6 insurrection at the U.S. Capitol. The story cites PRRI data from last fall that found one-third of Republicans believe political violence may be necessary “in order to save our country.” Wade describes how the beliefs become more troubling the deeper they get into the far right. “Among former President Trump’s supporters, the portion who endorse violence is even higher, with 39 percent agreeing it may be necessary.” PRRI’s study also documented that about one in five Americans agree with the core tenants of the QAnon movement, including the notion that a “storm” will soon remove “elites in power” (21%) and that “true American patriots” may have to engage in political violence (18%). If We Don’t Counter Far-Right Christianity, 1/6 Will Just Be the Beginning

Serene Jones, president of Union Theological Seminary, highlighted the overwhelming convergence of white supremacy, Christian nationalism, and far-right ideology in a column for Religion Dispatches. Noting a historical “fusion of theology and white supremacy” in American history, she warns that Christian nationalists who have become more mainstream as politicians “compelled by God” are working tirelessly to “condemn transgender people, suppress voters of color, and strip women of their reproductive freedom.” Jones points to PRRI data that finds white evangelical Protestants, more than any other religious group, believe that Americans might have to resort to political violence in order to save our country.

Salon’s Amanda J. Crawford theorizes that, in wake of the Capitol attack, “Americans had to confront a new reality.” The main catalysts of the attack, she writes, were conspiracy theories about the election and the “strange alternate universe of QAnon.” Since then, the idea of a “possible armed rebellion” has proliferated throughout the “Republican Party, party leaders and elected officials” alike. She goes on to cite PRRI’s data regarding Republican support for political violence. Additional PRRI data shows that nearly four in ten of those who believe the 2020 election was stolen agreed violence might be necessary.

Amidst a continuing wake of disproven allegations of fraud in the 2020 election and subsequent efforts to restrict voting access, PRRI included questions about elections and voting in its fall 2021 American Values Survey. The key findings on elections, voting, and fraud are included in PRRI’s latest spotlight analysis, including the following: