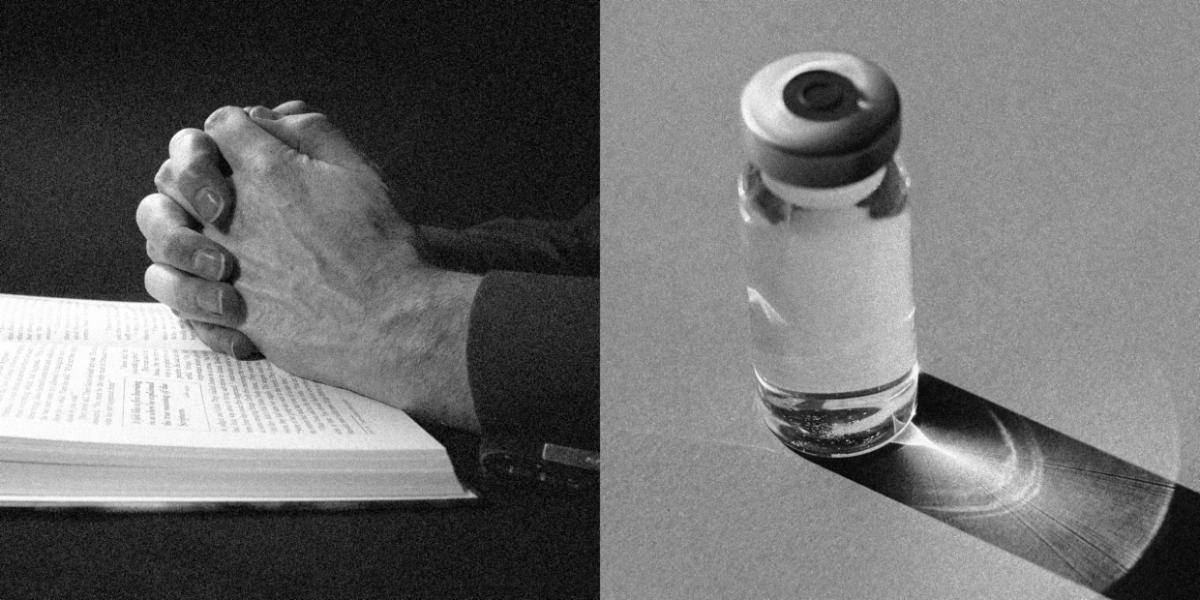 Religion, Vaccine Hesitancy and the Workplace

Last month, MSNBC opinion columnist Jarvis DeBerry wrote about the various conflicts surrounding vaccinations in the professional world. For example, evangelical Christian radio host Dave Ramsey fired a video editor for displaying a “weakness of spirit” after seeking better COVID-19 precautions in his workplace. In another case, the National Religious Broadcasters fired a spokesperson after he said that getting vaccinated was his interpretation of loving one’s neighbor. DeBerry writes that religious exemptions to COVID-19 vaccination mandates “may have Americans convinced that to be religious in America means to be recklessly indifferent to COVID’s dangers.” Citing PRRI data, he notes that majorities of all major religious groups (60%) believe “there are no valid religious reasons to refuse a vaccine.” The only religious groups that disagreed were white evangelical Protestants and other Protestants of color. “To make sense of it,” DeBarry says, “we have to consider that any concern about illness proves a lack of faith, a belief that makes sense only to those who think religious devotion and sickness can’t coexist.” He notes that the PRRI survey found that only 1% of people who describe themselves as vaccine refusers, and only 11% who say they’re vaccine hesitant, say they would be more likely to consider vaccination if a religious leader encouraged them to do so.

Aniya Akhtar of the Organization for World Peace recently analyzed Pope Francis’ reinforcement of the legitimacy and importance of the COVID-19 vaccine. Last week, the Pope delivered “one of his most assertive statements on vaccinations,” describing inoculation against COVID-19 as a “moral obligation.” The Pope also rejected rhetoric that discourages vaccination as “baseless information.” Akhtar goes on to emphasize the timing of the Pope’s message; there were an average of 2.7 million cases emerging worldwide each day as the Omicron variant surged globally. She describes how the Pope’s support for the vaccine illustrates the “evolving and nuanced culture around vaccination,” with suspicion in the United States arising from certain religious denominations. A PRRI-IFYC survey found two-thirds of Americans believe that non-vaccinated individuals are putting the general public at risk, with frustrations specifically targeted at those who claim religious exemptions. Akhtar concludes that, as we enter the third year of the pandemic, the Pope’s endorsement of the vaccine exemplifies “the larger role religious leaders play in ensuring public health.”

In his latest #WhiteTooLong Substack post, PRRI founder and CEO Robert P. Jones recalls a “refreshing” conversation last year with the Rev. Dr. Jacqui Lewis, senior pastor at New York City’s Middle Collegiate Church. Lewis, author of Fierce Love: A Bold Path to Ferocious Courage and Rule-Breaking Kindness That Can Heal the World, spoke with Jones as part of her Love Period podcast. Friends for the past decade, Jones and Lewis hold an in-depth discussion on their shared background and ties to Mississippi, the factors that drive white supremacy, and the difficulty of looking more closely at our own beliefs. “There are so few institutions, whether they’re churches or civic organizations, that enable people to come together across lines of racial difference. There just aren’t that many out there. So I think we’ve got to nurture the ones that we have. …What really changes hearts is relationships,” Jones stated. To listen to the 40-minute conversation, read Jones’ latest Substack post here.