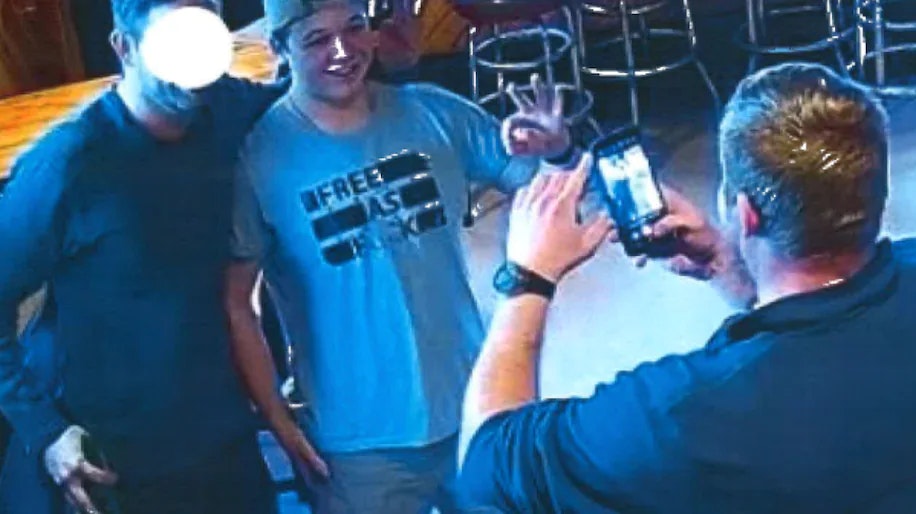 In his latest #WhiteTooLong Substack post, PRRI founder and CEO Robert P. Jones discusses the acquittal of Kyle Rittenhouse, capturing the heartbreaking brazenness of white supremacy in 2021: “Just 90 minutes after pleading not guilty to murder and weapons charges in January, Rittenhouse appeared at a Mt. Pleasant, WI, bar in a T-shirt that read ‘Free as F^(<,’ and drank three beers, despite being underage. He then posed for photos with members of the Proud Boys while flashing an ‘Ok sign,’ a hand signal adopted by the alt-right to signify ‘white power.’ Later that week, Rittenhouse traveled to Miami to meet with the leader of the Proud Boys movement.” Jones cites data from PRRI’s 2021 American Values Survey that demonstrates Rittenhouse is not an American aberration: one-quarter of white evangelical Protestants (26%) and three in 10 Republicans (30%) agree with the statement, “True American patriots may have to resort to violence if that’s what it takes to save the country.” Jones concludes, “Today, for an alarming number of white conservative Christians, the mark of Christian faithfulness is not a love that inspires them to lay down their lives for their friends, but a defensiveness that lures them to take the lives of their fellow citizens.” Sign up to receive the #WhiteTooLong Substack directly to your inbox each week here.

The White Evangelical War on Truth

Kentucky pastor Joel Bowman, Sr., writing for Baptist News Global, highlights six ways in which he says white evangelical leaders and churches have waged a war on truth in the pursuit of political power, including the spread of misinformation on COVID-19, masks and vaccination. While there are a few prominent white evangelical leaders who are encouraging people to get vaccinated, some of them engage in what Bowman calls a Trumpian “rhetorical two-step,” giving followers permission to prioritize their own “personal freedoms” rather than the needs and care of others. PRRI Director of Research Natalie Jackson adds additional context, noting, “If anything the pattern of white evangelical resistance to vaccination has reached the point where some white evangelical leaders who might otherwise urge vaccination hesitate to do so because of the political climate.” PRRI data from the 2021 American Values Survey shows there is a strong correlation between Americans’ vaccination status and their approval of Biden’s handling of the pandemic. Among the unvaccinated, just one in three (29%) approve of Biden’s handling of COVID-19, whereas among the vaccinated, two in three (67%) approve.

Someone Tell Michael Flynn that Theocracy is Un-American

The Dallas Morning News Editorial Board examines how former National Security Advisor Michael Flynn set off a firestorm with calls for an American theocracy at a rally inside a packed church in San Antonio. Speaking at the “ReAwaken America” event on Nov. 13, Flynn said, “If we are going to have one nation under God, which we must, we have to have one religion.” The editorial noted recent PRRI data on the importance of religious pluralism in American society: “Even more concerning, thousands of Americans say they would prefer the religious hegemony Flynn describes, according to the Public Religion Research Institute. In a PRRI survey released this month, only 13% of white Evangelicals prefer religious diversity, while 57% of them agree with the statement, ‘I would prefer the U.S. to be a nation primarily made up of people who follow the Christian faith.’ White evangelicals are the only religious cohort in America from which a majority holds that view.”