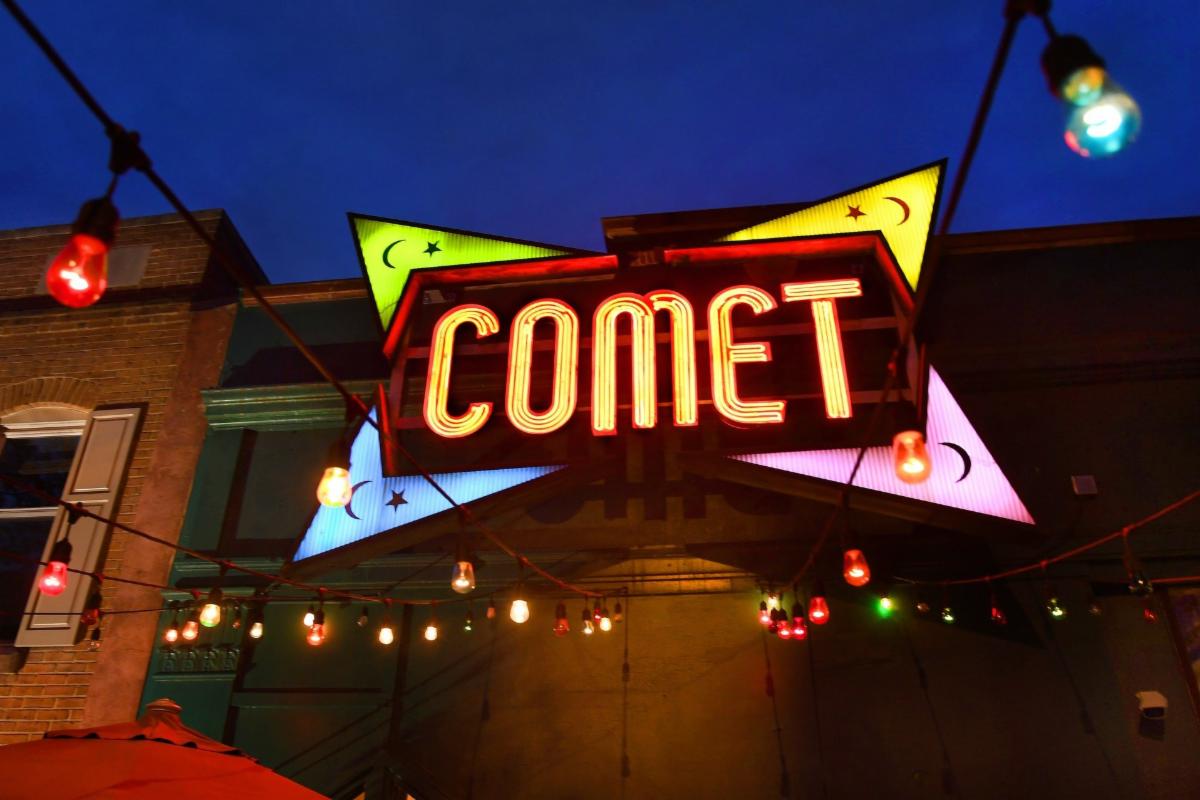 Melissa Gira Grant for The New Republic delves into the Pizzagate conspiracy theory and how it is correlated to recent efforts to marginalize the LGBTQ community. Gira Grant explains that “where once most elected Republican officials would […] distance themselves from Pizzagate-pushers out on the fringe, that wall has largely eroded;” the word “groomer” now has echoes of the pedophilia claims that drove a 2016 attack on Comet Ping Pong in Washington, DC. The outcome can now be seen in attacks on LGBTQ people and far-right extremists showing up at Pride events.

Joe Doyle, a prominent supporter of the while nationalist American Populist Union, recently taunted families standing outside of a family-friendly drag show, saying, “I wonder if the mama bear instinct is gonna come out in three years when the mainstream Democrat[ic] party platform is to rape their kids.” According to CNN, this weekend in Coeur d’Alene, Idaho, 31 men believed to be linked to a white nationalist group had plans to riot at a weekend Pride event, equipped with shields and masks, and were arrested as a result. PRRI research found that 25% of Republicans identify “as believers of the Pizzagate successor QAnon,” as “the far right’s capacity for street violence has grown,” Gira Grant writes.

The Nuances of Abortion Polling

Melissa Cedillo for Sojourners describes the recent rise in polling around the legality of abortion based on a forthcoming U.S. Supreme Court decision that will likely overturn Roe v. Wade. PRRI Director of Research Natalie Jackson told Sojourners that polls have the ability to highlight whether public policy is aligned with public opinion. “Polling is one of the few institutionalized ways people can have their voice heard outside of voting,” Jackson said. Cedillo highlights that perceived discrepancies in poll results often lie in how the survey questions were asked.

Kevin Singer, head of media and public relations at Springtide Research, stated that people who are against legalization except for “rare occasions” might disagree on what those occasions look like. Furthermore, a group that says they are for “legalizing abortion” might differ if the survey defines abortion as legal up to a certain week of pregnancy. “If you talk to people about the issue, you’ll get a lot of nuance. So, of course, when we survey people about it, we get a lot of nuance, too,” Jackson explains. PRRI found that 54% of Americans say abortion should be legal in most cases (31%) or all cases (23%). Cedillo writes that to come to this conclusion, PRRI conducted more than 40,000 telephone interviews over the span of nine months and avoided asking respondents if they are “pro-choice” or “pro-life.”

Detroit-Area Physician: Abortion Would Have ‘Saved My Mother’s Young Life’

Niraj Warikoo for the Detroit Free Press reports on a doctor who is speaking out against the overturning of Roe v. Wade. Yahya Basha is a well-known physician and “prominent community leader in the Arab American and Muslim communities.” The recent U.S. Supreme Court leak caused Basha to reflect on losing his mother when he was 16; his father confided that the couple wanted to terminate the pregnancy because Basha’s mother’s body could not handle it. His mother, who had given birth to nine children in Syria, died in childbirth after failing to find a doctor who could perform the abortion.

“For the past 50 years, one of [America’s] freedoms has been for people to make their own choices regarding reproductive health, the kind of choice that could have saved my mother’s young life if it had been available to her.” Warikoo writes that Basha immigrated to America a half-century for a medical residency after excelling in school in Syria, and has helped bring siblings and other relatives to the United States, with about 30 medical doctors in the Basha family here today. Warikoo cited PRRI data from 2018 noting that slightly more than half of Muslims (51%) support the legality of abortion, with support at 45% among Catholics, 70% among Jews, and 31% among white evangelical Protestants.