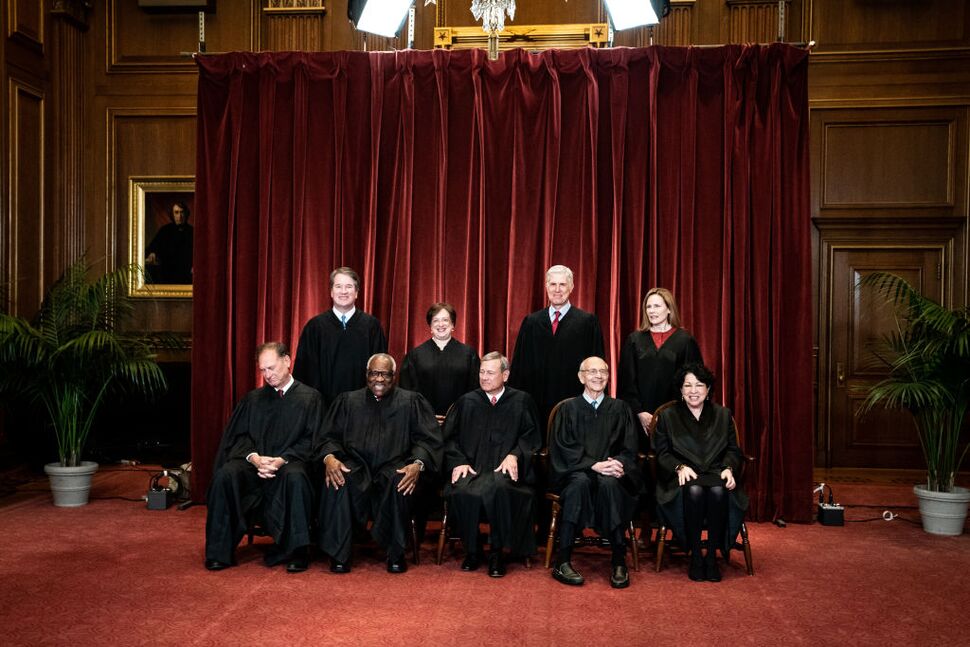 ‘Out of Step’ Supreme Court’s Reputation Hits a New Low

Susan Milligan for U.S. News and World Report analyzes the sharp decline in approval for the U.S. Supreme Court in the wake of the reversal of Roe v. Wade. Sam Erman, a USC Gould School of Law professor who clerked for Supreme Court Justices John Paul Stevens and Anthony Kennedy, stated, “When the court gets too far out of step with public opinion, then it starts to look more like a political actor and it starts to undermine its legitimacy.”

According to a recent Gallup poll, only 25% of the public has faith in the Supreme Court — a new low, and down from 31% in 2021. Further, a recent poll by the Marist Institute for Public Opinion found that a majority of the public (57%) thinks the Supreme Court ruling reversing its 1973 Roe decision was motivated by politics, while only 36% believe the decision was driven by the law. “The legitimacy of democracy comes from the belief by people that the institutions are serving their stated purpose,” said Robert P. Jones, Ph.D., president and founder of PRRI. “[The court] is so wildly out of touch with where the country is — even where the religious sector is,” Jones said. Duke University School of Law Professor Neil Siegel highlights that a majority of the high court was appointed by presidents (George W. Bush and Donald Trump) who did not win the popular vote.

The Political Outliers Among Older Voters

Despite conventional wisdom that there is an age gap in our political ideologies today, a small percentage of older Americans’ political priorities are more in line with Generation Z, Alex Samuels for FiveThirtyEight reports.

Americans over 65 are more likely to belong to two demographic groups — white and religious — that also tend to vote Republican, according to research. That said, Samuels also cites the 2020 Cooperative Election Study, which found that about 6% of Americans born in 1955 or before identified as “very liberal,” 12% as “liberal,” and another 7% as “somewhat liberal,” compared to roughly 50% of Americans in the same group who said they were “somewhat” or more conservative. PRRI research found that Americans ages 65 and older were “25 points more likely” to say that America’s “culture and way of life” had mostly changed for the worse since the 1950s, a common refrain among GOP voters today. As the Democratic Party becomes increasingly multiracial, Samuels summarizes that older white voters — especially those with racially conservative views — might be turned off from supporting left-of-center candidates as there is a perception among voters that Democrats are already “too liberal.”

The Impact of Gerrymandering and Polarization on Political Polling

PRRI Research Director Natalie Jackson, Ph.D., debuted a new column for the National Journal, with the first weekly installment analyzing how polarization has impacted pollsters’ ability to predict the number of House seats that may flip in the coming midterms. In a reversal from typical trends, she said that Republicans took the lead in polling averages on the congressional generic-ballot question in late 2021 and have remained a few percentage points ahead of Democrats since; Jackson says the impact of this polling isn’t as significant as it may seem. She underscores that gerrymandering has reached new extremes, with a “Republican-favoring map set for the 2022 elections that has fewer competitive seats than we’ve seen in decades.”

The more recent development Jackson covers is the current lack of close races, as the number of competitive districts has trended downward for the last 30 years. She also calls attention to “expressive responding,” which CNN polling editor Ariel Edwards-Levy said “seems to be infiltrating all sorts of survey questions.” Jackson defines the term as respondents giving the answer that aligns with their partisanship, regardless of what the question is asking. In conclusion, she writes that “all approaches to guessing exactly how many seats will change hands need to account for the reality of gerrymandering and polarization.” Her debut “Leading Indicators” column will be available for those who do not subscribe to the National Journal until July 16.