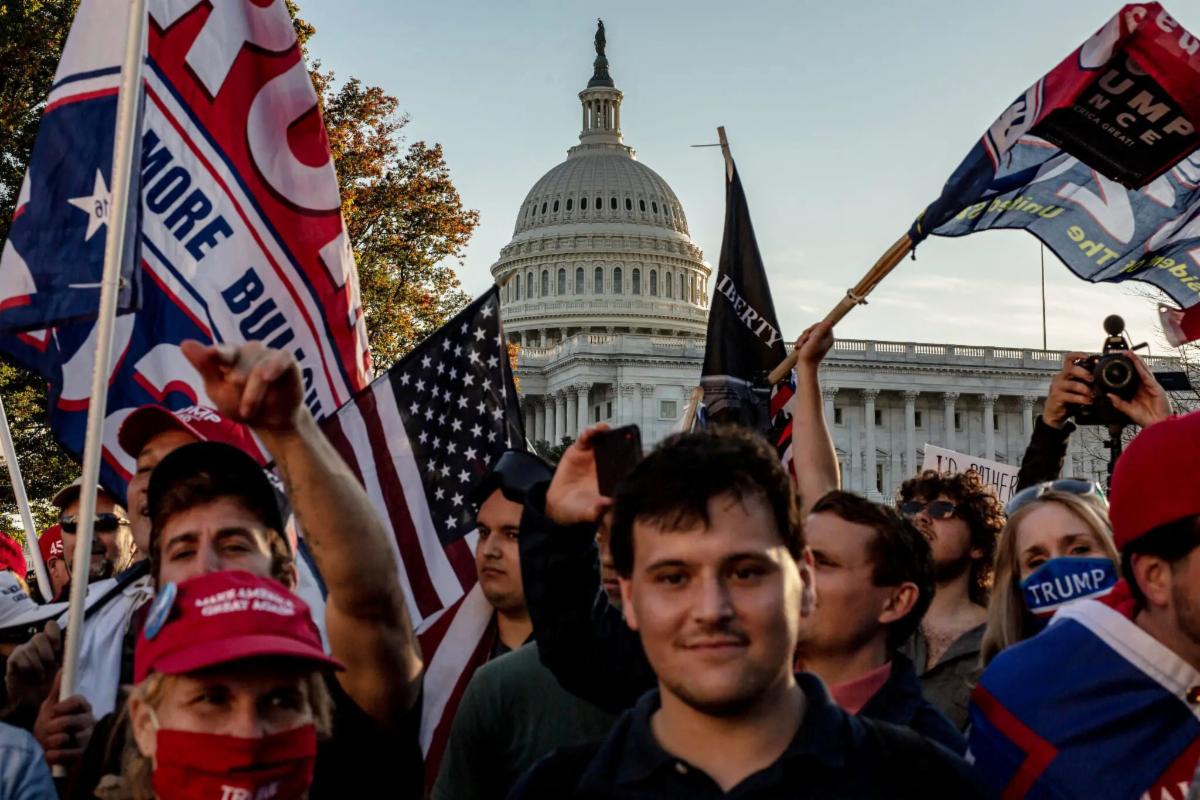 Thomas Edsall for The New York Times analyzes the “deepening gender gap in American voting,” and the reasoning behind the presence of Democrat men and Republican women despite partisan norms suggesting the opposite. Washington College political scientist and PRRI board chair Melissa Deckman and University of Delaware political scientist Erin Cassese published research on “gendered nationalism” to determine who is more likely to believe that American society has grown “too soft and feminine.” Their research found 56% of men agreed that the United States has grown too soft and feminine, compared to only 34% of women. The difference was more pronounced when it came to Democrat men versus their GOP counterparts: among those with college degrees, 9% of Democrat men believed the statement, compared to 73% of Republican men.

Brian Schaffner, co-director of Harvard’s Cooperative Election Study, notes that “[Democrat] men and women have very similar issue positions, but Republican women are consistently less conservative on the issues compared to Republican men.” PRRI Director of Research Natalie Jackson provided data underscoring this point: on the subject of providing undocumented immigrants a pathway to citizenship “provided they meet certain requirements,” 76% of Democrat women and 77% of Democrat men agreed, while the split was 46% and 39%, respectively, among Republicans.

Despite Public Opposition, the Supreme Court May Fundamentally Change the Trajectory of LGBTQ Rights

In a new spotlight analysis, PRRI Public Fellows R.G. Cravens III, Jonathan S. Coley, and SJ Crasnow address the question of how conservative rulings at the U.S. Supreme Court may affect LGBTQ Americans. The authors focus on a federal court case, 303 Creative v. Elenis, which the U.S. Supreme Court will hear during its next term. The case challenges a Colorado civil rights law that prohibits businesses open to the public from discriminating against people because of their sexual orientation. According to the Movement Advancement Project, 32 states and the District of Columbia have similar laws. If the Supreme Court rules against Colorado, the authors speculate that it could undermine these protections across the country and have repercussions for how LGBTQ people are treated. “Because of the legal theory at the heart of the case—which suggests that public accommodation laws may violate some companies’ right to free speech—a decision against Colorado would provide a novel loophole to the Supreme Court’s ruling in Bostock v. Clayton County, which otherwise prohibits private businesses from discriminating against customers on the basis of their sexual orientation or gender identity.”

In the case of 303 Creative, “the team of evangelical Christian lawyers who brought the suit is not arguing that Colorado’s civil rights law violates a business owner’s right to practice their religion but instead that it violates free speech rights,” and that “this conflation of the discriminatory denial of services with protected speech creates, in the words of opponents, ‘a license to discriminate.’” The authors conclude by saying the high court’s decision in 303 Creative could further encourage lawmakers to introduce more anti-LGBTQ laws, just as recent court decisions have emboldened state legislators to enact new abortion restrictions. PRRI research found that most Americans oppose laws that allow business owners to discriminate against LGBTQ people on the basis of their religious beliefs. Although roughly 9 in 10 Americans believe that people should be free to follow their religious beliefs provided that they do not cause harm to others, most Americans “seem to believe that exemptions to nondiscrimination laws would indeed significantly harm a marginalized population.”

Reflections on the Weight of White Christian Innocence

In his latest #WhiteTooLong Substack post, PRRI founder and CEO Robert P. Jones describes mounting legislation against critical race theory and LGBTQ rights as it advances in varying states throughout the country. “Prodded along by cynical GOP operatives searching for a mid-term election weapon, white conservative Christians are expending enormous energy decrying critical race theory, attempting to restrict how the history of racism in the U.S. is being taught to our kids, and banning or burning books on these topics.” Jones states that the “ruptures of the last two years hold deeper lessons,” highlighting the calls for racial justice in the wake of George Floyd’s murder in 2020, as well as the subsequent backlash to the Black Lives Matter movement. Jones describes the latest raft of anti-LGBTQ bills and efforts to ban integral subjects from our history as “desperate ploys to cling to white innocence.” He states, “as the racial, ethnic, and religious demographics of the country continue to shift, preserving the myth of white Christian America will take increasingly heavy-handed efforts by a shrinking and aging group of white conservative Christians.”

PRRI’s 2020 Census of American Religion found white Christians make up just 44% of the country. Over the last few decades, the proportion of the U.S. population that is white Christian has declined by nearly one-third. Jones concludes by saying that the world is watching America navigate this transition in the life of our nation. “If we white Christians lay aside the exhausting, never-ending efforts to maintain our innocence and prevent honest conversations about our past, we might just experience another New Testament promise: that the truth sets us free.” Subscribe to Jones’ #WhiteTooLong Substack here.