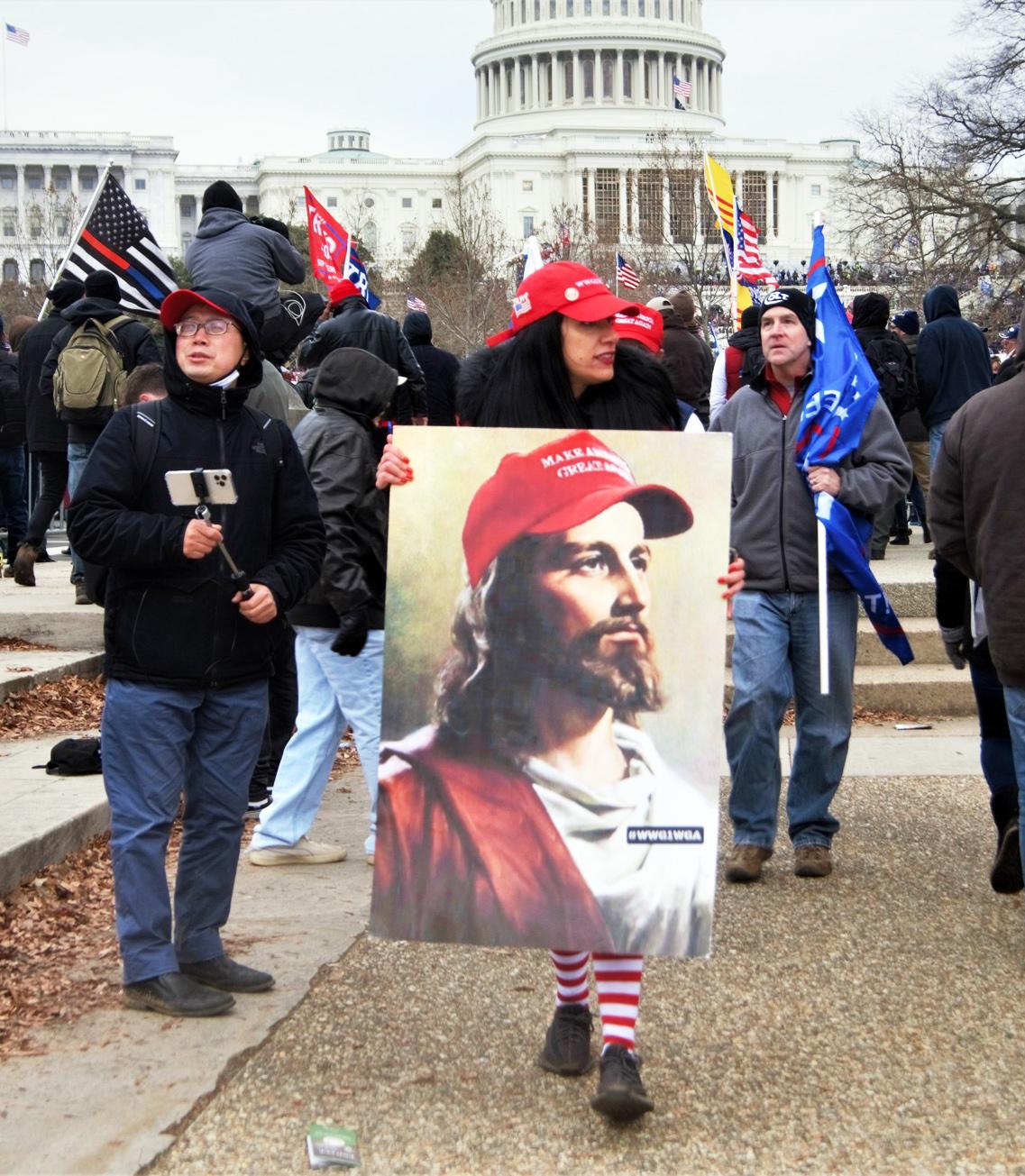 Reflecting on the one-year anniversary of the U.S. Capitol insurrection, PRRI Research Director Natalie Jackson analyzed data on Americans’ opinions about the event. Writing for FiveThirtyEight, she says, “Views of the day and the driving beliefs behind it have remained largely locked from where they were in late January 2021… Republicans have continued to blame everyone except Trump for what happened that day.” Jackson cites a PRRI poll fielded shortly after the insurrection in which only 18% of Republicans said Trump held “a lot” of the blame for what happened versus 57% of Americans overall. She notes that even nine months after the siege, those opinions continued to hold strong.

In PRRI founder and CEO Robert P. Jones’ reflection on the Capitol attack, he highlights the “Christian symbols and rhetoric” openly exhibited that day, including “Jesus 2020” flags with a design identical to the Trump campaign flag. Jones writes: “This attack on our democracy was animated not just by fealty to a single leader but also by deeper allegiances to both white supremacy and Christianity.” Sign up for Jones’ #WhiteTooLong Substack here.

Republicans Remain Entangled in the Big Lie, QAnon, and Temptations toward Political Violence

Many of the troubling attitudes on display in the nation today stem from contention surrounding the 2020 election. In PRRI’s recent spotlight, “Ahead of Anniversary of 1/6 Insurrection, Republicans Remain Entangled in the Big Lie, QAnon, and Temptations toward Political Violence,” some key findings from the autumn’s 2021 American Values Survey are highlighted, including the resolute adherence of Republicans to Trump despite the insurrection and the casualties it caused.

‘Competing Visions of America’ as the Nation Observes a Somber Anniversary

In the days leading up to the anniversary of the January 6 insurrection, PRRI’s 2021 American Values Survey report, “Competing Visions of America: An Evolving Identity or a Culture Under Attack?” has been cited by an array of media publications covering the causes and aftermath of the U.S. Capitol riot.