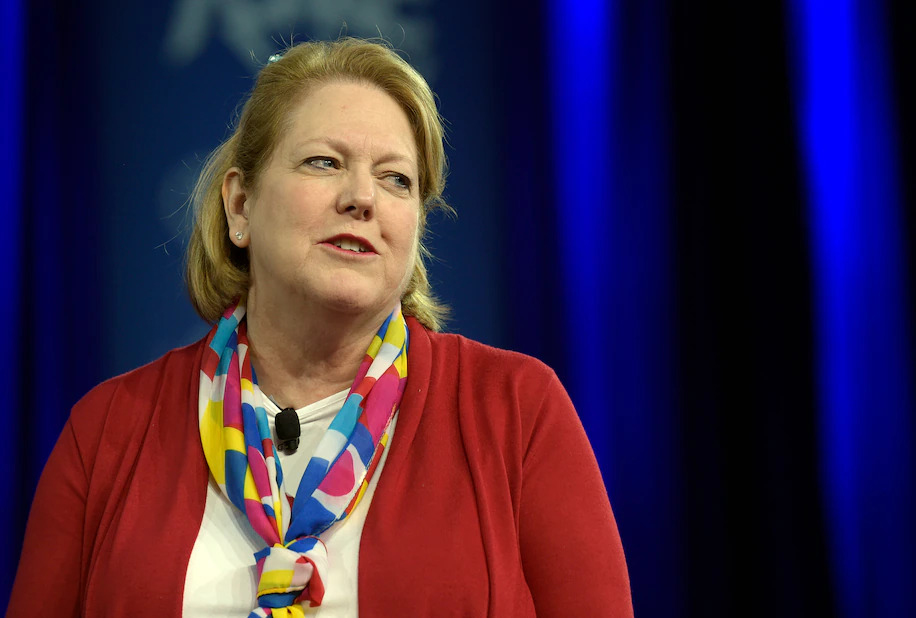 Greg Sargent for The Washington Post reports on the bombshell news that U.S. Supreme Court Associate Justice Clarence Thomas’ wife, Virginia Thomas, strongly encouraged former President Donald Trump’s attempt to overturn the 2020 presidential election. Text messages between Virginia Thomas and then-White House Chief of Staff Mark Meadows reference “Jesus Christ’s otherworldly role in delivering the election to Trump,” with Meadows describing the attempt to overturn the election as “a fight of good versus evil,” saying that the “King of Kings” would ultimately “triumph.” MSNBC “Morning Joe” host Joe Scarborough delivered an emotional response about Meadows “summon[ing] the name of Jesus Christ for his help in overturning American democracy.” Sargent writes that this level of shock actually indicates “the role of right-wing Christian nationalism in driving Trump’s effort to destroy our political order.” Meadows, who managed evangelical outreach in the White House, was echoing Christian nationalist sentiment that has been in support of Trump both throughout his presidency and in his attempt to overturn a free and fair election. Earlier this year, Sarah Posner for Rolling Stone “extensively documented” the various efforts in the attempt to overturn the election, highlighting that many on the Christian right believe Trump was “anointed” by God as “the fulfillment of a long-sought goal of restoring the United States as a Christian nation.” Posner writes that many believed the U.S. Capitol insurrection to be a “holy war against an illegitimate state.”

Sargent also highlights that Virginia Thomas “played a key role in trying to subvert Trump’s loss [while] a leader of a group that included various Christian-right elements.” As detailed by PRRI founder and CEO Robert P. Jones, on the day of the insurrection there were “crosses, ‘Jesus Saves’ signs and ‘Jesus 2020’ flags that mimicked the design of the Trump flags” that were “comfortably intermingled with…explicit symbols of white supremacy.” While Christian nationalism has focused on varying enemies of its conception for a Christian nation, in truth, a multidenominational, multiracial democracy is producing a country that is unacceptable to that Christian nationalist vision, Jones stated. PRRI research found that a majority of white evangelical Protestants (60%) and around four in ten white Catholics (40%) and white mainline (non-evangelical) Protestants (37%) believe that the election was stolen from Trump. Among those who think the 2020 election was stolen from Trump, 39% agree that true American patriots might have to resort to violence in order to save our country.

Americans Want To Return to Normal. But Also They Don’t: COVID Surveys Paint A Muddy Picture

PRRI Research Director Natalie Jackson recently wrote for The Atlantic on the varying attitudes of Americans about “returning to normal” after two unpredictable years of a global pandemic, and why the results may not be clean cut. Jackson cites a February Washington Post/ABC News poll that found 58% of Americans believe controlling the spread of the coronavirus is more important than loosening restrictions on normal activities. A contradicting Yahoo News/YouGov survey from the same week found that 51% said we need to learn to live with COVID-19 and get back to normal. There are multiple examples of opinions across both sides of the spectrum. She goes on to address the question of whether Americans are conflicted or if the polling surrounding the pandemic is off, and what Americans actually think.

Since 2016, the legitimacy of public polling data has been challenged, issues that Jackson notes worsened in 2020. Some researchers attribute this inaccuracy to a “nonresponse error,” which is the idea that there are Trump supporters who don’t participate in polling due to their mistrust of institutions but who do turn out to vote. However, there are distinct differences between pre-election polls and issue-specific COVID polls: namely that pre-election pollsters “want to include in their surveys only people who are going to vote in the upcoming election—at most about two-thirds of eligible voters,” which Jackson underscores is prone to error. COVID polling, on the other hand, addresses all American adults without any additional complication of whether or not they are registered to vote. With the introduction of vaccines, polling firms began asking about attitudes toward inoculation in their surveys, and Jackson states that high-quality polls have done a reasonable job of measuring COVID-vaccination behavior. In regard to what people think about masks, vaccine requirements, and opening up the country, even amidst ongoing infections, Jackson wrote, if the “plurality of Americans are in the cautious-but-move-on category, that leaves a lot of space for different opinions on particular mandates and restrictions—and perhaps even a willingness to go along with whatever the government chooses.”

Jaclyn Diaz for NPR News reports on Gov. Ron DeSantis signing the “Parental Rights in Education” bill, which bans public school teachers in Florida from classroom instruction about sexual orientation or gender identity. Supporters of the new law, which critics refer to as the “Don’t Say Gay Bill” say it is “meant to allow parents to determine when and in what way to introduce LGBTQ topics to their children;” it also enables parents to sue a school district if the policy is violated. During a press conference before the law was signed, DeSantis stated that teaching kindergarten-aged kids that “they can be whatever they want to be” was “inappropriate.” He went on to say, “It’s not something that’s appropriate for any place, but especially not in Florida…I don’t care what Hollywood says. I don’t care what big corporations say. Here I stand. I am not backing down.” The law is set to take effect July 1.

PRRI Intern Madeline Snodgrass recently wrote a spotlight analysis explaining that, although the law only mentions kindergarten through third grade, “some believe that the vaguely worded language in the bill could cause parents to protest discussions of sexual and gender identity at all levels of schooling.” Snodgrass additionally notes that the goal of the bill is to “reinforce [the] fundamental right of parents to make decisions regarding upbringing and control of their children.” Recent research from PRRI found that eight in ten Floridians (80%) are in favor of nondiscrimination laws protecting LGBTQ people, with 40% strongly in favor. Also, 66% of Floridians are opposed to religiously based service refusals to gay and lesbian couples, and 68% support allowing gay and lesbian couples to marry. Support for pro-LGBTQ policies is popular across the party spectrum. A vast majority of Florida Democrats and independents support nondiscrimination protections (87% and 83%, respectively), oppose religiously based service refusals (87% and 66%, respectively), and support same-sex marriage (82% and 75%, respectively). Around seven in ten Florida Republicans support nondiscrimination protections (69%), while around half oppose religiously based service refusals (48%) and support same-sex marriage (49%). Snodgrass concludes that these survey results indicate that the state’s majority-Republican legislature is out of step with the overwhelming majority of Floridians, including at least half of Florida Republicans, who generally support pro-LGBTQ policies.