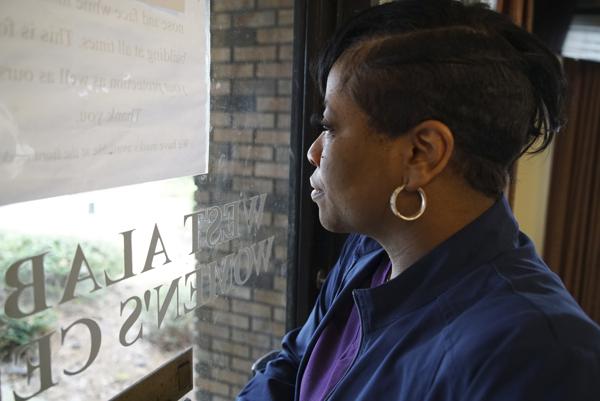 ‘God Is on Our Side,’ Say Abortion Providers

Claire Galofaro for AP News writes that, although “the loudest voices in the abortion debate are often characterized along a starkly religious divide,” the truth is “much more nuanced.” She spotlights an Alabama clinic, the only facility within two hours in every direction, where the staff are mostly Black and “deeply faithful Christian women [who] have no trouble at all reconciling their work with their religion.” While many of the center’s patients are college students, others travel from around the state and even some neighboring states. Many of their clients are Black, many already have children, and more than 75% survive below the poverty line. Kendra Cotton, a member of the Black Southern Women’s Collective, stated, “The white evangelical worldview that abortion is murder has consumed the conversation, flattening the understanding of how religion and views on abortion truly intersect. We know that Christianity supports freedom, and inherent in freedom is bodily autonomy.” She added that the idea of the state restricting what a person can do with their own body is reminiscent of being under someone else’s control—slavery.

A nurse at the Alabama clinic told Galofaro that, based on the stories she has heard from patients, she can’t imagine trying to mandate that people be forced into motherhood. One of the nurse’s patients was a woman who had cancer and who wanted the child but couldn’t continue chemotherapy while she was pregnant. Galofaro writes that the clinic workers call on a higher power: “God is on our side, they tell each other. God will keep this clinic open.” PRRI research found that nearly 70% of Black Protestants believe abortion should be legal in most or all cases, while only 24% of white evangelicals Protestants believe the same.

The Link Between White Christian Nationalism and Domestic Terrorism

Robert P. Jones, PRRI CEO and founder, writes for TIME on the ongoing, pervasive violence of domestic terrorism that continues to cause unnecessary loss of life and harm to countless families and communities. Jones said there has always been a desperate desire to preserve western European Christendom, which is at the center of “great replacement” logic. He writes: “Far too many contemporary analysts, and even the Department of Justice, have not seen clearly that the prize being protected is not just the racial composition of the country but the dominance of a racial and religious identity.” Warning that, if the nation fails to acknowledge the power of this “ethno-religious appeal,” we could both misconstrue and underestimate the power of the current looming white supremacist and domestic terrorism threat.

Jones notes that among white Americans, there is a two-thirds overlap between beliefs in Christian nationalism and replacement theory, and that both views are associated with higher support among whites for political violence. White Americans who agree that, “God intended America to be a promised land for European Christians,” are four times as likely as those who disagree with that statement to believe that, “True American patriots may have to resort to violence in order to save our country” (43% vs. 10%). Jones concludes that there is a troubling religious double standard in the United States. “If these same kinds of appeals and violent actions were being made and committed by Muslims, for example, most white Americans would be demanding actions to eradicate a domestic threat from ‘radical Islamic terrorism.’ …But because Christianity is the dominant religion in this country, its role in supporting domestic terrorism has been literally unspeakable.”

Kelsey Dallas for Deseret News reports on communities nationwide “locked in conflict” over the application of religious freedom protections in the business context. In the high-profile 2017 case Masterpiece Cakeshop, Ltd. v. Colorado Civil Rights Commission, the U.S. Supreme Court ruled 7-2 that Colorado had “failed to respect the baker’s religious exercise rights.” Dallas wrote at the time that Kristen Waggoner, counsel of record for the baker, said in a press call that the ruling highlighted the need for tolerance and respect, adding that the justices “held that religious hostility has no place in our pluralistic society.” Dallas now writes that the court ruled for Masterpiece Cakeshop without addressing how to balance religious freedom and LGBTQ rights, and that the decision “instead focused on how Colorado officials had treated the baker as his discrimination case played out; justices said that even unpopular religious beliefs must be respected.”

In February, the Supreme Court agreed to hear a similar case which will be argued this fall. Justices will decide in 303 Creative LLC v. Elenis if a website designer can refuse to provide services for LGBTQ couples based on the designer’s opposition to same-sex marriage. SCOTUSblog reported earlier this year that, “Colorado law prohibits businesses that are open to the public from discriminating against gay people or announcing their intent to do so.” PRRI research finds that majorities of Americans consistently oppose religiously based refusals to serve gay and lesbian people, and nearly two-thirds (66%) opposed such refusals in 2021, including majorities of almost all major religions with the exception of Jehovah’s Witnesses (49%), Latter-day Saints (44%), Orthodox Christians (43%), and white evangelical Protestants (38%).